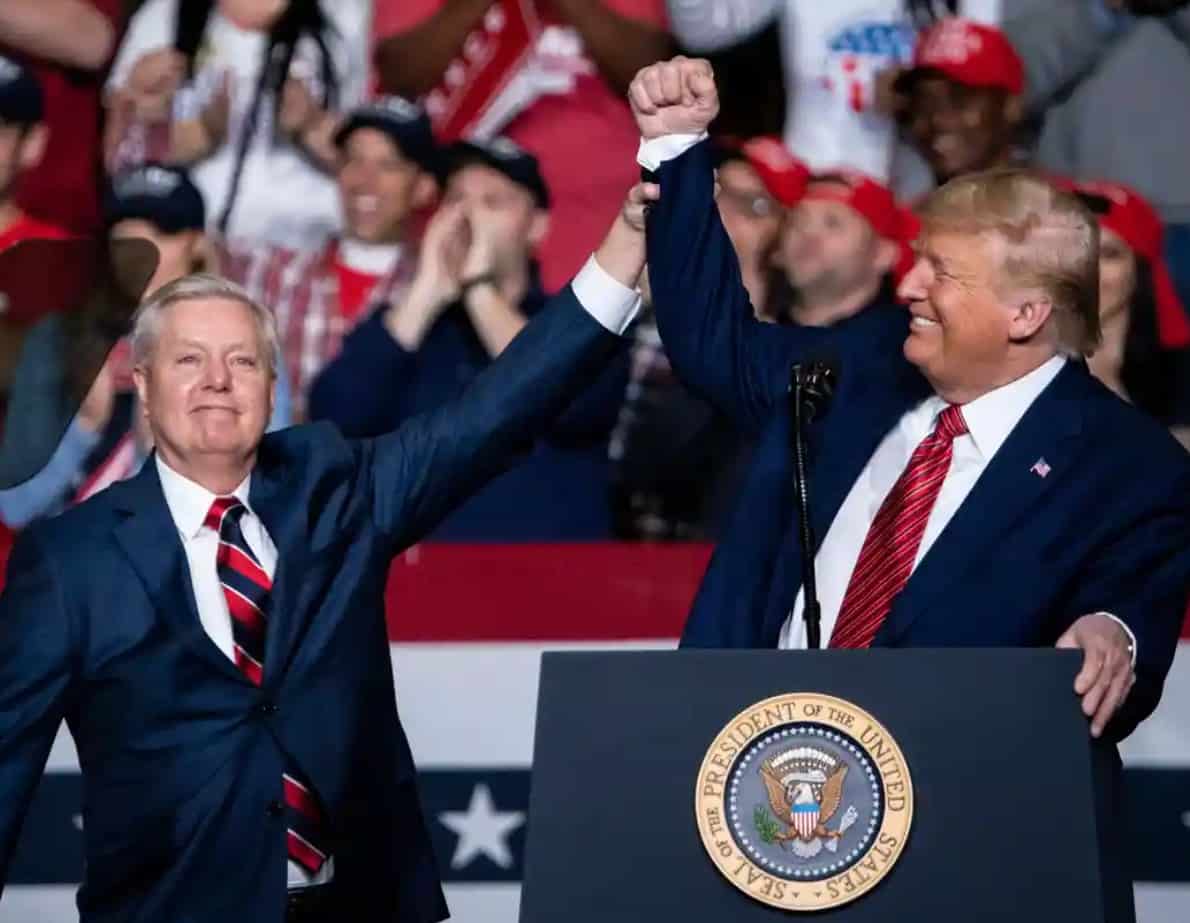 WATCH: @SenSherrodBrown reports publicly for the first time that during the attack on the Capitol he saw a maskless Sen. Graham scream at a Capitol police officer for not "doing enough" to protect the Senators pic.twitter.com/LKkfIkmfiH

A maskless Lindsey Graham allegedly screamed at a Capitol police officer during the siege on Congress last Wednesday, saying law enforcement officials did not do enough to protect politicians from President Trump’s MAGA mob.

Democratic Sen. Sherrod Brown claimed he witnessed Graham’s dramatic outburst as 75 senators huddled together in a room with their staffers amid the attack.

Brown told MSNBC’s Ari Melber on Monday: ‘Lindsey Graham started screaming at one of the officers, I think it was one of the Captains, saying “How come you didn’t protect us? It’s your job.”

‘This is the same Lindsey Graham that for the past four years… defended and argued for and encouraged and aided and abetted this President and all of his followers,’ Brown stated.

The Ohio senator claimed Graham ‘had his mask off’ and was ‘screaming at the officer from five feet away’.

Graham, one of the Republican Party’s most prominent politicians, has not responded to the allegation.  read more…