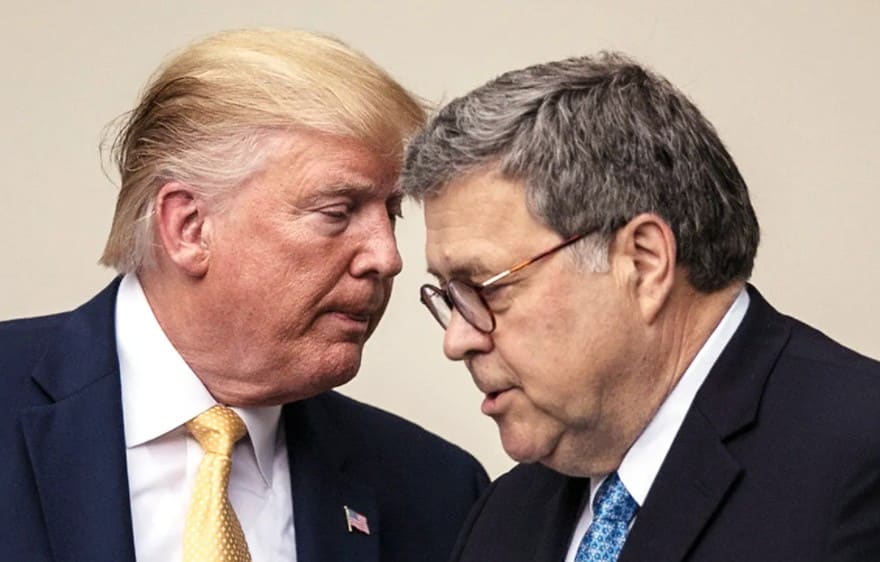 Daily Mail: “Extremists are using the encoded app Telegram to plot attacks on the January 20 inauguration of Joe Biden and share how to make, conceal and use homemade guns and bombs”

VT has identified traitors within the Department of Justice that promised to create level cover for those that attacked the Capitol.  Our sources say William Barr, who ostensibly left before Christmas, is still pulling the strings.

Under Trump and Barr, the DOJ contracted with private intelligence services deeply penetrated by Russian intelligence.  This “marriage made in heaven” promoted both the Trump and Russian agenda.

Were the DOJ to check with the CIA, they would have found out, and we believe they did exactly this, that Donald Trump has been listed as a prime Russian asset since 1991, confirmed through the highest sources.

Dozens of GOP ‘staffers’ and elected officials shared in Trump’s KGB money laundering schemes (and a handful of Democrats).  How long this went on we aren’t sure but we assume it is still going on…that many GOP leaders are still getting cash put into their Bain Capital accounts in the Cayman Islands through cutouts in Cuba.

This is confirmed through top intelligence officials and extensive direct knowledge.

Every act attempting to end the violence and exert active legal control over the processes of government are being countermanded by a rogue faction that controls the highest levels of the Department of Justice through secret organizations like the Federalist Society.

On the surface, the Federalists are a Koch funded group that tries to suppress voting and promote extremist causes.  At their heart, they serve foreign masters against the United States.

What is sedition and what is the burden of proof? (Daily Mail)

Sedition is the crime of conspiring to overthrow the government.

In the United States, it is covered under Title 18 (Crimes and Criminal Procedure), code 2384. Its official title is ‘seditious conspiracy’.

Only treason (waging war against the U.S. and aiding its enemies) – which potentially carries the death penalty – is more serious, in the section.

Devin Schindler, a law professor who once clerked for the 9th Circuit Court of Appeals, told the Detroit Free Press the events of January 6 were ‘textbook sedition’.

‘For at least some of these protesters, particularly the ones that broke into the Capitol, I think there’s an extraordinarily strong case that they used force to delay, to hinder, the execution of our laws governing the election and how electoral votes are counted,’ he said. ‘It seems fairly clear to me, based on what we’re seeing, that folks are in fact, almost textbook violating this seditious conspiracy statute by using force to interfere with lawful government activity.’

If you protested outside the Capitol, within the appropriate bounds of free speech, you couldn’t be punished because your protest would be protected by the First Amendment.

But actually entering the Capitol is not protected by the First Amendment at all, and they could be prosecuted for sedition if they violated the law by trespassing onto the Capitol in order to disrupt the ordinary workings of government.

In September, Attorney General William Barr suggested that those who protested in the aftermath of George Floyd’s murder should be charged with sedition. But that would have been unlikely to result in convictions, because there was little to suggest the protesters – some of whom certainly committed criminal acts – intended to overthrow the government.