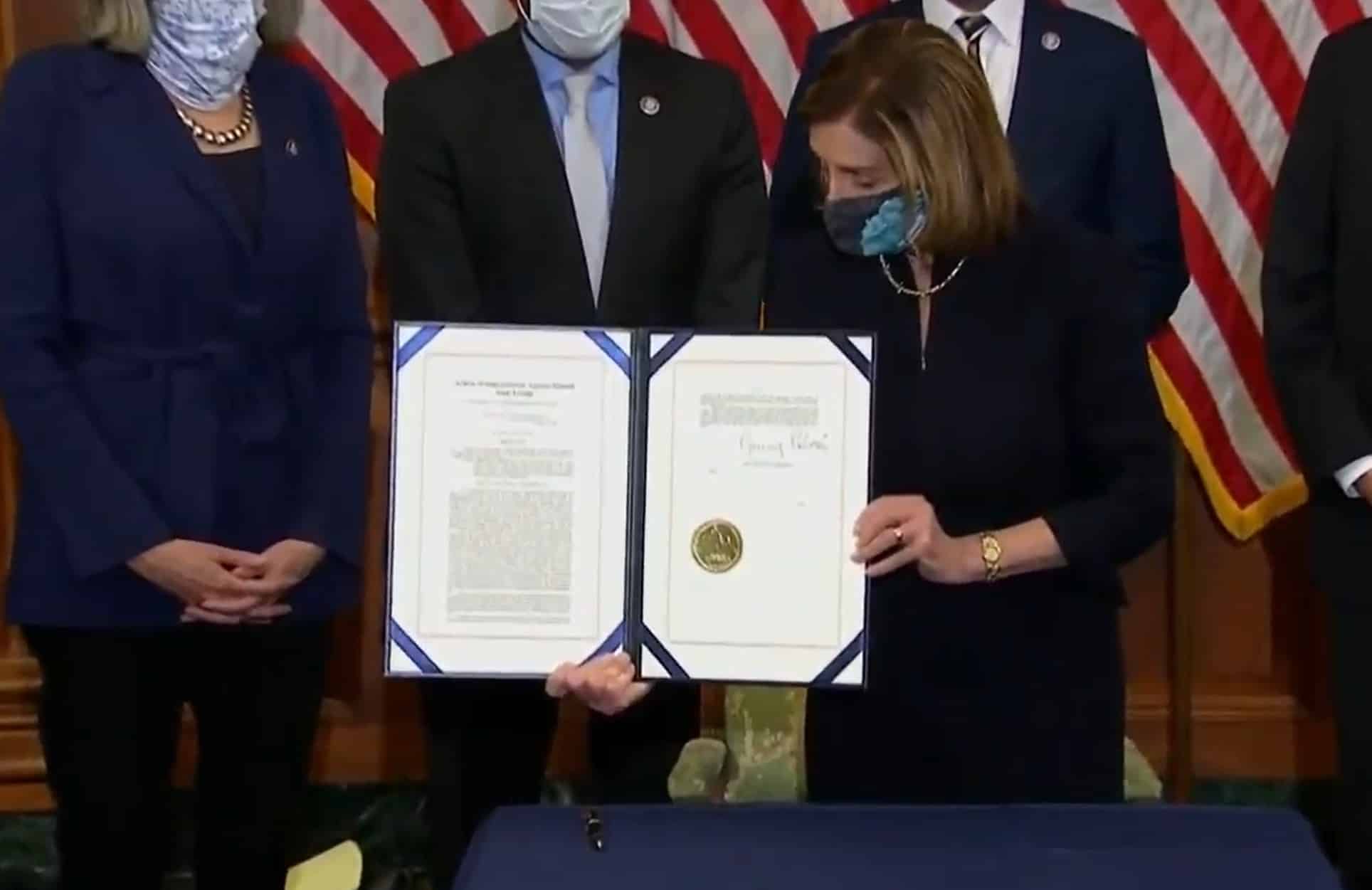 VT: The House just reached the threshold, Trump is impeached.  McConnell wants to hold off conviction until next week.

The real issue will be the trial.  McConnell blocked the first trial because not only Trump but dozens of top GOP officials and hangers on would be tied to Russian intelligence when an investigation of Ukraine began.  With the senate, under the Democrats, running a trail, criminal evidence against Trump, Ivanka, Jared Kushner and Pence will be brought forward with far more telling evidence of Pence involvement in shady deals in South America and Africa waiting to be discovered.

The charge itself, “incitement” fully constitutes felony sedition but is not an imprisonable charge until referred to a Washington Grand Jury appointed by the new AG, not yet confirmed.

Honest question: What're the capitol police there to do…if they can't arrest anyone? lol https://t.co/dpQlbmPHCD

If confirmation of the AG happens, and with a Dem majority in the Senate, that is certain, then first order of business is responding to the criminal charges which MUST include a charge of capital murder against Donald Trump and possibly Rudy Giuliani with a potential for similar charges against Don Jr and Alex Jones.

Michael Flynn’s statements are under review and may not rise to full complicity.

And the girlish swim champ…

NEW: Federal court records out of DC indicate gold medal Olympic swimmer Klete Keller, who lives in Colorado Springs, has been busted for storming the Capitol. Page below is a screen shot from arrest warrant. #9NEWS pic.twitter.com/8qHgUKwEAM

BREAKING NEWS: A man from Syracuse, Albert Ciarpelli, seen in the lower right, is listed as a “person of interest” related to the insurrection at the U.S. Capitol on Wednesday. pic.twitter.com/8XSterIlzo

US govt reveals Eduard Florea – a Proud Boy in Queens who threatened to kill people in DC – was arrested and found with:

Dramatic photos obtained by the Daily News show the moment a Queens man accused of being a Proud Boy plotting violence surrendered to the feds.

An armored FBI vehicle rolled down in Middle Village to help take Eduard Florea into custody.https://t.co/Wp4LpOts1j

Breaking: Right now Eduard Florea, brought into custody by a tank, charged with 1000 rounds of rifle ammo and US saying he threatened Senator-elect Warnock, is being detained pending trial in EDNY – unlike Mostofsky #insurrectionBlues https://t.co/LXM9IYgv2C

Trump fan Christopher Stanton Georgia ‘shot himself in chest’ and was found dead by wife after Capitol riot arrest https://t.co/VpnEAyrG9d

"how are they going to arrest every single person?” Williams said in part of a video posted to social media while inside the Capitol building. https://t.co/U5IbkKTh66

'War time': Court docs detail Cleveland Meredith's arrest following Capitol riots – He also allegedly assaulted a pedestrian on the street while in D.C., head butting the person and knocking them to the ground. https://t.co/GuTon0zf3G via @11AliveNews