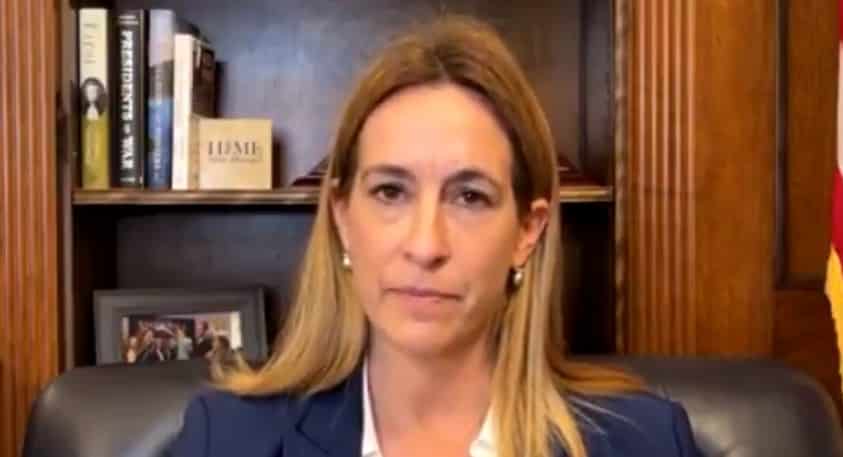 Rep. Mikie Sherrill, during a live webcast Tuesday evening, said she witnessed some members of Congress leading people through the Capitol on Jan. 5 in what she termed a “reconnaissance for the next day” when insurrectionists took part in a deadly siege on the legislative branch.

Rep Mikie Sherill is a Navy veteran and Annapolis grad who sits on the House Armed Services Committee. In this video she says she saw Congress members "who had groups coming through the Capitol that I saw on January 5th, a reconnaissance for the next day." pic.twitter.com/dxd4LadKtY

After laying out her reasons for seeking Trump’s removal, Sherill moved on to those of her congressional colleagues who, she said, “abetted” the president’s attempt to overturn the results of the election and undermine democracy by inciting a violent mob.

At a virtual Town Hall Tues Mikie Sherill (D-NJ)-who is taken very seriously on the Hill-said she witnessed 'some members' leading ppl thru the Cap on 1/5 in what appeared to be 'reconnaissance for the next day'
Other members have versions of this, too
Rioters were touring Tues

“I’m going to see they are held accountable, and if necessary, ensure that they don’t serve in Congress,” she said, speaking sedately, but severely.

Navy veteran, Rep. Mikie Sherill claims she saw members of Congress who “had groups coming through the Capitol” doing “reconnaissance for the next day”
https://t.co/bbfc5eRVSY

Sherrill’s commentary on her colleagues is below:

“We can’t have a democracy if members of Congress are actively helping the president overturn the elections results.