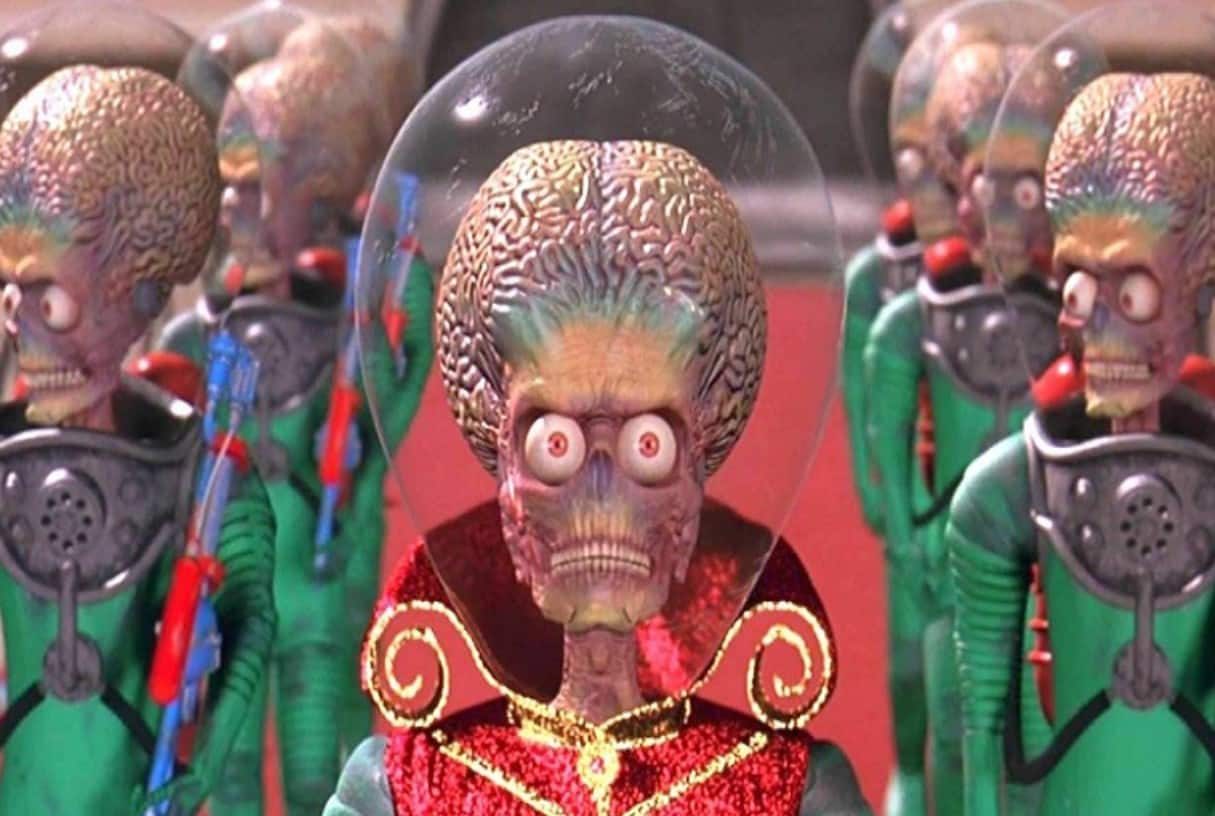 VT: GOP Rep. Marjorie Taylor Greene, also known as “Q Karen” or “Brain Bug Margie,” on secret orders from QAnon’s base on the Angry Red Planet, will be filing articles of impeachment for ‘Endangering Mars’ on January 21. Greene is under investigation for letting rioters into the capitol building on both January 5 for reconnaissance and on January 6 to kidnap and murder members of the government.

“I’ve packed all the silverware. What time does our flight leave for Moscow?” @FLOTUS #TrumpCrimeFamily #TrumpTreason pic.twitter.com/W0Ivadg20L

Greene is working with Trump’s Martial led ‘Space Force’ which, according to Q’s ‘brain bug,’ will initiate a stun attack launched from Mars against the troops and police in Washington and mass arrests can begin.  This plan is one of QAnon’s most retweeted posts remaining on twitter as below:

Marjorie Taylor Green, Lauren Boebert, Mo Brooks, Andy Biggs, Paul Gosar and 8 other House Republicans are under investigation for their roles in planning and executing the terrorist attack of The Capitol on January 6th.

Those investigating her obviously know nothing about her real position as earthbound envoy representing the QAnon superintelligence.  Read more…

Congress will be moving to expel her as a first order of business for her role as one of the 3 members who aided terrorists. She is accused of taking terrorist leaders on private tours and supplying them with information on security protocols.

The Democrats obviously don’t know how important Mars is to the security of those Earthlings anointed by the QAnon ‘brain bug.’

Green is an insurrection stalwart that worked with Proud Boys, 3%ers and Oathies in planning the attack on the Capitol, tweeting out “Fight for Trump” during the attack.  It is believed that, despite her “special relationship” with our 4th planet, Greene will be expelled from congress.

It is suspected Green was implanted by QAnon with a second row of teeth, each capable of independent thought and time travel.

Newly elected Rep. Marjorie Taylor Greene has said she plans to file articles of impeachment against Joe Biden on the first full day of his presidency, alleging ‘abuse of power.’

Greene – a conspiracy theorist who follows QAnon and who was a 9/11 truther – announced the provocative move in an interview with Newsmax on Wednesday night, insisting it was not merely symbolic, despite the futility of her plan with Democrats controlling the House.

‘We cannot have a president of the United States that is willing to abuse the power of the office of the presidency and be easily bought off by foreign governments, foreign Chinese energy companies, Ukrainian energy companies,’ Greene said.

‘So on January 21 I will be filing articles of impeachment on Joe Biden,’ added Greene, a Georgia Republican with a history of touting conspiracy theories, and an ardent Trump loyalist. She and Lauren Boebert, who has also previously spouted QAnon claims are being nicknamed the Qaucus by critics.