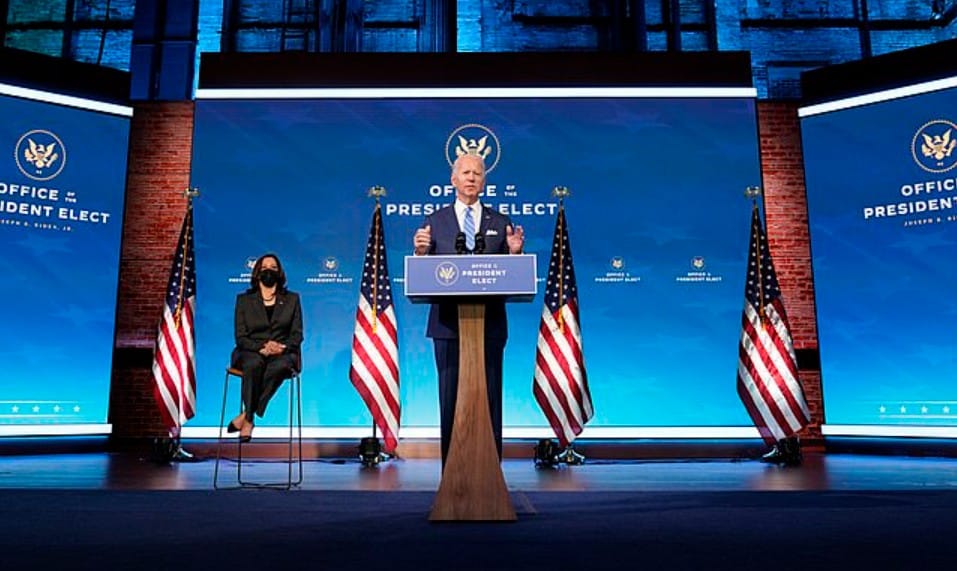 President-elect Joe Biden asked Congress to green-light another $1.9 trillion in spending to rescue the country from the COVID-19 crisis during a primetime address Thursday night from Wilmington.

‘I look forward to working with members of Congress in both parties to move quickly to get the American rescue plan to the American people,’ Biden said in a speech at the Queen theater.

Biden unveiled the broad strokes of a rescue plan that includes items that will likely have some bipartisan support – like an additional $1,400 for Americans – boosting the total to the $2,000 per adult President Donald Trump demanded in December.

‘$600 is simply not enough if you still have to choose between paying rent and putting food on the table,’ Biden observed.

But it also outlines loftier goals, like implementing a national $15 per hour minimum wage, a campaign promise the Democrat made.

‘People tell me that’s going to be hard to pass. Florida just passed it,’ Biden noted, name-dropping Trump’s adopted home state, which voted for Trump and has two Republican senators and a GOP governor. ‘The rest of the country is ready to move as well,’ he said.

Overall, $400 billion of the $1.9 trillion is specifically geared toward combating the virus, including $160 billion to go toward a national vaccination program.

‘The vaccine rollout in the United States has been a dismal failure thus far,’ the president-elect noted.  read more