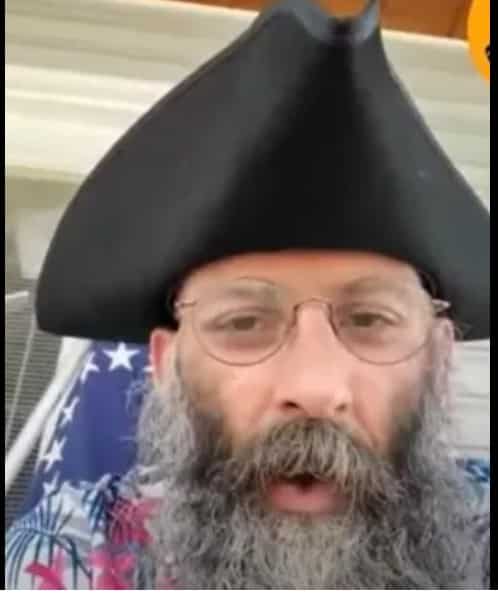 VT: There is one constant here, GOP lawmakers, GOP elected sheriffs working with groups like Proud Boys, Oath Keepers and 3%’ers. Jailed, 14 in Michigan with up to 1000 to be arrested in the first wave by the FBI and up to 5000, now on ‘No Fly’ lists as ‘Domestic terrorists.’

Yet to be dealt with is a list of GOP lawmakers, now two dozen or more in Washington and 200 plus nationally in state legislatures, all facing charges of incitement to violence (sedition). Up to 25% of the elected GOP officials have police records for drug offenses or violence, twice that of the general population.

Detroit News: An accused bombmaker identified as a ringleader of a plot to kidnap and harm Gov. Gretchen Whitmer claimed he had permission from God to commit murder and was the national leader of a militia group that rioted at the U.S. Capitol last week, an FBI agent said Wednesday.

The new details emerged as the accused ringleader, Barry Croft, 45, of Bear, Delaware, pleaded not guilty and was denied bond during a hearing in federal court in Grand Rapids. The hearing marked Croft’s first appearance in a Michigan courtroom since being charged alongside five others in October in a case that has focused national attention on violent extremism in Michigan.  The conspirators:

Croft is the national leader of the 3 Percenters, a small militia that participated in the Jan. 6 insurgence at the U.S. Capitol, FBI Special Agent Richard Trask said during the hearing, which featured undercover audio and video recorded by FBI informants. At one point Wednesday, Croft was asked to stand and display the 3 Percenters tattoo on his hand.

Prosecutors used those ties while arguing Croft was dangerous, a flight risk and should remain jailed amid warnings from the FBI about potential armed protests by violent extremists at all 50 state capitols ahead of President-elect Joe Biden’s inauguration on Jan. 20. Lansing Mayor Andy Schor has asked Whitmer to activate the National Guard.

Prosecutors say Croft is a violent extremist who served as the bombmaker of a group that plotted to overthrow the government and targeted several other politicians, including President Donald Trump, Virginia Gov. Ralph Northam and South Carolina Gov. Henry McMaster.  read more