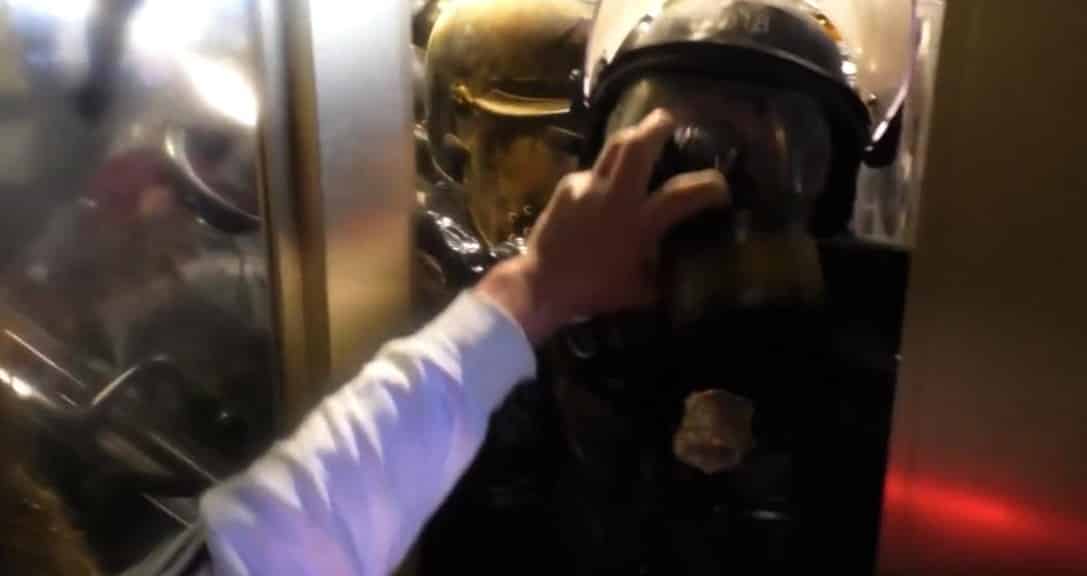 Chilling: @DCPoliceDept officer Michael Fanone said on CNN that rioters went for his gun, saying “Kill him with his own gun”.
He told CNN, “It was all about self preservation…I “appealed to their humanity…I just remember yelling out I have kids”
pic.twitter.com/zUOafxRdBU

As DC Metropolitan Police Officer Michael Fanone lay on the ground at the US Capitol building, stunned and injured, he knew a group of rioters were stripping him of his gear. They grabbed spare ammunition, ripped the police radio off his chest and even stole his badge.

Then, Fanone, who had just been Tasered several times in the back of the neck, heard something chilling that made him go into survival mode.

That officer who was dragged into a crowd & beaten with pipes and a flag pole?

He was also shocked with a stun gun and had a heart attack.

He heard rioters yell: “We got one! We got one! Kill him with his own gun!”https://t.co/XqAOHScM1J pic.twitter.com/573GyRsDpf

“Some guys started getting a hold of my gun and they were screaming out, ‘Kill him with his own gun,'” said Fanone, who’s been a police officer for almost two decades.

Fanone, one of three officers who spoke with CNN, described his experience fighting a mob of President Donald Trump’s supporters who’d invaded the Capitol in an insurrection unheard of in modern American history.

A DC police officer swarmed by the Trump mob recalls them yelling "Kill him with his own gun!”

Federal officials have said the details of the violence that come out will be disturbing.

“People are going to be shocked by some of the egregious contact that happened in the Capitol,” acting US Attorney Michael Sherwin said Tuesday in reference to attacks on police

Fanone, a narcotics detective who works in plain clothes, heard the commotion at the Capitol and grabbed his still brand-new police uniform that had been hanging in his locker and put it on for the first time, he said. He raced to the building with his partner and helped officers who were being pushed back by rioters.