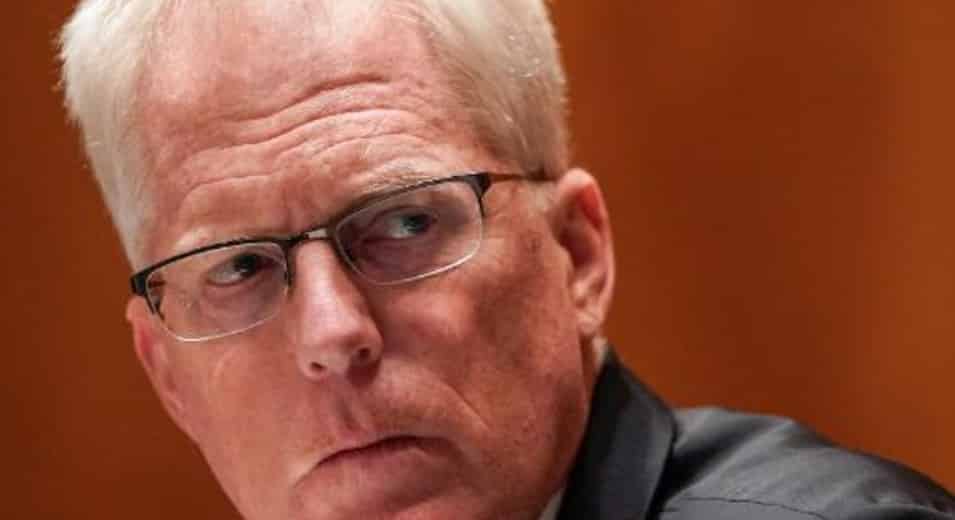 Remember, it was Miller’s General Perna who is likely to be accused of misplacing 65 million doses of COVID vaccine that have now gone down a black hole

The comments came the same day the Pentagon said at least 21,000 National Guard are being mobilized in Washington, DC, amid security concerns around next week’s inauguration following the deadly riots at the Capitol.
–

Miller was asked about the F-35 Joint Strike Fighter (JSF), a fifth-generation fighter jet considered the most expensive weapons program in history used by the Air Force, Marines and Navy. After clarifying that the question is about the F-35 and not a different weapons system, Miller begins his answer by saying, “I so…I mean, I cannot wait to leave this job, believe me.”

He then apparently went on to disparage the latest American fighter jet, a program that cost more than $1 trillion, saying, “Yesterday we were talking to some guy, some lieutenant colonel, or colonel, said ‘what are you flying?’ Said ‘F-35,’ I was like that’s a piece of … and he was like … and he laughed, and I was like, ‘No seriously, tell me about it.'”

“I’m like, we have created a monster, but you know that,” he concluded.

Miller was also asked what he had learned about Russian activity below the threshold of war. “Good on them” was his surprising response.

“I kind of, you know, like professionally I’m like, wow, they’re doing pretty well, and they’re using a lot of irregular warfare concepts, information, all this stuff, in a way that, you know, like … good on them,” he said.