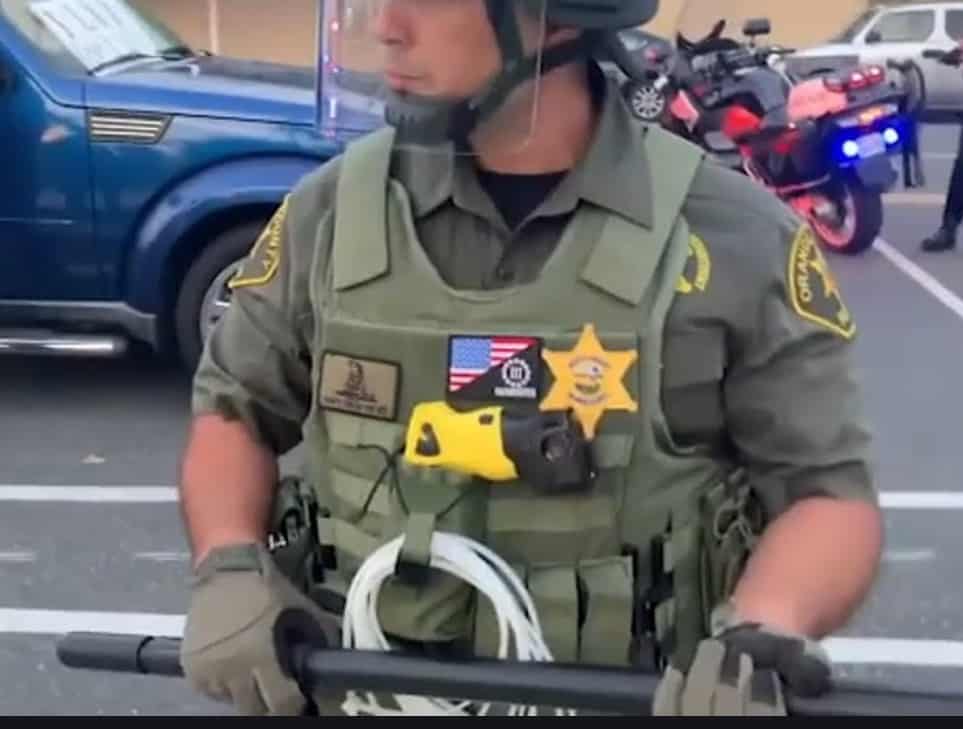 VT: It is time to reexamine the idea of defunding corrupt police organizations who aren’t just infiltrated but whose membership are the core of Pround Boys, Oath Keepers and other extremist groups.  Many departments allow police to shake down protesters, rob their homes and support a lavish lifestyle selling narcotics.  Don’t believe it?

You just aren’t paying attention.  There would be no meth problem without police and their partnership with producers.  Ask any DEA agent.  Tens of thousands of America’s cops are skinheads and criminals, been that way for a long time…and is getting worse every day.

Guardian: Experts were not surprised that officers were part of the mob, given the ties between some police and white supremacist groups in recent years.

These Nazi’s coordinate and communicate directly with the police in Portland to target protestors. https://t.co/ugJJaZLA2a

For years, domestic terrorism researchers have warned that there are police departments in every region of America counting white supremacist extremists and neo-Nazi sympathizers among their ranks.

For two months the DC Police have let the Proud Boys and their Nazi pals control the streets every time they came to town, but they want to offer a lecture? Come on. Have DC police been harsh on BLM and soft on right wing violence? Yep. Yep yep yep.

To these experts, and the activists who have been targeted by law enforcement officers in past years, it came as no surprise that police officers were part of the mob that stormed the US Capitol on 6 January. In fact, the acceptance of far-right beliefs among law enforcement, they say, helped lay the groundwork for the extraordinary attacks in the American capital.

Police in Kenosha, Wisconsin shoot an unarmed man multiple times in the back..

This is Nazi Germany type of terrorism being carried out pic.twitter.com/qUsFM5hyLC

“I’ve been trying to ring the alarm since before Donald Trump was elected,” said Cedric O’Bannon, a journalist and activist who was stabbed at a 2016 neo-Nazi rally in Sacramento and was later targeted by the investigating officer. “It’s nothing new. We’ve seen it getting worse and worse. The law enforcement collusion with white nationalists is clear,” he said.

In the days since the attack, which left five people dead and caused lawmakers to hide in fear for their lives, investigations have revealed that a wide range of US law enforcement personnel were represented in the crowd. News reports and other inquiries have identified roughly 30 sworn members of police agencies from more than 12 different states who were present at the Capitol, according to criminal justice news site, the Appeal.

Extremism experts and survivors of far-right violence have for years cried foul about the close ties between some police and white supremacist groups.  read more…