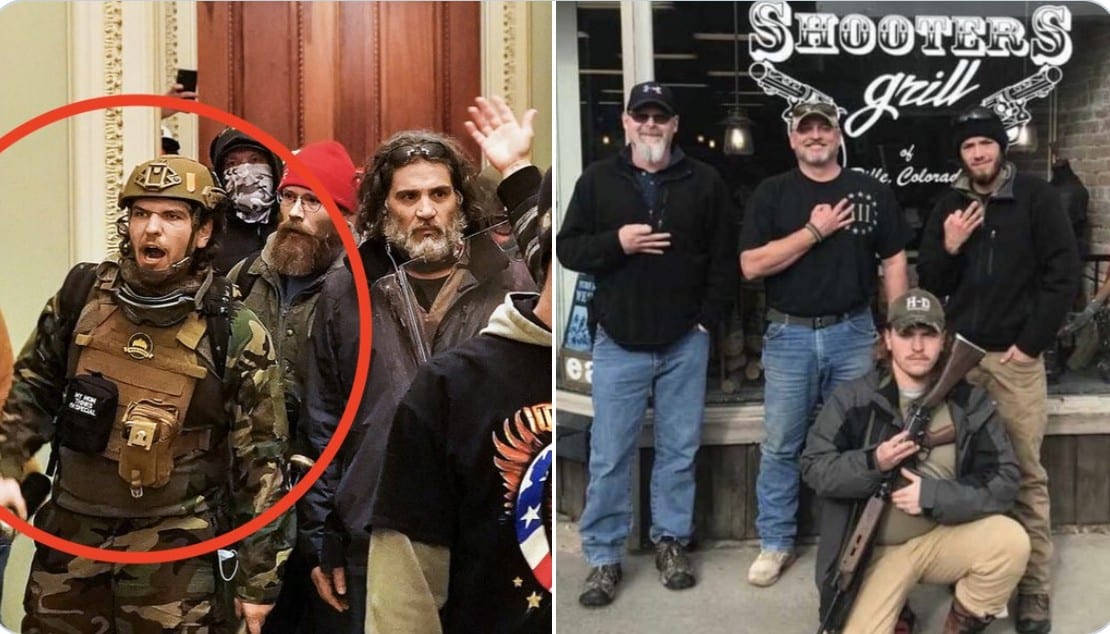 VT: The arrest of Robert Gieswein, an associate of Rep. Lauren Bobert (R-CO) who is accused to guiding rioters to their targets during the attack, provides even more proof of GOP complicity with attacking Oathkeepers and 3%ers.

If Colorado’s @laurenboebert is investigated, remember the people who helped elect @RepBoebert . Here my CO-04 @RepKenBuck , Chairman of @cologop , lets Boebert hold his flag rifle at his DC office just days before the attack on the Capitol. What does he know of her actions? pic.twitter.com/t55Yfg3IX7

The FBI says Gieswein "appears to be affiliated with the radical militia group known as the Three Percenters." Working with @jsrailton, we found similar evidence. Here's a picture of Gieswein from his now-deleted Facebook page posing in front of CO Rep Lauren Boebert's bar pic.twitter.com/tsYj1P795S

And to tie it in further, Gieswein also put the Woodland Wild Dogs logo on his FB page. pic.twitter.com/y1a0bNaF6n

You can see him kneeling and looking injured on the night of Jan 5 after involvement in an apparent scuffle in this picture taken by Shannon Stapleton of Reuters https://t.co/A3mpLrdOfz https://t.co/OaeCJ9h1Z3 pic.twitter.com/xjZ6ZZUKCV

This is your daily dose of bizarre https://t.co/W4eUrIElHn