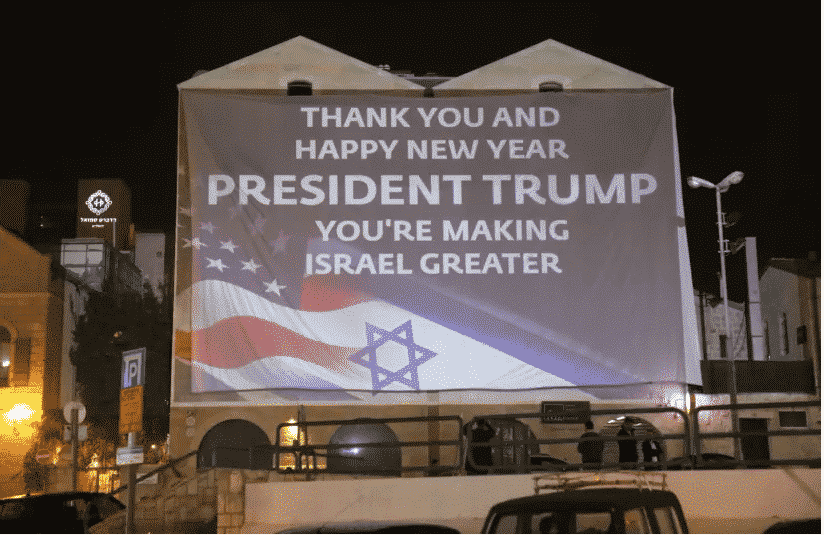 “It is not popular to thank or praise President Trump today. But now, perhaps more than ever, is the time to put things in perspective and give credit where credit is due. Gratitude is most genuine when it’s least popular…

“Despite Trump’s unpresidential behavior, we, as Israelis, have a lot to be grateful for. The Jewish people, especially those living in the Jewish state, should not forget who had our back.

“President Trump recognized the obvious: Jerusalem is Israel’s eternal capital. He accepted that the Golan Heights are an integral sovereign part of Israel and squashed Hillary Clinton’s once surreal call that the strategic and biblical land be given to Assad. Trump recognized the legitimacy of Jewish settlements in Judea and Samaria and engineered the Abraham Accords, in which four important and influential Arab nations normalized peaceful relations with Israel.”[1]

What Falk ends up saying here is that when it comes to foreign policy, Trump was working for Israel through and through. Like Benjamin Netanyahu, Falk invariably ends up saying that stealing lands from the Palestinians will bring peace to the Middle East:

“Those are historic achievements that not only pave the way for wider peace and prosperity in the region but help isolate the tyrants in Tehran. Indeed, Trump pulled America out of president Obama’s dangerous nuclear deal with Iran and alienated its terrorist regime.

“It would be utter blindness for President-elect Biden to go back to appeasing Iran, but if he chooses to do so, the coalition formed by the Abraham Accords can cooperate and will be able to competently confront that challenge. For all that, and more, President Trump deserves our gratitude.”[2]

Falk has indirectly made a couple of points here: 1) peace can only come when Israel achieves its goal by isolating the Palestinians; 2) Iran is an enemy of Israel, and that tyrant needs to be dealt with; 3) Trump destroyed the peace deal policy which the Obama administration rehabilitated; 4) President-elect Joe Biden will be heading butts with Israel if he happens to bring back the nuclear peace deal. The conclusion? A peace deal with the Iranians is a threat to the Israeli regime.

As I pointed out in the last article. Whether you support Joe Biden or not, we all have to come to the realization that a peace deal with Iran is not a threat to the United States, to Israel, or any country on the planet. The only regime which deludes itself into thinking that the Iranians are a threat is the Israeli regime, headed by a diabolical figure whose name is none other than Benjamin Netanyahu. The same regime has been perpetuating double standards since the beginning of time because it has hundreds of nuclear warheads down its basement.[3]

You simply can’t “make America great again” while you are sleeping with the Israeli regime. It just doesn’t work!