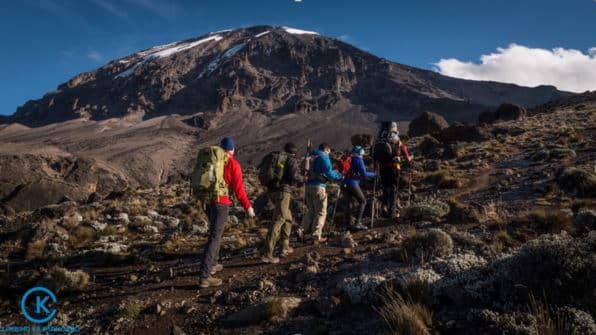 When it comes to popular tourist destinations and bucket lists, there are certain locations that will always make it into the conversation. One such place is undoubtedly the well-renowned Mount Kilimanjaro – the climb that all-mountain trekkers eventually aspire to make for themselves. But how exactly does one know when they’re ready?

Kilimanjaro is well worthy of its praise, being the tallest free-standing mountain in the entire world and the very definition of a typical African adventure. It’s Africa’s crown jewel when it comes to the seven summits – referring to the tallest mountain in each continent. However, despite its intrigue and allure, it should never be taken lightly. Particularly by beginners.

There are a few dangers to know about

The dangers are evident, and what you need to do is clear. At least, the first step is clear enough: fitness. A suitable level of fitness for the Kilimanjaro isn’t necessarily required, but most definitely recommended. Extensive hill walking, some basic aerobic exercise and the general ability to walk hours at a time without collapsing would be the specifically recommended baseline for preparation when it comes to climbing Kilimanjaro.

Don’t push it – take the easy way up

There are, of course, various routes with various difficulties that will give you some various challenge. If you’re not all too confident in your own fitness, it’s best that you perhaps book a guided walk along with one of the easier routes. The roads differ, but the end destination is always the same – the mountain’s peak, from which you’ll witness one of the most gorgeous sights in the world.

The easiest of the routes and the best route for beginners is Rongai route – the only route through which to access the mountain from the Northside. It’s widely known as something of a wilderness trail, along which you’ll see some of the best sights that the country has to offer. It’s a route that takes around six to eight days to travel by, there and back total, and it goes on for about 72 kilometres (44 miles).

Trust the guide – they’re the expert

There are on real threats or conflicts to worry about whilst in Tanzania. Understandable, that some would hold those worries whilst in Africa, but Tanzania is entirely safe. And the trip up Kilimanjaro can be a safe one too, as long as you remember some of the more basic tips – when travelling with a guide, take that guide’s instructions very seriously, and never doubt those instructions. It’s a guide’s job to get a group of people up the mountain, and a part of that job includes identifying when something goes wrong, and predicting when it’s about to go wrong. Nobody will have more experience in climbing the mountain than a guide whose job it is to climb it every week. 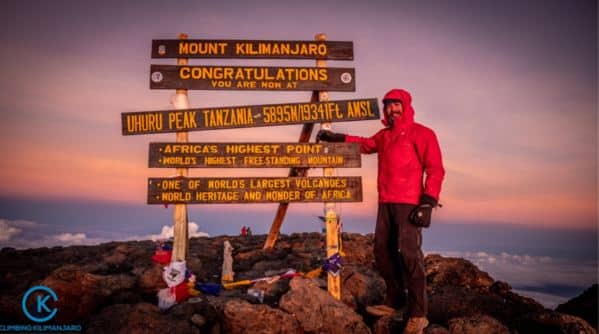 Know when to go, and know when not to

There are two rainy seasons across the year in Tanzania. Depending on when you go may affect the degree of difficulty in terms of the climb. The November to mid-December rain season is the shorter of the two, whilst the longer rainy season lasts from March to May. On the one hand, there are fewer people coming by during these periods, but on the other – the roads will be wetter and more slippery, often resulting in added difficulty to the climb.

Between July through October is the best time to climb Kilimanjaro and is highly recommended beginner’s time to climb the mountain, purely for safety reasons. Whilst it will still provide a relatively dangerous climb to the unprepared, if you’re well aware of the risks and packed in preparation to stay fed and hydrated, you should come across very few problems during this season. The one extra thing to keep in mind is that the nights tend to be a little colder during across these months.

The second-best option would be to go between December and February. The rainy season may still somewhat run into December, so if you go early during this season you may find that the mountain is a bit wet. However, it’s generally in this period where the mountain starts to dry and gradually becomes easier to climb again.

Dress for hot weather, but prepare for the cold too

Mount Kilimanjaro is about 5,895 metres (19,340 feet) tall overall, so it serves to know that the very summit lies in the glacial zone. At the top of the mountain, you’ll find the temperatures averaging at -6 degrees Celsius. When trekking at night-time, the temperatures have been known to even drop as far down as -20 degrees Celsius. Whilst it’s true that Africa is a hot continent overall, you’ll have to prepare for the fact that the mountain has colder environments that would perhaps inspire bringing along a longer sleeve or two.

It is often reported that half of those who attempt to make the climb will end up failing. Being unprepared or not taking the mountain seriously enough is typically a serious cause of this, and it’s most often the beginners who end up failing. That’s why it’s important for any beginner to remember that Kilimanjaro is no joke. Its environments are vast and beautiful, but being unprepared can lead to either injury or something more lethal. Fitness and packing aren’t all there is to it – you’ll need to know your own limits and know which route to take and the best Kilimanjaro tour company to use

The Kilimanjaro peak has about half of the oxygen that you’ll have on sea levels. It’s the elevation that you may find most challenging, as low oxygen environments put more stress on the body. As long as you pace yourself across the journey and have a decent level of fitness, you’ll be able to get through this obstacle without much trouble. Overall, overcoming the trials on Kilimanjaro depends highly on how well you know those trials, and how well prepared you’ve come to face them. Follow these simple tips, know your own limits, and there’s no doubt that your trip up Kilimanjaro will be both an inspiring and unforgettable one.