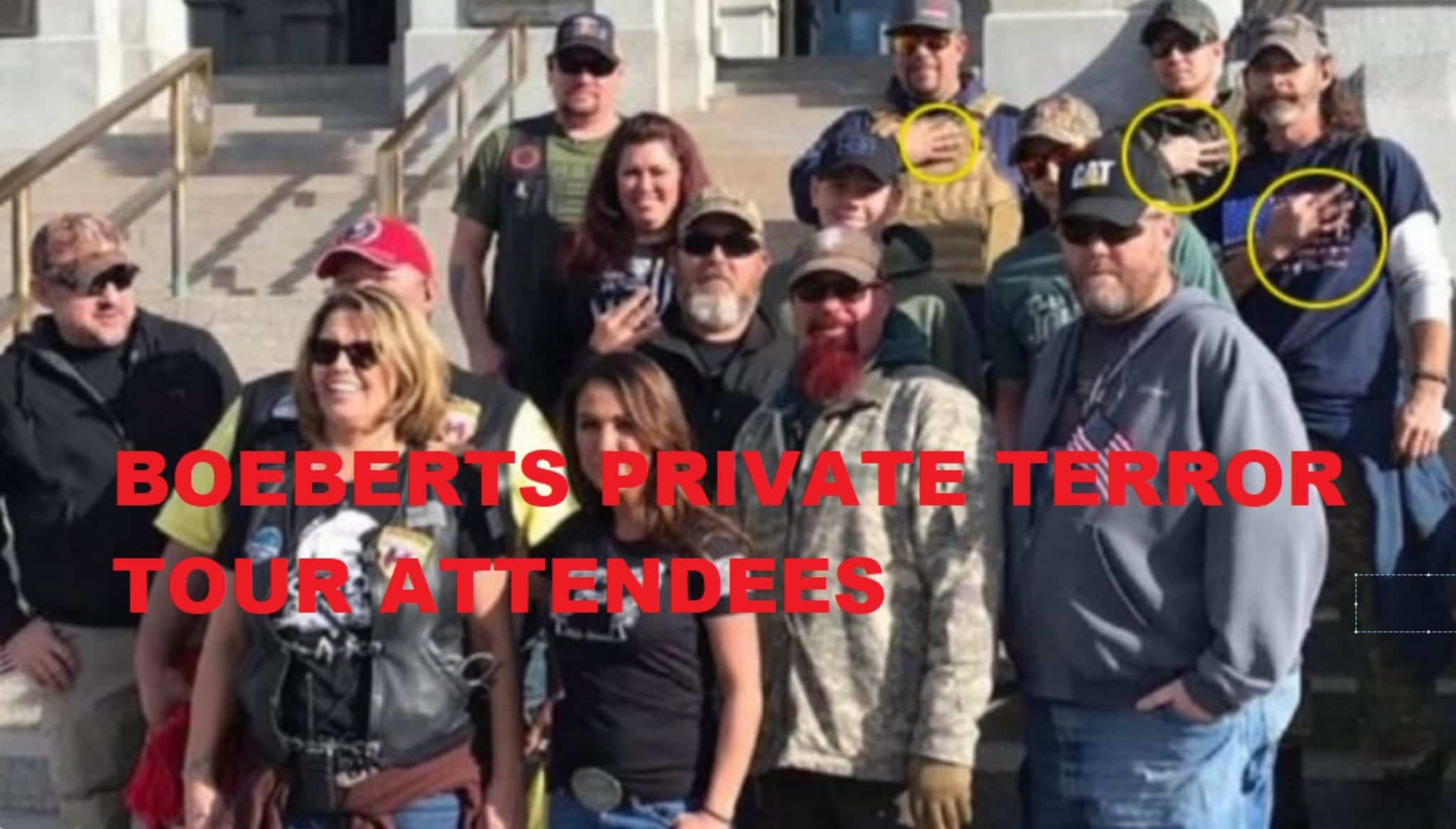 As we already know, from last Tuesday:

As the Washington Post reported Friday, the most specific claim of possible GOP lawmaker links to the insurrectionist mob “came from Rep. Mikie Sherrill (D-N.J.), who said in a Facebook Live broadcast Tuesday that she saw another member of the House giving a ‘reconnaissance’ tour of the Capitol to groups one day before the Jan. 6 attempted insurrection that left one police officer and four rioters dead.”

Confirmation appears to be had that Laura Boebert did indeed give a tour of the Capital to the rioters on the 5th. She may be arrested soon if this story is on target.https://t.co/VL0XjOcwaY

However, Boebert is the less intelligent, less well-spoken, further to the looney-right Sarah Palin.

And I think her arrest is imminent.

We have confirmation from an unnamed source.

I was contacted by someone who I've confirmed works at The Capitol who told me the following:

Laura Boebert gave a “tour” on the 5th even though she’s denying it.