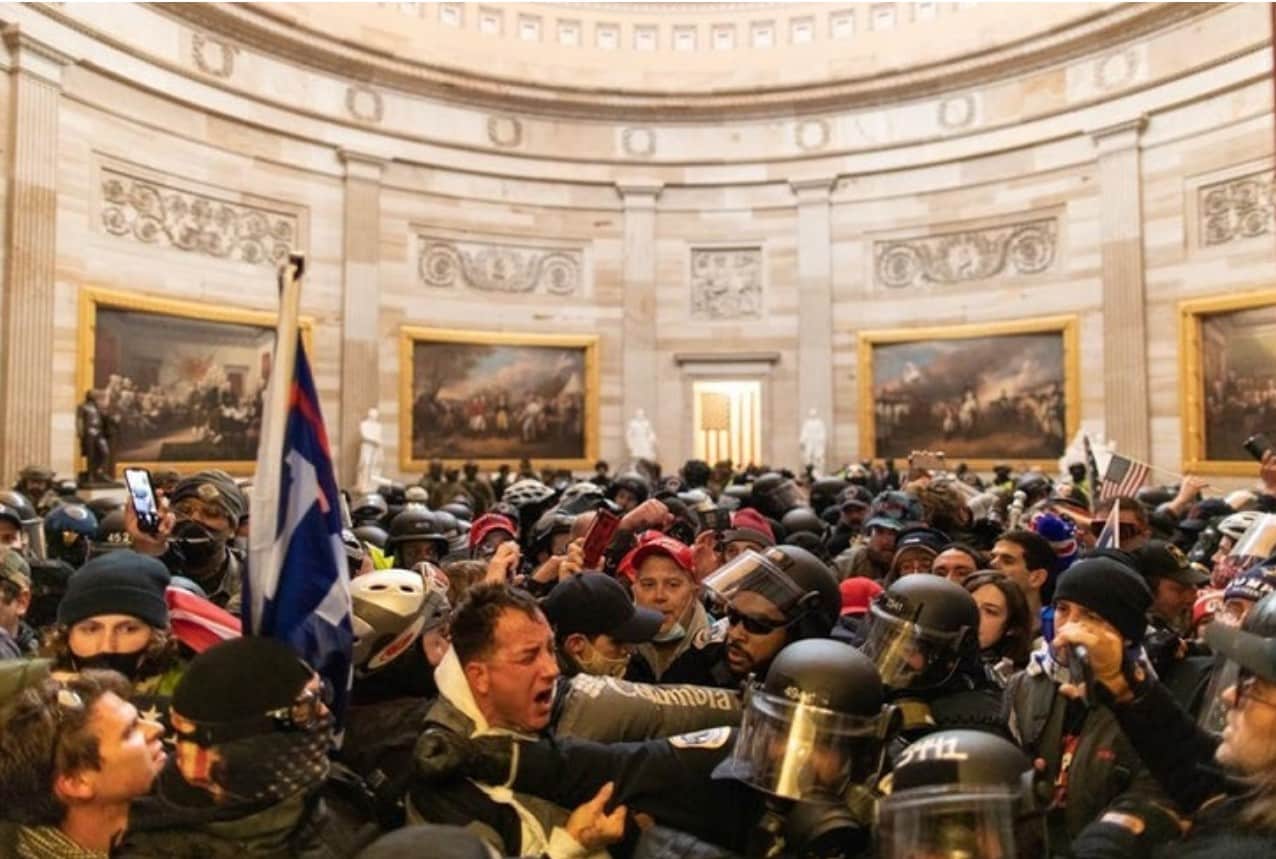 The US government will go to any length to keep the truth away from the world. But does the US have a government? Can we call the Trump regime a government?

How will a President Biden deal with an illegal Israel embassy, whose location is based on racism and ignoring rule of law placed, now in the Occupied Territories?

This is but one injustice of the Trump years but, before they can be redressed, the problem of not just transition to rule of law but enforcement of law against an army of transgressors needs to be addressed first. Trump’s America became a criminal cult, simple as that.

How will he deal with treason, sedition and murder?

Let’s take one issue at a time and look at some aspects of criminal law as they apply to the January 6 attack on the US government.

We will examine this. The vast majority of those involved in these brutal crimes, the videos have shocked the world, are white.

Clear as a bell, the basis of racism and injustice in the US which is engrained in American society plays out for all to see.

Let’s look at some analogies. In the US if you rob a bank and you hire an Uber to deliver you there, park two blocks away, and he drives you from the scene, he is technically guilty of bank robbery. If you kill someone in the bank, the Uber driver is a murderer.

A case can be made for his innocence, but the burden of proof falls on him, not the other way around. In fact, it would be impossible for him to prove he wasn’t complicit.

In Washington, on January 6, 2021, no one can claim such distance from “guilty knowledge.” All are fully complicit according to longstanding interpretations of law that have led to the executions of dozens, perhaps hundreds of accomplices to crimes that sat in cars or as with the assassination of Abraham Lincoln in 1865, provided assistance before or after in any way.

This opens another door, those who financed busses for rioters, those who recruited and paid, those who supported them and pushed them into a criminal frenzy in the media, the term “accessory” comes to bear there.

Then we have the issue of “incitement.” This is what led to Donald Trump’s second impeachment. However, others, some at the scene like Donald Trump Jr. or Ivanka Trump or Kimberly Guilfoyle, or perhaps General Michael Flynn, they are subject to the same “incitement” charge as Donald Trump.

His charge in the impeachment is a criminal charge according to federal law and impeachment is only a step in the process that would lead to not only removal from office but also criminal conviction in a Federal Court and imprisonment, even execution.

Behind this, we have issues of conspiracy, and the US Senate, as outlined by Senator Bernie Sanders, will be investigating Senator’s Cruz and Hawley. The US House of Representatives will investigate their own including members who, according to witnesses, led leaders of the insurrection on tours of the Capitol, where no member of the public whatsoever has been allowed for nearly a year due to COVID 19, that later entered those same chambers with criminal intent.

Senator Sanders has cited the Sgt. At Arms of both chambers as targets for criminal investigation for sedition and the heads of other agencies as well.

Any conspirator, as the law works, who was complicit in planning or supporting any level of criminal activity on January 6 is also guilty of the worst of the crimes, first of all the felony murder of a Capitol Police officer but also the crime that there has been so much strange silence over, and that is treason.

Both the murder and treason are capital crimes and may be punished by execution.

There are fears that endless millions of Americans hold as to how these legal issues will be played out. America has a long history of using deadly force against black citizens only. Under Trump, there has been a rash of killings of unarmed, and often bystanders only, like Breonna Taylor but so many others as well.

Not only are there murders, summary executions but the police involved, in most cases, have long affiliations with white supremacist and neo-Nazi organization.

The two most dangerous groups, the Proud Boys and Oath Keepers, that advocate the violent overthrow of the US Constitution, though their cheap and childish rhetoric would list them as self-described patriots, are made up not partially but largely of police officers.

One needs only to watch America’s television dramas, many of them police procedural shows, to gain an understanding of how far many, not all but many police departments have moved toward becoming criminal gangs, insurrectionists, human traffickers and drug dealers.

Within the last two weeks, television shows like The Rookie and S.W.A.T., among the most popular in the world, have openly depicted police as racist and criminal. From the Guardian:

“Experts were not surprised that officers were part of the mob, given the ties between some police and white supremacist groups in recent years.

For years, domestic terrorism researchers have warned that there are police departments in every region of America counting white supremacist extremists and neo-Nazi sympathizers among their ranks.

To these experts, and the activists who have been targeted by law enforcement officers in past years, it came as no surprise that police officers were part of the mob that stormed the US Capitol on 6 January. In fact, the acceptance of far-right beliefs among law enforcement, they say, helped lay the groundwork for the extraordinary attacks in the American capital.

‘I’ve been trying to ring the alarm since before Donald Trump was elected,’ said Cedric O’Bannon, a journalist and activist who was stabbed at a 2016 neo-Nazi rally in Sacramento and was later targeted by the investigating officer. ‘It’s nothing new. We’ve seen it getting worse and worse. The law enforcement collusion with white nationalists is clear,’ he said.

‘These are people who we give guns to, who get specialized training, who have access to sensitive information,” said Vida B Johnson, Georgetown University law professor and expert on policing, “and they took part in a plan to undo the votes for the democratically elected president.’”

What the Guardian points out, is repeated continually, academic studies, investigative reports and in the media. It is also witnessed every day. In many cases, police not only openly join neo-Nazi groups but use them as “auxiliaries.”

In case after case, police have been cited at BLM protests breaking windows and starting fires.

The most publicized case was the “Umbrella Man” at the protests in Minneapolis after the murder of George Floyd by police officers. It turned out he was a police officer who was fired, not arrested.

He was one of many police starting fires and destroying property. Most were never caught by their fellow officers, no surprise there. This same scene has been repeated in dozens of cities and certainly at the US Capitol on January 6, 2021.

The issue of the institutional injustice of American society explains much of where America is today and the insanity and brutality that now shocks the world. It also leaves open the question the world asks as well, are there enough people of good will, of intellect and of courage and resolve to turn things around.