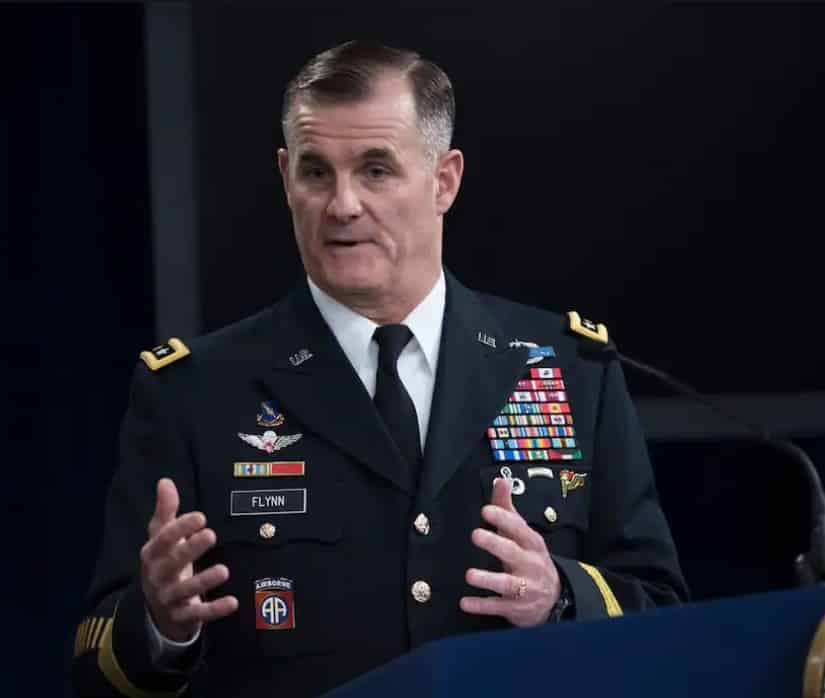 Raw Story: On Wednesday, The Washington Post revealed that the U.S. Army falsely denied for days that the brother of former President Donald Trump’s disgraced ex-National Security Adviser Michael Flynn was involved in decision-making during the military response to the Capitol invasion two weeks ago.

Why was there no authorization for the National Guard? Between Lt. Gen. Charles Flynn and SecArmy McCarthy…they apparently just left our Capitol defenseless FROM AN ATTACK MIKE FLYNN WAS PART OF. pic.twitter.com/dGI5JkT2b0

“Charles Flynn confirmed in a statement issued to The Washington Post on Wednesday that he was in the room for a tense Jan. 6 phone call during which the Capitol Police and D.C. officials pleaded with the Pentagon to dispatch the National Guard urgently, but top Army officials expressed concern about having the Guard at the Capitol,” reported Dan Lamothe, Paul Sonne, Carol D. Leonnig, and Aaron Davis.

JUST IN: Washington Post reports that Michael Flynn's brother, Gen. Charles Flynn, was on the Pentagon call with Capitol Police that resisted their emergency pleas for calling in the National Guard during the Capitol attack. The Army previously denied that Flynn was on the call. pic.twitter.com/qyMFFhT4YM

“Flynn left the room before the meeting was over, anticipating that then-Army Secretary Ryan McCarthy, who was in another meeting, would soon take action to deploy more guard members, he said.”

“One official directly familiar with the situation said there was concern in both the Army and National Guard about possible political fallout if it was discovered that Flynn was involved in the Army’s deliberations,” said the report. “That is despite it being commonplace that the person in Flynn’s role would have been involved.”

General, Please find the network links between Lieutenant General Michael Flynn and the other key coup plotters of the 6 January, 2021 attack on the U.S. Capitol. General Flynn is dangerous as long as he is in the wind and off the reservation.

Flynn, who pleaded guilty to lying to the FBI about his discussions with the Russian foreign minister before receiving a pardon from Trump, has in recent years become a supporter of the QAnon conspiracy theory, which held that Trump was secretly trying to defeat a group of Satanic pedophiles who control the federal government.