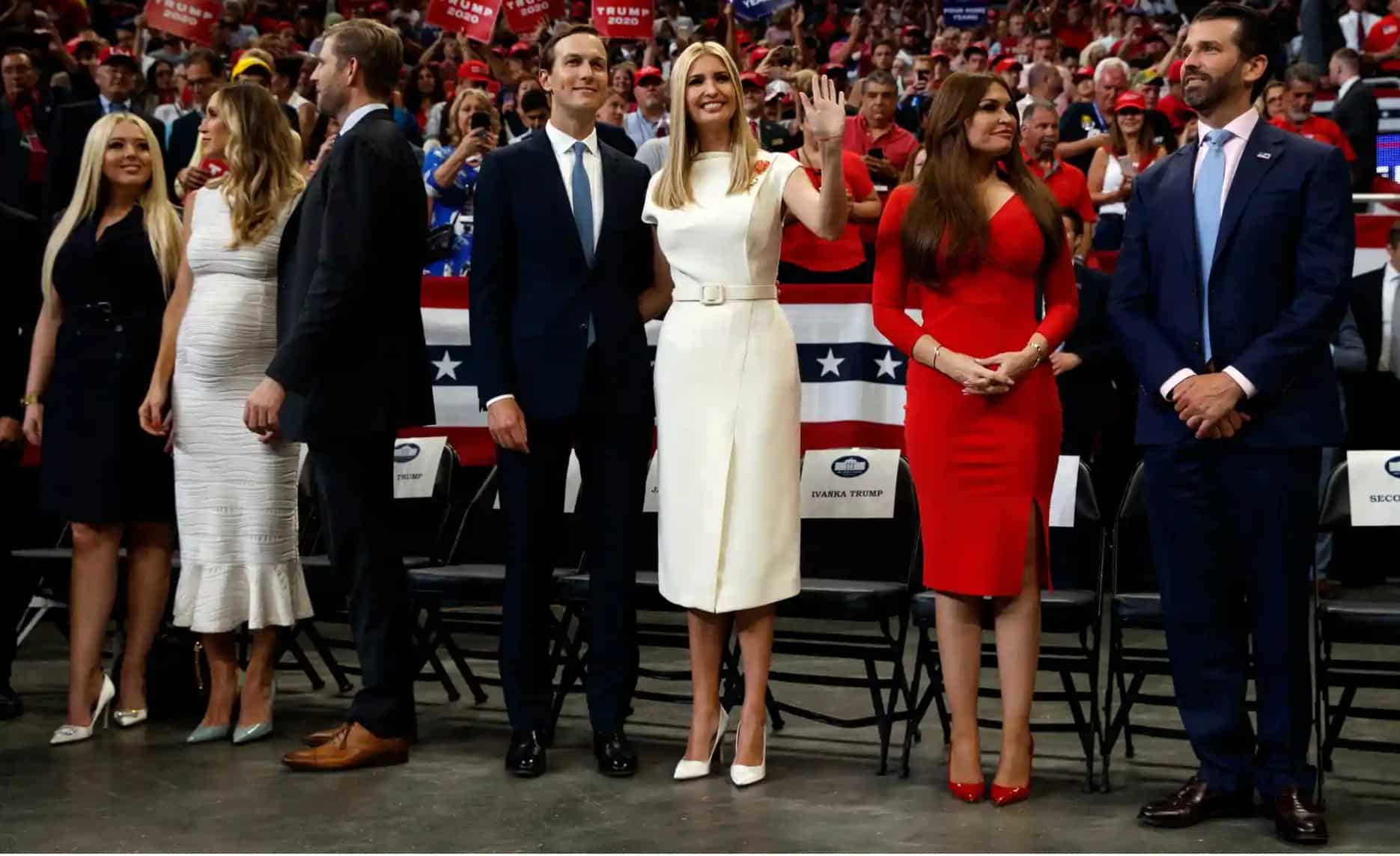 New Republic: Today we say goodbye and good riddance to Donald J. Trump, the worst, laziest, and most tangerine-hued of our 45 presidents. He left a path of destruction in his wake that included 400,000 dead Americans, a decimated economy, shattered norms, broken laws, and endless grifting.

Worst of all, Kimmie Guilfoyle dancing while the Capitol is being stormed by Oath Keepers and Proud Boys

when you’re about to foment some insurrection pic.twitter.com/JB5f5SkFYA

And if his venality, corruption, and incompetence weren’t enough, he punctuated his tenure in the highest (and before now, most respected) office by inciting an attempt to overthrow the same institutions that empowered him—the act of a malignant and sociopathic narcissist who is also, to use a diagnosis not technically listed in the DSM, a giant baby.

But we also must bid farewell to the Trump children: the ambulatory evidence that narcissism, incompetence, and corruption are genetically inherited traits.

Like their decency-challenged paterfamilias, they hardly bothered to veil their contempt for democratic norms, and used every available opportunity to exploit their positions—and by extension, taxpayers—to make money and accumulate unearned power. They deserve their own send-off, especially considering the persistent rumors that they have political ambitions of their own and that some form of recidivism seems inevitable.

Each one is unique and memorable, much in the same way that every individual experience of food poisoning is similarly horrible and yet surprisingly varied in its repulsiveness.

A personal favorite among the things that won’t be missed: Donald Trump Jr.’s redneck cosplay. As a rural Alabama native who grew up in a family full of hunters, it’s sometimes entertaining to watch Junior—a New York City–native, Ivy-educated, Buckley School grad who probably spent many high school weekends doing coke in the bathroom of Dorrians—suit up like a Duck Dynasty extra and awkwardly pantomime  …read more