Home World In Norway 13 Deaths after Pfizer’s Vaccine. Health Authority: “Normal, they were... 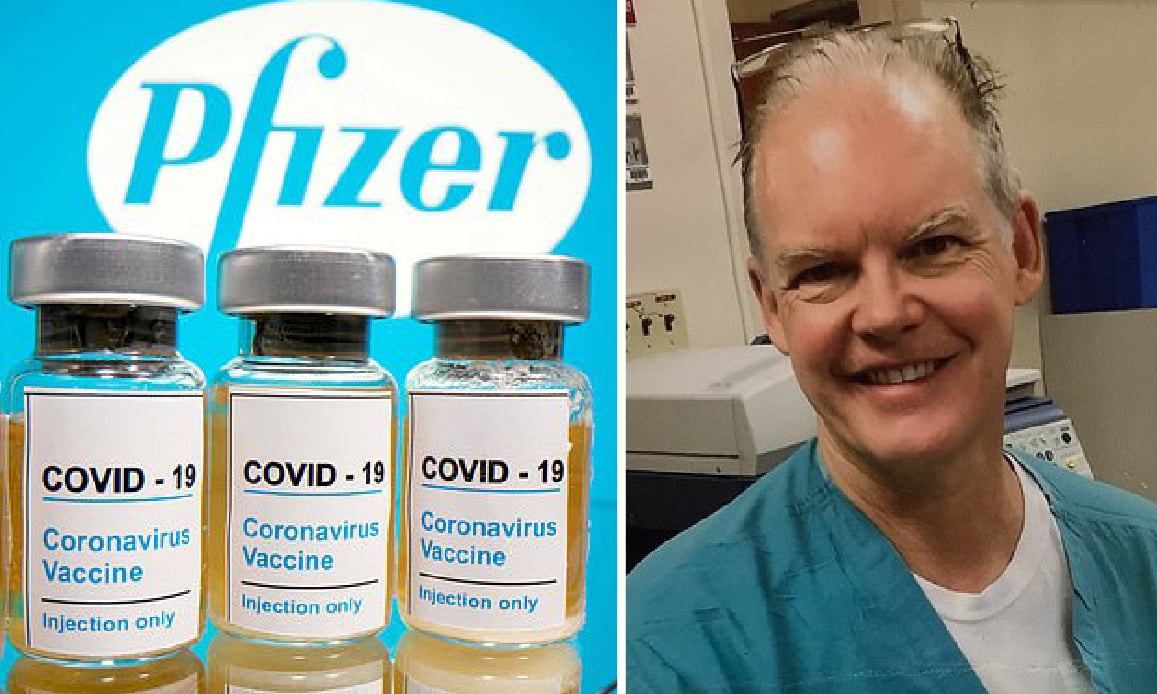 Is it better to risk dying from the Covid-19 infection that good doctors now know how to treat or from the sometimes invasive consequences of the vaccine? This is the terrible question that the Norwegian elderly will have to ask after 23 deaths occurred among the vaccinated in recent weeks, 13 of which related to the anti-Covid serum as claimed by the health authorities of Oslo who have defined in fact “physiological” a percentage of deaths among those who are older in age.

“We do not see anything alarming with these figures. All deaths are in elderly and frail people with underlying diseases,” Dr. Steinar Madsen, the medical director of the national drug regulator, the Norwegian Medicines Agency, explained, according to Russia Today and other international media.

Norway launched its Covid-19 immunization program on December 27, including residents of nursing homes on the priority list. Since then, 23 people have died shortly after receiving the injections.  “At least 13 people have died in Norway due to side effects of the Pfizer/BioNTech Covid-19 vaccine, the national medicines regulator has revealed. All were frail and elderly people who had unusually strong reactions to the jabs“ adds RT.

The Norwegian issue is added to the case of the nurse in excellent health who died in Portugal, of which Gospa News reported a preview, but also to that of the obstetrics doctor who died in Florida under mysterious circumstances at the beginning of January. Four other deaths were finally recorded in Israel, where a massive immunization campaign was launched among the population which caused the unexpected surprise of hundreds of vaccinated people who tested positive for Covid-19 after receiving the vaccine.

Even in that case, the Israeli health authorities had pointed out that one of the deceased was 88 years old and that there was no evidence of the correlation of the other deaths with serum inoculation.

Some Italian medical experts, lecturers and government consultants, had aroused clamor raising doubts about the safety and efficacy of the serum produced by Pfizer-BioNTech, of which in a report we had highlighted the multiple adverse reactions, including serious ones, such as anaphylactic shock and facial paresis.

The alarm following the death of the Portuguese nurse Sonia Azevedo, aged only 41, moves to Scandinavia even if it is downplayed by the health authorities.

Norway has a population of over five million. Madsen previously said that between 350 and 400 people die at the country’s nursing homes each week as he predicted that some elderly people may not react well to the vaccine.

In addition to those who died, there were also 29 vaccine recipients who had developed significant side effects, including nine serious cases and seven mild ones, the official reported. All Covid-19 vaccines can sometimes cause adverse reactions like fever and nausea.

The Norwegian Public Health Institute updated its Covid-19 vaccination guidelines earlier this week to reflect the new data. The document now instructs medics to thoroughly evaluate nursing home residents before giving them the vaccine. For very ill people who are not expected to live long, the benefit of the jab “may be marginal or negligible,” the guidelines say according to Russia Today.

THE MYSTERY OF THE DEAD AMERICAN DOCTOR

Meanwhile in the US the CDC and Pfizer are investigating the death of a Florida doctor who died from a rare blood condition two weeks after receiving the COVID-19 vaccine. Dr Gregory Michael, 56, an obstetrician with a private practice at Mount Sinai Medical Center in Miami Beach, died on Sunday, January, 3 – 16 days after he was vaccinated.

His wife Heidi Neckelmann told DailyMail.com in an exclusive interview last week, her husband, who she described as ‘very healthy’ suffered a brain hemorrhage ‘due to a strong reaction’ to the shot.

Pfizer on Tuesday said it is ‘actively investigating’ the death, but does not believe there is ‘any direct connection to the vaccine’ at the time. ‘There have been no related safety signals identified in our clinical trials [or] the post-marketing experience thus far,’ Pfizer said in a statement to the New York Times.

The drugmaker said it was a ‘highly unusual’ and severe case of a condition called thrombocytopenia that can prevent blood from clotting and cause internal bleeding. ‘To date, millions of people have been vaccinated and we are closely monitoring all adverse events in individuals receiving our vaccine,” the company said, according to Daily Mail.

The FDA approved the Pfizer-BionTHech vaccine for emergency use before that of Moderna despite the major conflicts of political and economic interests that emerged behind the two multinationals – financed in different ways by Bill Gates, the main donors of the Democratic Party – who they sponsored Joseph Biden’s election campaign. This came as heavy suspicions hover over the articular origin of the SARS-Cov-2 virus that is suspected to have escaped or been released after the dangerous experiments funded by the Obama-Biden administration, as revealed in the Gospa News investigations and in the WuhanGates book.