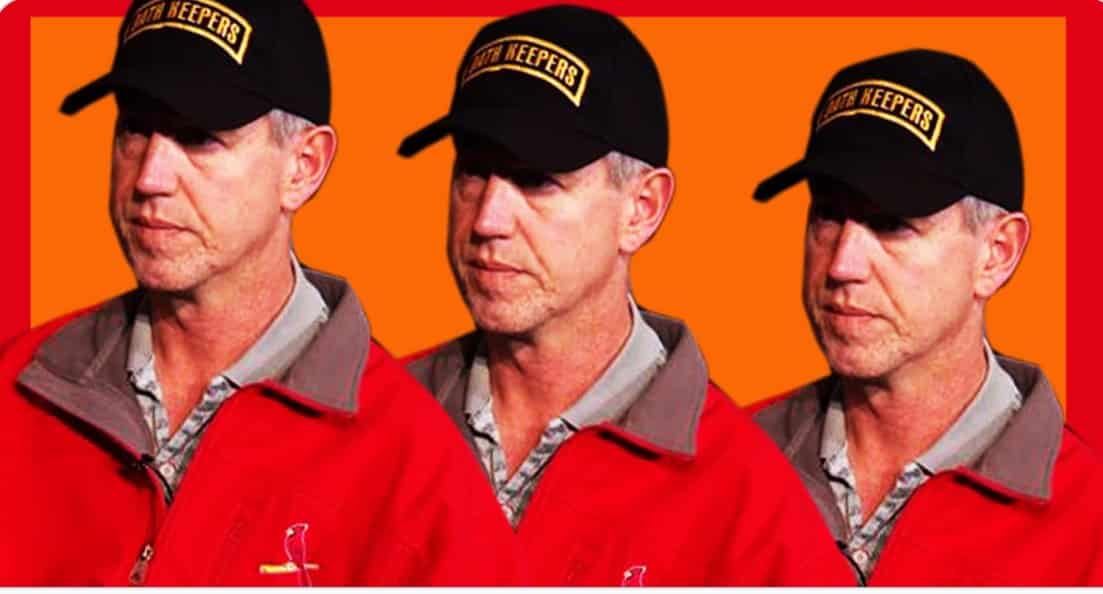 VT: The biggest threat to American freedom can be found in an organization soon to be listed as terrorist, including the infamous Oath Keepers, who led the murderous violence against the US Capitol. The Oath Keepers and their sub-cells like Three Percenters, are largely made up of police and are organized through the police union.

It is the police union that needs to be investigated as not only tied to organized killings of minorities and staging violence during protests, but for its role in the coup attempt on January 6, based on how many police officers, now over 100, being sought by federal authorities on terror charges.

The case below is someone now wanting to distance himself, someone whose daily job as a dedicated Oath Keeper radical, may well have been to work with and recruiting police for some purpose.

Raw Story: On Thursday, The Daily Beast profiled Sam Andrews, a former member of the right-wing paramilitary group the Oath Keepers, who called for the Capitol protesters to arm themselves ahead of the insurrection — and now is trying to distance himself out of fear that the FBI could come after him.

I call bullshit on this asshole. You don't go into a protest armed unless you plan to shoot @CapitolPolice. Who else are you going to shoot? Congresspeople?

“Andrews was outside the Capitol on Jan. 6, but says he did not enter the building,” reported Kelly Weill. “Following Donald Trump’s election loss, Andrews appeared in a widely shared video that called on the right to converge on D.C. ‘armed, in large groups,” as The Washington Post previously reported.

Now would be a good time to read this deep investigation of the Oath Keepers. https://t.co/Q7cO4ED55a

He should be fired immediately https://t.co/tkE8VAUVOr

Those groups, he said, should show up ‘en masse in D.C., armed, demanding, not asking, that we get a peaceful resolution on these voter corruption issues.'”

A suspected leader of the Oath Keepers — a violent far-right group that specializes in recruiting current and former police officers and military members — was charged with conspiracy in the Capitol riot. https://t.co/bCwDB7YYS1

“Now separate from the Oath Keepers, Andrews has focused his efforts on a Lebanon, Missouri, shooting range, where he said he often trains law enforcement,” said the report. “Shortly after speaking to The Daily Beast, Andrews suggested on Facebook that journalists were calling him on the FBI’s orders to somehow make him implicate himself in a crime.”

so…not that great. i knew police were in Oath Keepers and other militia-type organizations but now Biden and Democrats and some Republicans need to watch their backs at work