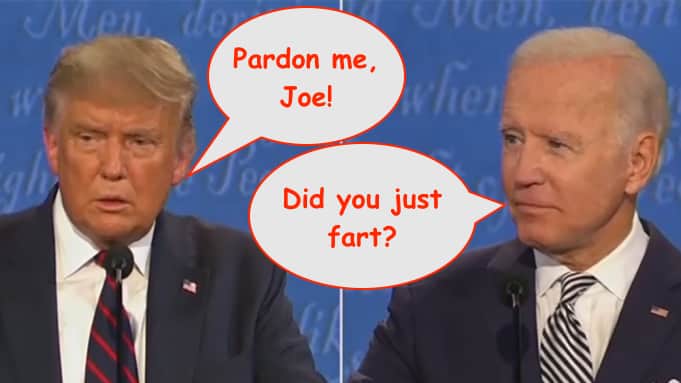 President Joe Biden has confirmed that he received a “welcome to the White House” letter from his predecessor Donald Trump, telling reporters from the Oval Office that the note was “very generous.”

“The president wrote a very generous letter,” Biden said. “Because it was private, and included a bribe offer, I won’t talk about it until I talk to him and bargain the price up a few more bucks. But it was generous.”

A re-layable White Horse souse has reported that the “generosity” in question pertained to the sum of money Trump is offering Biden in return for a presidential pardon. “During my last few days in office I pardoned 148 people, charging them an average of three million dollars per pardon,” Trump wrote to Biden. “Pardon me, and I’ll cut you in for 50% of that, which is a little over $200 million. With that kind of money you could pay cyber-scrubbers to remove all references to your son’s laptop from the entire internet—not just the mainstream media, like your liberal Jewish media oligarch friends did before the so-called election.”

Biden reportedly was expecting a much smaller offer, “in the neighborhood of $100 million or so,” from the legendarily stingy Trump, who has stiffed everyone from the construction workers who build his hotels to his pathetically loyal legal beagle, Rudy Giuliani. “But $200 million is surprisingly generous,” Biden enthused, adding that Trump’s offer “compares favorably to the kind of kickbacks I’ve taken from Ukraine, and even to what Hunter was prying loose from China.”

White House insiders say Biden wants a few more tens of millions from Trump, who has committed hundreds of felonies—and that to clinch the deal Trump needs to let Biden sniff Melania’s and Ivanka’s hair.