[ Editor’s Note: Trump’s inner circle is the gift that keeps on giving. Mike Lindell now claims he welcomes the Dominion lawsuit because he now “has the truth” that China rigged the Dominion machines and threw the election to Biden.

We will all be looking forward with baited breath to learn how they did it. Meanwhile, as is happening with Trump, corporate supporters are moving on to greener pastures. It appears the corporations don’t want to have their reputations sullied via any association with the Trump grifters.

It is over for Trump and he knows it. You could see it on his face as he waived to the ‘crowd’ of 200 at Andrews Air Force Base as he was leaving. I am guessing half of them were hired to attend.

One of my favorite sayings is “Vengeance is best served cold”, one that has been passed down through the ages. It is a contrast to the triple play video that Obama, Bush and Clinton did yesterday on the peaceful transition of power, a wonderful closing to yesterday’s historic event.

The beauty of the ceremony was a wonderful comeuppance to all the assholes who had defiled the Capitol on January 6, and that includes all that aided and abetted in its attempted seizure, and those at home that were rooting for them… Jim W. Dean ] 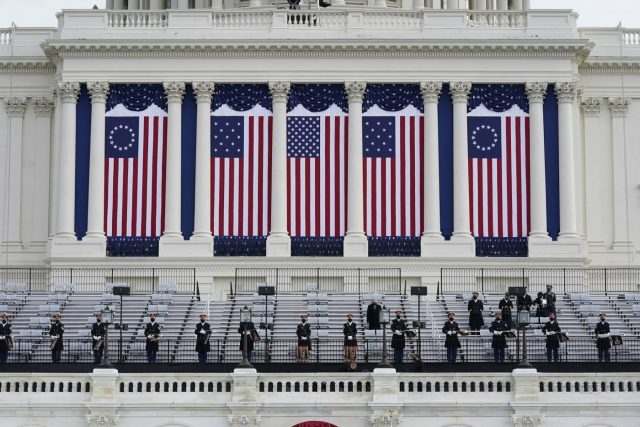 MyPillow CEO Mike Lindell — an ardent supporter of President Trump — says he would “welcome” a threatened lawsuit from voting machines manufacturer Dominion. Lindell told CBS News a suit would enable him to show the world the recent presidential election was rigged.

However, the Justice Department found no evidence of widespread voter fraud and Trump administration national security and election officials have called it the “most secure election in American history.”

In a letter dated December 23, attorneys for Dominion asserted that Lindell has “participated in the vast and concerted misinformation campaign to slander Dominion.” They demanded that Lindell stop “making defamatory claims against Dominion” and preserve all documents related to the his “smear campaign” against the company. “Litigation regarding these issues is imminent,” the letter said.

Lindell told CBS News’ Sara Cook late Monday, “I want them to sue me. Please. Because I have all the evidence, 100%. I want all the American people and the world to see the horrific things that these (Dominion voting) machines are capable of and what they did to our country and what — they’re allowing other countries to steal our election and just to hijack our election.