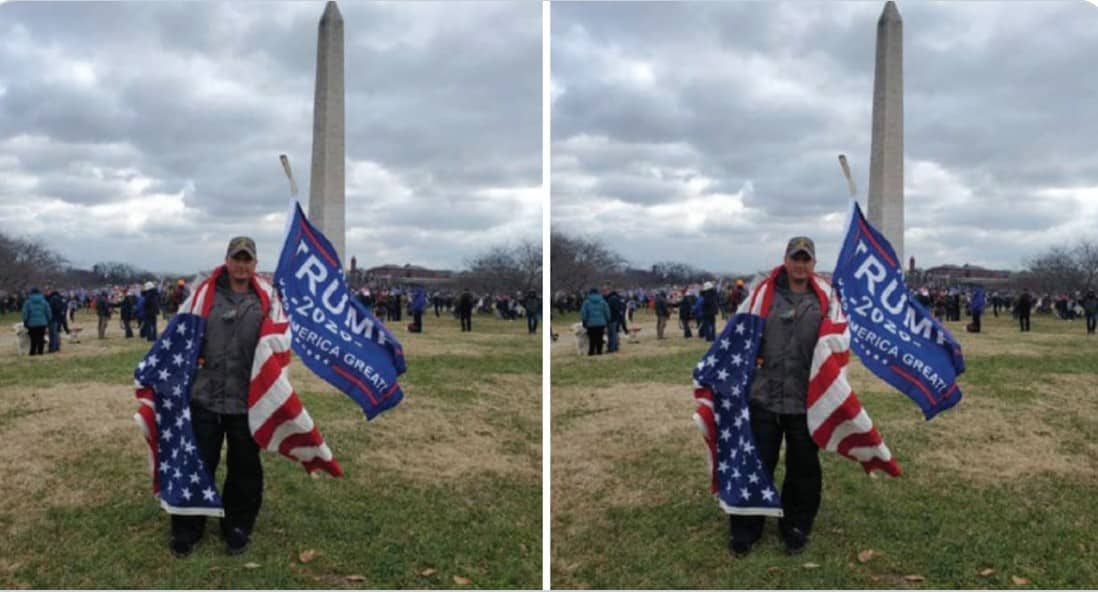 Most vicious of all, ‘HockeyStickMan’ led assault on Officer Sicknick that ended in his death..

“Foy begins striking a group of Metropolitan Police Officer assisting in the protection of the U.S. Capitol who had been knocked down and dragged into the crowd of rioters,” authorities said in an affidavit. “This attack continues for approximately 16 seconds until Foy is knocked down by another rioter. At that time, Foy circles back through the crowd, lowers his hood, which reveals a clear image of his face.”

On January 17, 2021, the FBI also identified a YouTube video entitled, “I can’t breathe (on the steps)/The Storm Arrived Pt 9,” posted by user name The Black Conservative Preacher. This video shows another angle of the attack on law enforcement at the U.S. Capitol on January 6, 2021. Specifically, at time stamp 1:00 in the video, FOY begins striking a group of Metropolitan Police Officer (“MPD”) assisting in the protection of the U.S. Capitol who had been knocked down and dragged into the crowd of rioters. This attack continues for approximately 16 seconds until FOY is knocked down by another rioter. At that time, FOY circles back through the crowd, lowers his hood, which reveals a clear image of his face. At time stamp 1:26, FOY raises his hockey stick above his head in celebration and beings shouting (the words are indistinguishable from the other crowd noise). At 3:45, Foy begins motioning and shouting, as if to another individual in the crowd, and appears to be saying “Let’s Go,” while pointing at the U.S. Capitol building. At 3:59, FOY is seen crawling through a broken window into the U.S. Capitol.

ARRESTED: Michael Joseph Foy aka #HockeyStickMan from Westland, Michigan. This vile terrorist attacked an officer on the ground with a hockey stick that a mob pulled out near the archway of the Capitol. https://t.co/3Wcnzm9g3J pic.twitter.com/VEZWo6mA9G

Agents were led to Foy thanks to pictures of the suspect posted on Facebook by his father, Joseph Foy, the FBI said.

NEW: DOJ arrests and charges Michael Joseph Foy of Michigan after IDing him as man seen attacking MPD officer with a hockey stick during the insurrection. The attack lasted for 16 seconds, per FBI affidavit. pic.twitter.com/K0QuLH6gIg

The father posted one picture of Foy, carrying a “Trump 2020” flag – affixed to a hockey stick – in front of the Washington Monument on Jan. 6, according to the affidavit. In another image, the suspect was draped in an American flag.(NBC News)

Federal authorities identified Michael Joseph Foy as the man in a viral video.https://t.co/GHkUQCoX2l

Detroit News: The Federal Bureau of Investigation has arrested a Wixom man who the agency contends entered the U.S. Capitol on Jan. 6 and allegedly assaulted individuals with a hockey stick.

He will appear in court Monday for a detention hearing, where federal prosecutors are expected to also produce body camera footage of the alleged assault and ask for Foy’s continued detention.

Foy is charged with having entered and remained on restricted grounds with the intent to impede with authority; obstruction of law enforcement; assaulting, resisting, opposing, impeding, intimidating or interfering with an officer; and aiding and abetting.

He also is charged with obstructing, impeding or influencing any official proceeding of Congress.

In the FBI’s Tuesday filing, signed by U.S. Magistrate Judge Robin Meriweather, an FBI special agent referred to several photos and videos allegedly showing Foy carrying a hockey stick at the U.S. Capitol and at times swinging it at individuals, including one person lying on the ground and a law enforcement official. 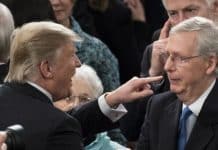