[ Editor’s Note: Donald Unipolar Trump’s attempt to play king of the hill by trying to bully other countries into buying US weapons, or go on the doo doo list, ended up pushing those targeted toward weapons providers that did not threaten sanctions if turned down.

Biden will be reviewing how to dial some of this back, but India’s situation will be just one of many that has to be reviewed. His Secretary of State and Pentagon chief will have their hands full prioritizing and juggling the rebalancing that will be taking place.

Europe and NATO will obviously be at the head of the line, and Democratic history has shown its attraction for foreign bogeymen to keep the defense industry happy that the cash conveyor belt will keep rolling.

Thank goodness Biden has a strong front line with deep background in their respective departments, as this is no time for the likes of the political grifters that Trump had installed everywhere possible, including places where they were instructed to just undermine and block the departmental mission statements.

A list has been kept of all of those to track, regarding where they go in their post Trump careers, as grifter chickenhawks tend to flock together looking for new poaching grounds.

That said, Biden has already said he effectively plans to keep pushing China and Russia together. Boris the Bombastic in Britain has already offered his services for any anti-China initiatives.

Once again we see the term ‘deescalation’ banished to political Siberia, even among the theoretically peaceloving Democrats, a concept that often turns out to just be a mirage… Jim W. Dean ] 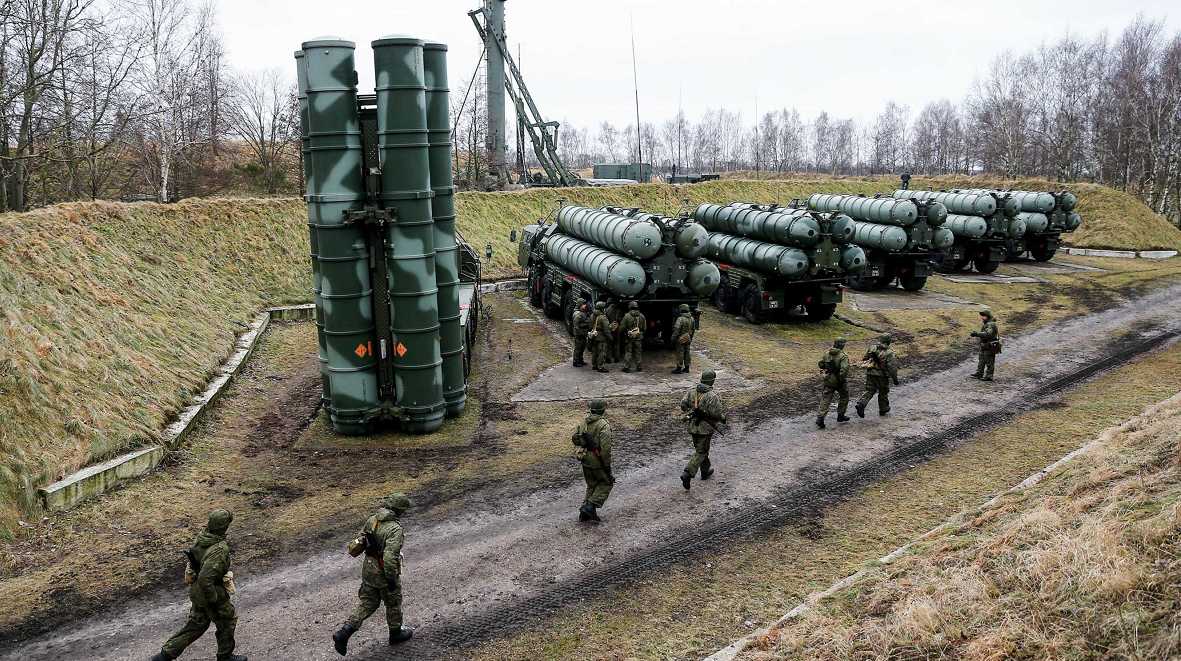 India is set to send a team of military specialists to Russia, where they will receive training on the S-400 air defense system, which New Delhi plans to purchase from Moscow despite US threats of sanctions.

Russian ambassador to India, Nikolay Kudashev, said that the military’s team’s upcoming departure is a “remarkable occasion” that will usher in “a new stage in our strategic partnership.”

Kudashev defended a $5.4 billion deal that was signed between New Delhi and Moscow in October 2018, for India’s purchase of five long-range surface-to-air missiles, from Russia.

The first batch of the S-400s is expected to be delivered by the end of this year and all deliveries will be completed in a five-year period. Kudashev also said Moscow was “successfully moving towards implementation” of several other arms deals with India.

He also mentioned the production of more than 700,000 AK-203 Kalashnikov rifles by a joint venture in India as well as the supply of 200 Ka-226 helicopters and production in the Asian country.

The two have signed an advanced cooperation agreement in combat aviation, main battle tanks, frigates, submarines and missiles, and joint production of the BrahMos cruise missile.

Kudashev said that the two countries are “deeply involved” in joint development and production of military equipment, components and spare parts, sharing of technologies and improving after-sales service.

“We have developed an advanced legal base for this purpose,” he added.

This comes as former US administration warned earlier this week that New Delhi would not get a wide waiver from a 2017 US law aimed at deterring countries from buying Russian military hardware.

The act has been brandished by Washington against allied nations mulling weapons deals with Russia — namely India and Turkey. Observers say Washington’s position is unlikely to change now that Donald Trump has left office and President Joe Biden’s administration takes the wheel.

India has, however, emphasized that it can make its own arms purchases independently, and that it would not be influenced by other countries on its national security and defense.

“India has always pursued an independent foreign policy,” said India’s external affairs ministry. “This also applies to our defense acquisitions and supplies which are guided by our national security interests,” he added.

Washington has repeatedly threatened its allies and partners with sanctions if they have military transactions with Russia. Last month, it imposed sanction on NATO ally, Turkey, over its acquisition of Russia’s S-400 missile systems.