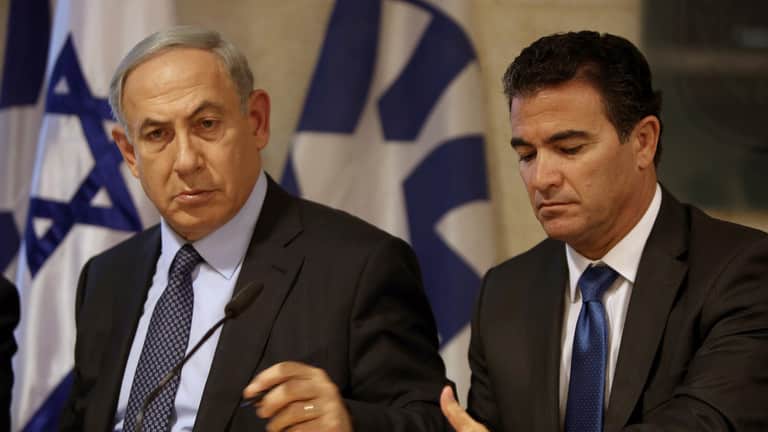 Benjamin Netanyahu never rests. Because he continues to live in fear, because he knows he has been perpetuating categorical lies since the beginning of time, he is obviously in panic. He is currently in panic again because the Biden administration may choose to opt out of the Israeli script, particularly with respect to Iran.

We have already witnessed how the entire Israeli regime has been in a state of confusing because Biden plans to rehabilitate the Iran nuclear deal. According to Benjamin Netanyahu, rehabilitating the Iran deal is not a good political move for Biden, despite the fact that reestablishing it will be good for the entire world, including the United States.

So what has King Bibi been doing lately? Well, he has dispatched a Mossad agent to Washington. The mission? To outline Israel’s demands on Iran. Perhaps Biden needs to give Bill Clinton a call again and ask him how he responded to Netanyahu when the mad man in Tel Aviv relentlessly made one diabolical demand after another. Clinton, as noted in the past, once told Netanyahu, “Who the fuck does he think he is? Who’s the fucking superpower here?”[1]

Joe Lockhart, the White House spokesman at the time, declared that Netanyahu was “one of the most obnoxious individuals you’re going to come into – just a liar and a cheat. He could open his mouth and you could have no confidence that anything that came out of it was the truth.”[2]

French President Nicolas Sarkozy and former US President Barack Obama came to the same conclusion in 2011. “I cannot bear Netanyahu, he’s a liar,” Sarkozy said to Obama. Obama responded: “You’re fed up with him, but I have to deal with him even more often than you.”[3] The Obama administration, as you recalled, ended up calling Netanyahu “a chickeshit.”[4]

So, if Netanyahu is obnoxious, then he has no business telling Biden what to do with Iran. The mad man, who has a history of displaying cartoonish versions of Iran, has already sent his most trusted man in the White House. This trusted man is none other than Yossi Cohen. What does Cohen require of the new administration?

“Radical overhaul.”[5] This includes “a full halt of uranium enrichment and production of advanced centrifuges. On top of that, Israel wants Iran to stop ‘supporting terror groups’ and ‘end its military presence in Iraq, Syria and Yemen.’”[6] This is another classic example which shows that people like Benjamin Netanyahu are living in a dream world, one which is congruent with a Satanic ideology.

You see, the equation cannot be balanced at all because no person with an ounce of common sense can live with it consistently and logically. One has to stay outside the moral and logical order to come up with crazy things like that.

Biden, I think, needs to sit down with Bill Clinton again and ask him how he was able to tell the mad man in tell Aviv to basically stay in Israel.