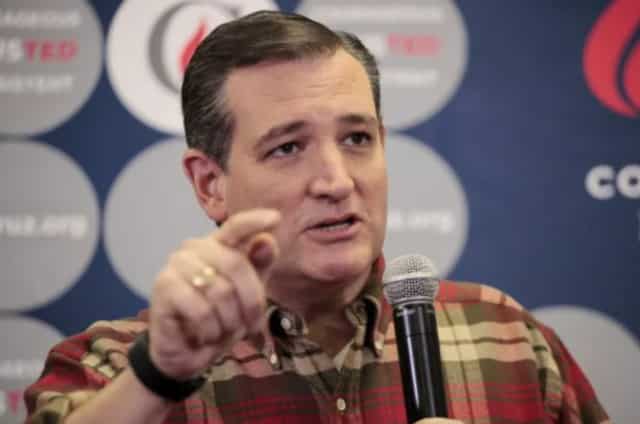 “In my house, if my 5-year-old daughter says something she knows to be false, she gets a spanking,” says Ted Cruz.

‘Keep Pittsburgh out of your mouth’: Steel City to Ted Cruz over Paris Climate Accord barb

A Tweet by Sen. Ted Cruz using Pittsburgh to blast President Joe Biden’s immediate executive order for the U.S. to rejoin the Paris Climate Accord has some Steel City residents steaming.

The main message from these climate-change-minded Pittsburghers to the conservative Cruz of Texas: “Keep our city out of your mouth, Senator.”

Here is a Pittsburgh political backlash in a series of tart tweets:

First, the Cruz tweet that tied the global Paris accord to Biden favoring Parisians over Pittsburghers:

By rejoining the Paris Climate Agreement, President Biden indicates he’s more interested in the views of the citizens of Paris than in the jobs of the citizens of Pittsburgh. This agreement will do little to affect the climate and will harm the livelihoods of Americans.

That ignited the backlash from Pittsburgh, with blowback hotter than a blast furnace:

I mean Pittsburgh was declared the greenest city in America a decade and a half ago, but I guess craven opportunists like @SenTedCruz are willing to ignore that in order to pander to the worst of their base. https://t.co/3I2Ob6Julu

🗣KEEP PITTSBURGH’S NAME OUT OF YOUR SEDITIOUS MOUTH https://t.co/vje8w1u7qh

Says the guy who tried to THROW OUT ALL THE VOTES OF PEOPLE FROM PITTSBURGH https://t.co/qpe120qoUv

85% of your tax cut went to the rich. You went to Harvard. Your wife works for Goldman Sachs. Your man baby ex president whose ass you kiss daily owns a golden toilet. What in the fuck are you talking about?

Others blasted the Republican Cruz seizing upon an outdated image of tech-and-medical-savvy Pittsburgh, which hasn’t been bellowing smoke from steel mills in decades:

Ted Cruz: Pittsburgh is smoky and full of downtrodden laborers with coal-smeared faces, black lungs, and a ceiling of smoke you can’t see through on a sunny day and they want more earth-ruining, lung-scalding jobs!