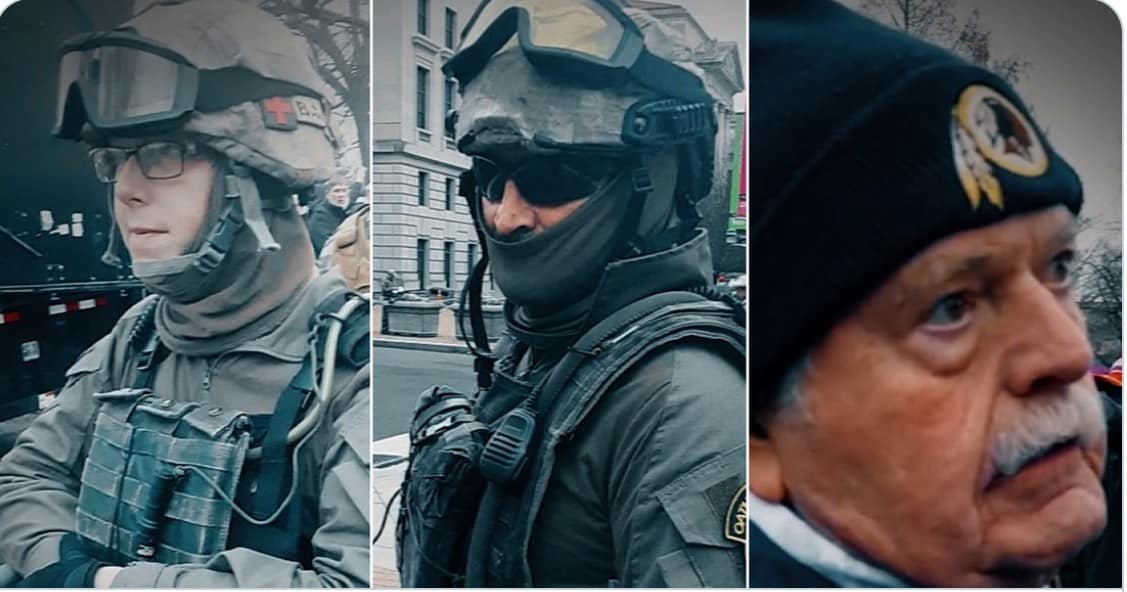 Caldwell, militant head of the Oath Keepers and accused planner of the hunt for Pence and Pelosi is allegedly a close associate of Rep. Lauren Boebert, another former bar maid, now serving in congress, who is widely accused of directing terrorists during the coup attempt.

Boebert not only remains at large, but still serves in Congress while demands for her arrest resonate across the nation.

Watkins is accused, along with two other Oath Keepers, of a multitude of charges: conspiracy, conspiracy to impede an officer, destruction of government property, obstruction of an official proceeding, entering a restricted building or grounds without lawful authority, and violent entry or disorderly conduct on Capitol grounds. 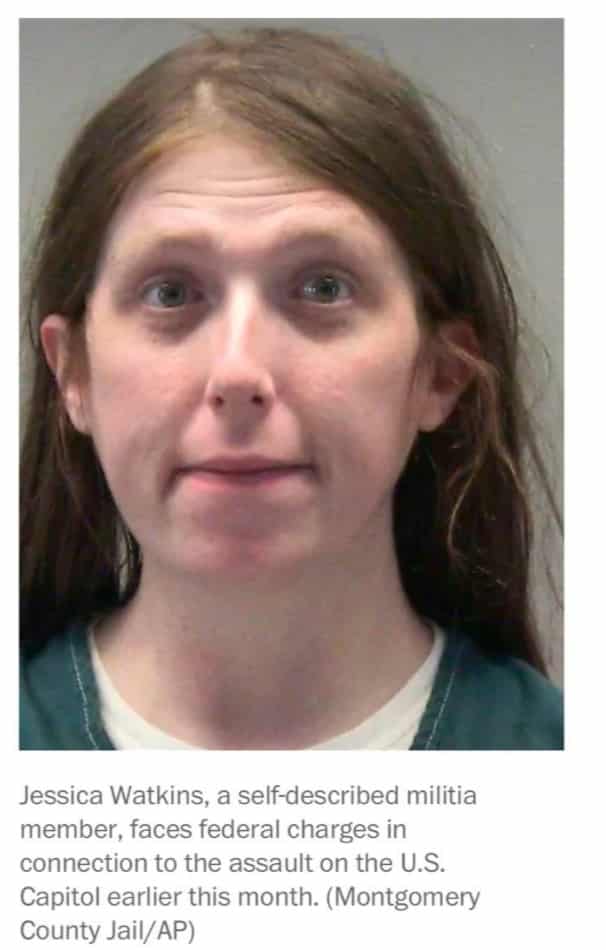 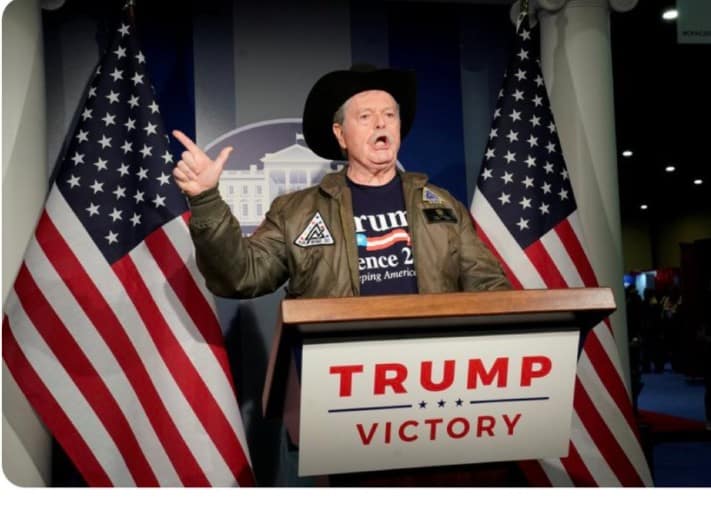 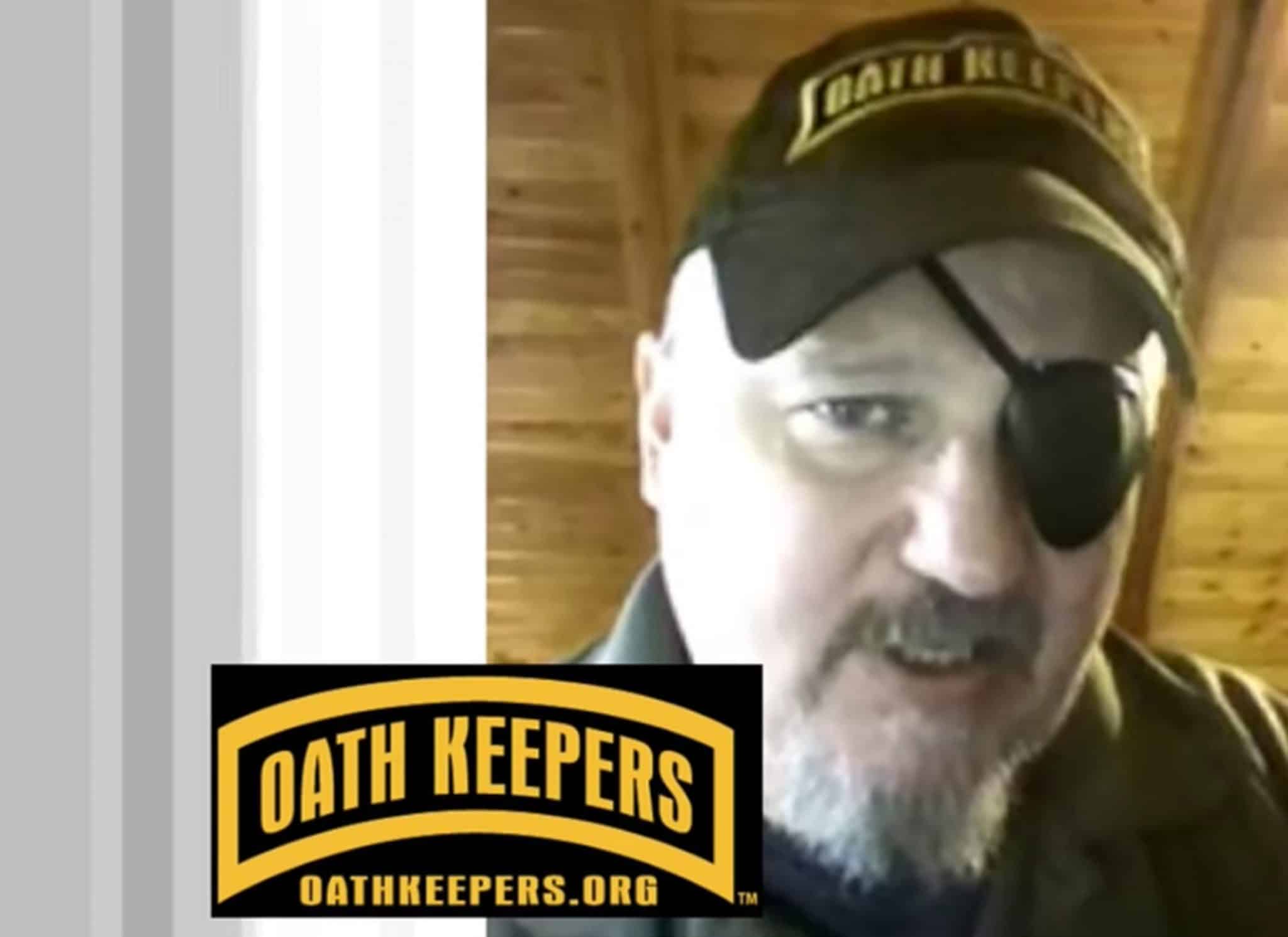 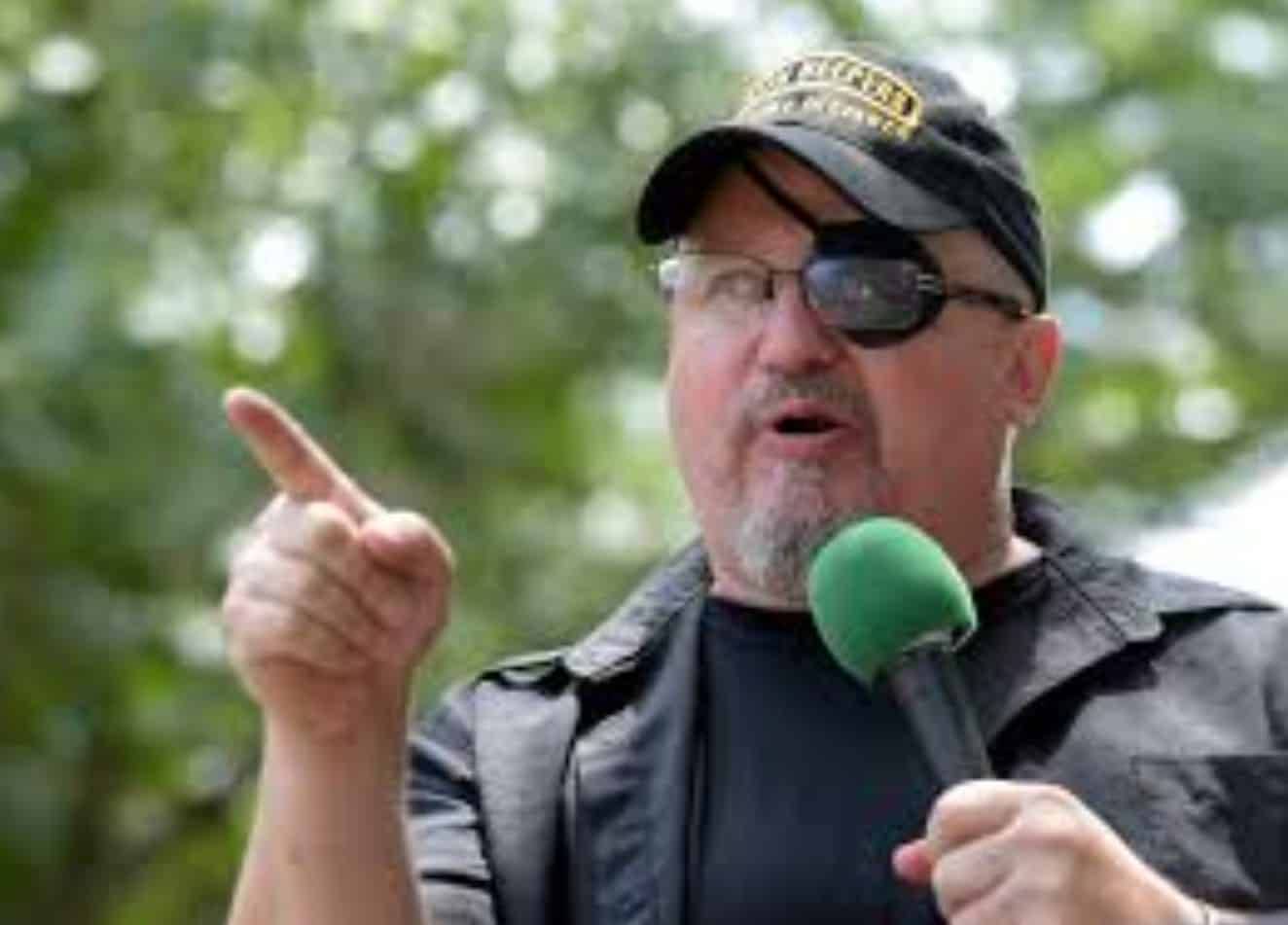 NY Daily News: Three giddy members of a right-wing paramilitary group celebrated after storming the U.S. Capitol in a premeditated riot, with one encouraged by supporters to gas the members of Congress barricaded inside, court documents charged Tuesday.

Oath Keepers members Thomas Caldwell, a 65-year-old Virginia man, along with bartender Jessica Watkins, 38, of Ohio, and former Marine Donovan Crowl, 50, also of Ohio, were part of an organized 30-to-40 member crew involved in the breach as Vice President Pence held a congressional hearing on President Trump’s challenge of the November election results, the federal court documents alleged.

“All members are in the tunnels under Capitol,” read a Facebook message sent to Caldwell, allegedly by Rep. Lauren Boebert, identified by authorities as holding a leadership role in the organization. “Seal them in turn on gas.”

Caldwell later described the rioting as “a good time,” suggesting a similar attack on the Ohio statehouse. And another video captured Crowl and Watkins celebrating the attack.

“We took on the Capitol!” shouted Crowl, who served as a helicopter mechanic on an amphibious assault ship in the Persian Gulf. “We overran the Capitol!”

Watkins and Crowl returned to Ohio and turned themselves in Sunday after laying low for several days at the Berryville, Va., home of Caldwell — known to his co-conspirators as “Commander Tom,” court papers showed. 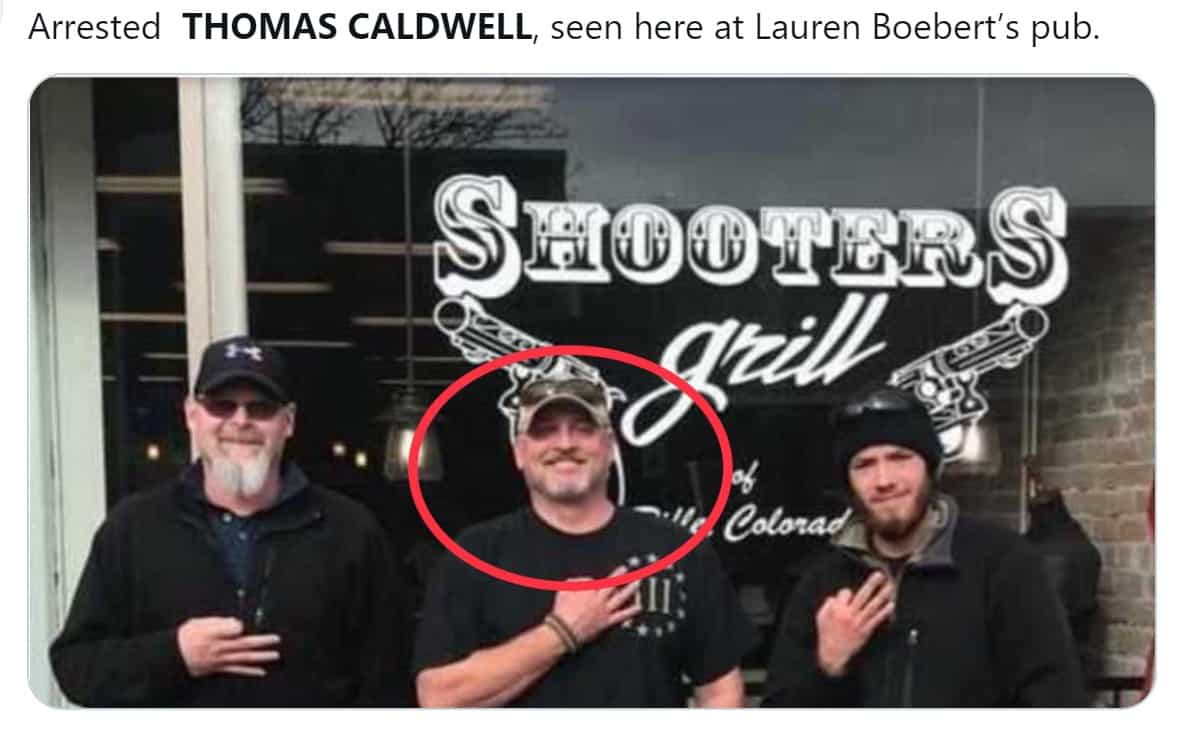 "In charging papers, the FBI said that during the Capitol riot, Caldwell received Facebook messages from unspecified senders updating him of the location of lawmakers."#HoldThemAccountablehttps://t.co/umjrSjoRCY

Woodstock, Ohio (CNN)In her Ohio hometown, she’s known as an Army veteran who runs a bar and set up a small self-styled militia her boyfriend says she created to help neighbors if tornadoes hit.

To the FBI, she’s a militant leader who traveled to Washington, DC, and stormed the US Capitol, encouraging others to do the same.

The two worlds of Jessica Watkins crashed into each other in the small village of Woodstock, Ohio, when FBI agents turned up early one morning to arrest her for her alleged role in the January 6 insurrection.

“We could hear so many sirens. And then we heard them yelling for her to come downstairs with her hands up and she did not,” said Emma Dixon, who witnessed the pre-dawn raid from a home across the street.

Watkins was seen on video taking part in the insurrection that is linked to the deaths of five people and that terrified lawmakers, who were forced to run to hiding places, fearing for their lives.

When the FBI arrived in Woodstock, Watkins was not there. Her boyfriend, Montana Siniff was. He told CNN disorientating flash-bangs were used.  A window was broken. It remained that way days later.

FBI agents questioned him and eventually left, he said. In a complaint filed in court, federal prosecutors said agents recovered what “appears to be directions for making explosives, authored by ‘the Jolly Roger.'” Jolly Roger is also the name of Watkins’ bar and a Facebook account believed to be linked to her, authorities say.