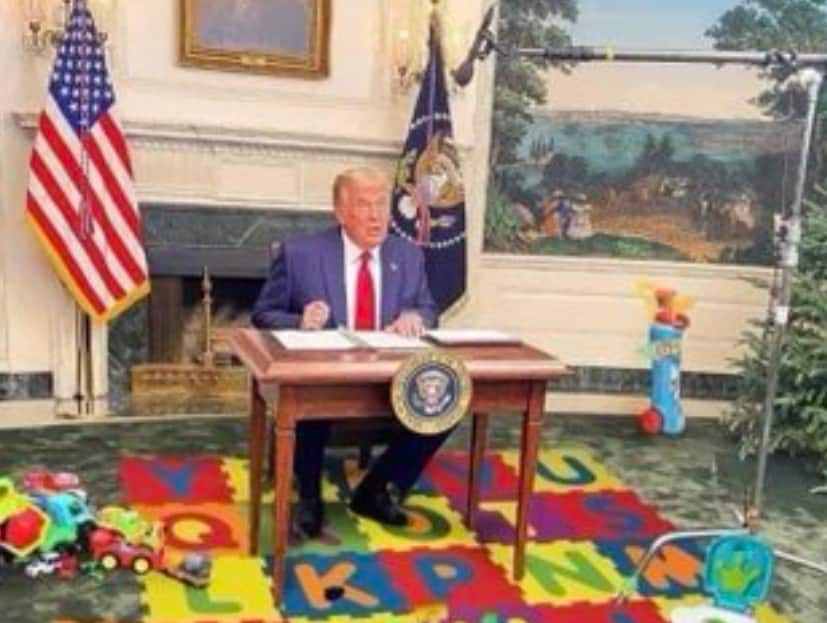 Raw Story: On Monday evening, Donald Trump announced he was creating the “Office of the Former President” in Palm Beach, Florida.

Office of the Former President pic.twitter.com/wvTG16J3uA

Complete with it's very own Trump Tower… pic.twitter.com/khS9K1OKkZ

According to CNN reporter Kaitlan Collins, the new office, which is to be run by former aides in the Trump White House, “will be responsible for managing President Trump’s correspondence, public statements, appearances, and official activities,” and will “carry on the agenda of the Trump administration through advocacy

"DO YOU WANT TO BRING ME A DIET COKE? I'M LOCATED IN 'THE OFFICE OF THE FORMER PRESIDENT OF THE UNITED STATES!'" pic.twitter.com/pjZD76Zm8H

Although it is common for ex-presidents to have an ongoing public presence, Trump’s announcement swiftly drew mockery from commenters on social media. Many ridiculed it as a last-ditch attempt for Trump to remain culturally relevant and influential.

"Office of the Former President" is what you create when you are legally barred from starting a charitable foundation because you embezzled money from kids with cancer. pic.twitter.com/LgEu5vew9V

The Office of the Former President has been set up, making many calls, having many meetings… pic.twitter.com/i8rqIShgSM

Office of the Former President is just a pop up tent in the KFC parking lot no one is falling for this pic.twitter.com/hfJlCwgFRD

Breaking video of Trump’s “Office of the Former President” with a few of his aides working. pic.twitter.com/ZDydDUiThW

The Office Of The Former President will definitely have barred windows and a thick metal door. pic.twitter.com/v1P7ImBnqH

Office of the Former President