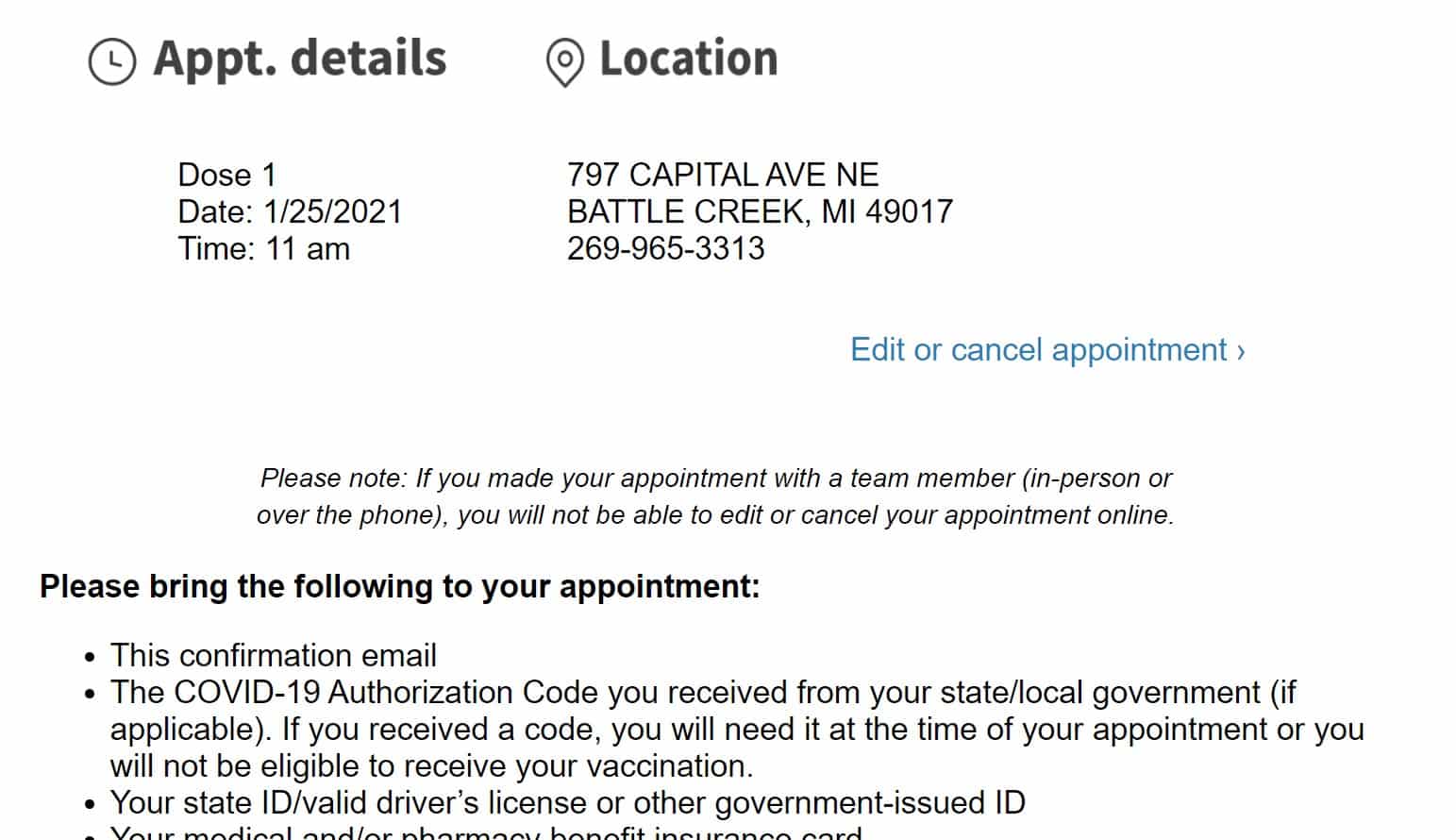 VT Kalamazoo MI: A report today is that police and Proud Boys have taken control of vaccine distribution, in one case through a Walgreens operating under the authority of the Michigan Department of Health.  Today’s most recent incident is at the Walgreens on Capitol Ave. in Battle Creek, Michigan, a hotbed of neo-Nazi militia activity.

VT staffers, including an attorney with a Kalamazoo child protection group, witnessed ‘militia type’ personnel administering vaccine programs and turning away those with state authorized scheduled appointments for being Muslim or Hispanic.

Calhoun County Sheriff’s officers, many of them Oath Keepers and Proud Boys, were called to back up the Proud Boys and escort minority (or partial minority as in one case) victims away who complained at the illegal treatment.

VT has confirmed that these were real appointments and has documentation.