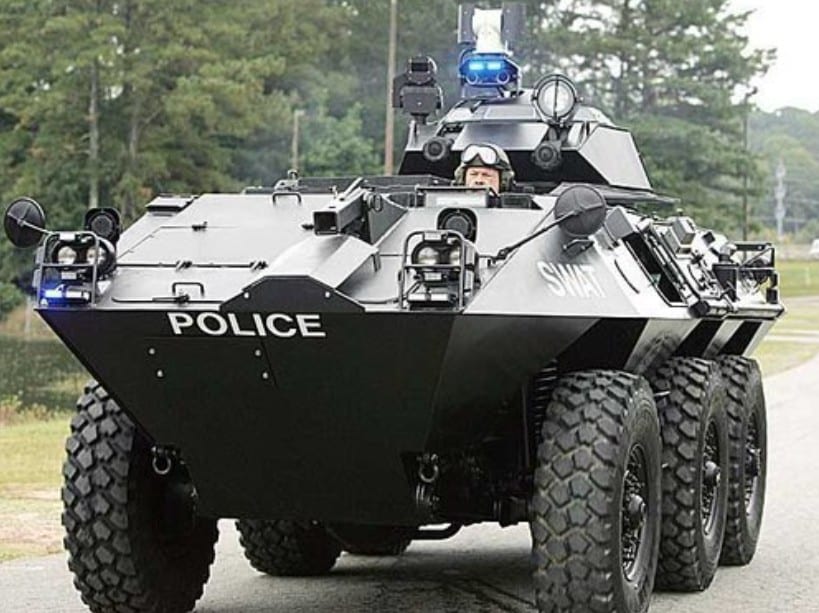 It might be nice to get Israel, Russia and the Oath Keepers out of our police as well.  We did violent and corrupt police perfectly well on our own with no foreign interference…thank you very much

Jerusalem Post: Some of the Biden administration’s actions will reinstate policies at the Justice Department that were in effect during the administration of former President Barack Obama, according to the planning document circulated to congressional Democrats by the White House.

Following the fatal police shooting of a black teenager in Ferguson, Missouri, in 2014, Obama curtailed the federal government’s military equipment transfer program to local law enforcement amid a public outcry over its use.

The Obama-era policy placed limits on the types of equipment police departments could receive, and required them to justify the need for items like helicopters, riot helmets and “flash-bang” grenades.
The move to reduce the use of private prisons is also an Obama-era policy that was championed by then-Deputy Attorney General Sally Yates.
The United States was rocked by street protests in 2020 over the killings of black men and women by police, including George Floyd in Minneapolis in May.
Floyd’s death has helped spark renewed calls for reforms to address systemic racism, both in how Black communities are policed and incarcerated.
Other potential executive actions in the works include reforms targeting prosecutorial decisions and sentencing, as well as policies involving voting and other civil rights laws.
The document seen by Reuters did not have details on those, saying they were “TBD” (to be determined).
However, Biden has previously pledged to scale back the use of mandatory minimum sentences – a policy that was also imposed by the Obama administration, but later undone after Trump took office.
Activists have also pushed for ending the use of the death penalty for federal crimes.

Daily Beast: In the 1990s, Joe Biden bragged that his work in the U.S. Senate helped America win the “War on Crime.” Decades later, one of his first acts as president will be to undo one of the most potent symbols of that record.

BREAKING: Biden orders Department of Justice not to renew its contracts with private prisons in keeping with his racial justice agenda.

Included in a raft of executive orders designed to address systemic racism in the housing and criminal justice systems that Biden intends to sign on Tuesday afternoon is an order ending the Department of Justice’s use of private prisons.

Such facilities, operated across the country, are a billion-dollar industry, paid for with taxpayer money and often plagued by dehumanizing conditions for inmates, minimal training of personnel, and work conditions that former detainees liken to slave labor.

Joe Biden is poised to issue executive actions scaling back the use of private prisons and placing new limits on the transfer of military equipment to local law enforcement, according to a person familiar with the matter and a planning document https://t.co/oBG9uZC2IT pic.twitter.com/ooWSSvBR9b

“Mass incarceration imposes significant costs on our society and community, while private prisons profiteer off federal prisoners and have been found by the Department of Justice’s own inspector general to be less safe and secure,” a senior administration official told reporters on a briefing ahead of the announcement of the executive orders’ contents, calling the policy a “first step in his broader criminal justice agenda.”

“President Biden is committed to reducing mass incarceration while making our communities safer,” the official said. “That starts with ending the federal government’s reliance on private prisons.”

As the architect of the landmark legislation he once dubbed “The Biden Crime Bill,” Biden spent much of the Democratic presidential primaries on the back foot as rivals for the nomination attacked the law as a driving force behind the modern carceral state.  Read more..