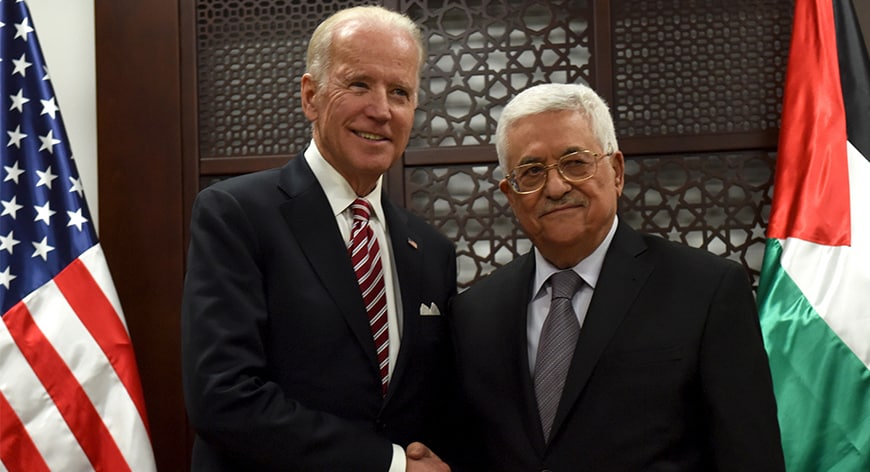 “President Biden has been clear in his intent to restore US assistance programmes that support economic development and humanitarian aid to the Palestinian people. And to take steps to reopen diplomatic missions that were closed by the last US administration.”[1]

While the article moves on to say that Biden fully supports Israel, one gets the impression that troubles between Bibi and Biden are not too far away. Biden obviously needs to teach Bibi a lesson because Bibi has already shown complete disrespect for Biden and his administration by approving, according to the Times of Israel itself, “some 800 new settlement homes ahead of Biden inauguration.”[2] In response, Netanyahu declared: “We’re here to stay. We’re continuing to build the Land of Israel!”[3]

Translation: Israel will continue to kick Palestinians out of their territories and steal land. You don’t like that? Well, you are a vicious anti-Semite! Israeli opposition leader, Yair Lapid, obviously saw that Israel has taken a bad move. He said:

“The Biden administration still hasn’t taken office and the government is already leading us to an unnecessary confrontation. Even during elections, the national interest needs to be maintained. A sane government doesn’t start an unnecessary battle with a new American president.”[4]

We all hope that Biden is taking copious notes and jotting down key points. We all hope that he will stick it to Benjamin Netanyahu within the next two years or so. He will certainly be on equal footing with past presidents like JFK.