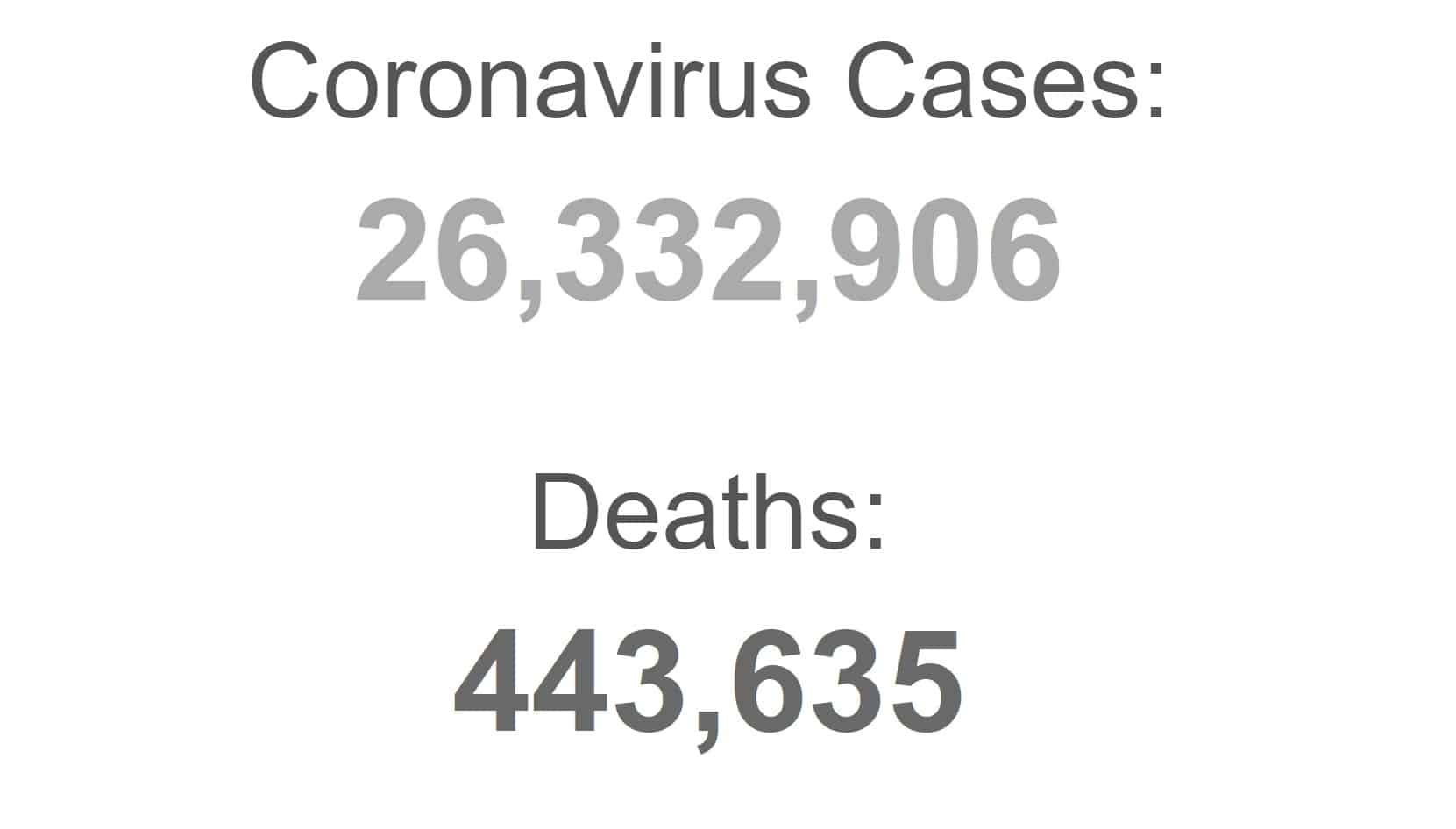 VT received information some years ago that a foreign organization, call it the inheritor of the Soviet Union, which is more than simply “Russia,” had taken control of a significant portion of the US.

We tripped over them when they walked in and took over Arizona, murdering those who stood in their way, buying others, all done through control of the Arizona GOP.  Today, Cindy McCain is standing against them, protected by her family and its powerful connections to some very serious people.

The lead into the US was laid long ago, the 1870s onward, by the Mormons who warred on the US.  The relationships they formed when they fled to Mexico, partnering with war lords there (the proper term), turned into a century and a half of drug running, human trafficking and eventual control of key banking sectors, gambling operations, insurance, real estate and an empire, managed from Cuba, banked in the Cayman Islands, that channels bills a year into corrupt GOP politicians at every level in every state.

This is but one tentacle, one we have detailed information about,  but there are more.

This “tentacle” has always answered to the Kremlin and led to a very real communist takeover of many American institutions.  Recordings below give the details.  So, what were the communist scares of 1918 and the 1950s?

Look at who ran them, look at Roy Cohn for instance, and his acolyte Donald Trump.

But it is far worse than that, and Trump is simply the first big name that came out  with the label of “Russian stooge.”

But then it is far more complex than Russia and Trump is only a single cog in a machine that is old, very old and so much more than communist.

What I am going to put here will be true.  It will also be, to an extent, information many of you have never seen.  There is a war against the United States by external forces.  Naming and identifying them isn’t so easy.  They could be called “communists” or “freemasons” or “the Jews” but our efforts, over two decades, to identify and name who it is comes up short.

The information we are working with is extensive, from multiple intelligence agencies, from high level sources and quiet discussions in two dozen, maybe three dozen countries.  We begin:

The US is subject to a massive foreign takeover, not just an influence operation.  There are several major markers, one being media.  The Murdoch organization is clearly part of this, a very significant part.

The weakness used against the US is primarily the Republican Party.  This is why VT gets involved in politics.  Newt Gingrich sold America to the clique of secret societies, European based, banking certainly but moreover a self construed black nobility that traces back to the latter Roman Empire, it is that old.

This black nobility manifested itself through gaining control of European intellectual movements of the 18 and 19th century, developing into communism and fascism and other belief systems as well, gaining control of most nation state governments through control of both currencies, which gave them political power, and the churches.

They control Judaism, the Vatican, they laid the basis for esoteric Christian evangelism, a Luciferian belief system, which has risen to prominence in America under Dominionism, neo-conservatism and Christian Zionism as well.

Let’s step back and talk relevance.  In 2012 we received this information and much other as well…

Here, a senior FBI agent, a real “tough guy” like seldom exist, came to us with a story, things he learned investigating the cartels and their connections.  This is what he told me, information largely in these debriefings, of which the two “tapes” here are what we can release:

America is politically dominated through generations of “fake people,” or what is called “walk ins” who represent the big name families, Bush, Trump, Romney but not dozens, hundreds more.

The FBI described how one state governor was smuggled in from Cuba and walked right into a statehouse to replace someone else now buried in a field.

We heard descriptions of how hedge funds, tech companies, major defense contractors, big GOP donors, were all “fake people,” just has had been done along the Silk Road.  Let me explain.

A caravan would be heading back from China loaded with silks and spices for the ‘European markets.  Certain Khazarian individuals would infiltrate into the tents, kill the merchants and take their place.  Many of Europe’s great fortunes including much of the nobility from the 12th century onward is Khazarian.  This was their trademark.

We studied other families from Iberia, expelled after the Muslims were displaced.  They became the banking families of Venice and Genoa, then Frankfurt, Amsterdam and London, then New York.  Their names changed continually.

Their story is the Protocols of the Learned Elders of Zion but, let us be clear, we do not support that document as it purposefully misleads.  We aren’t looking for “the Jews” here, it is far more complicated than that but suffice it to say this group did start World War I and many before and sense but they aren’t “Elders of Zion.”  If you read it somewhere and it is talked about, it will be disinformation.

When VT investigated Google Corporation and its “founders,” nothing made sense.  Behind each of the social media platforms and tech corporations is something else.  Nothing grows and thrives in the US without “the fix” being in.  How do you go from a 3rd rate search engine, much worse than old Alta Vista, to deciding what people read and see and think?

Who handed Google control of the world?  One tiny bit of background comes from “How the CIA Made Google:”

Google styles itself as a friendly, funky, user-friendly tech firm that rose to prominence through a combination of skill, luck, and genuine innovation. This is true. But it is a mere fragment of the story. In reality, Google is a smokescreen behind which lurks the US military-industrial complex.

The inside story of Google’s rise, revealed here for the first time, opens a can of worms that goes far beyond Google, unexpectedly shining a light on the existence of a parasitical network driving the evolution of the US national security apparatus, and profiting obscenely from its operation.

For the last two decades, US foreign and intelligence strategies have resulted in a global ‘war on terror’ consisting of prolonged military invasions in the Muslim world and comprehensive surveillance of civilian populations. These strategies have been incubated, if not dictated, by a secret network inside and beyond the Pentagon.

Established under the Clinton administration, consolidated under Bush, and firmly entrenched under Obama, this bipartisan network of mostly neoconservative ideologues sealed its dominion inside the US Department of Defense (DoD) by the dawn of 2015, through the operation of an obscure corporate entity outside the Pentagon, but run by the Pentagon.

In 1999, the CIA created its own venture capital investment firm, In-Q-Tel, to fund promising start-ups that might create technologies useful for intelligence agencies. But the inspiration for In-Q-Tel came earlier, when the Pentagon set up its own private sector outfit.

Google, in turn, controls all other tech companies and, in turn, controls the funds that control all technology as well, choosing what we see, hiding what they don’t want seen and ruling not just the tech world but a reality based on psycho-engineering humanity, which Facebook has been caught at over and over.

For decades now, Google led experiments on those who call themselves “targeted individuals” have played with total control of the human mind.  Do you think QAnon is an accident or demonstrators storming the US Capitol on January 6 with steel pipes and bear spray?

If you see what I see, you can watch the whole of the world media turn on a dime on orders from above, as they “tune up” their capabilities.  I saw them tested in Iraq, inducement experiments using microwave broadcast from aerostats and drones by Israel tech giants.

Where do you think ISIS came from?

The question many will ask is very simple and quite obvious, how do I tell the good guys from the bad guys?

Good guys tend to be dead or in prison.

Let’s look at the last election.  Trump got 74 million votes and anyone who isn’t brain dead asks themselves how this could be possible.  All of us test run our own views as to how we might support Trump.  In every case, something stops us, that he is an obnoxious little prick who is dumb as fuck.

Those of us who do our homework know him to be one of the “walk in” families from Frankfurt, generations of brothel keepers for the Rothschild mob and their toadies, the Warburgs (Palvenzuelas), Schiffs, Lehmanns.

We studied how America picks her elites, all chosen for their cowardice and narcissism.  Look at the GOP lineup for 2016, those on stage with Trump.  That should be enough proof for you.

One of my friends told me how much cash he was offered to start peddling QAnon crap.  I don’t know that he ever got paid.  You see, when profiling useful idiots, you can lie to them over and over, people whose lives are limited, who are controlled entirely by financial debacles they are too fucking stupid to know were specifically engineered to make them controllable.

Nobody “they” need is ever allowed to get clear, get the pressure off.  Useful idiots are kept on a tight tether. Look at the lives of people in the fake alternative media, but you can’t.  I can.  They live in terror to the extent they will grasp onto anything, no matter how filthy, simply to get a moment of breath.

stop here….this could go on forever…but could you handle it?