What were certain GOP house members doing during the attack and why are they now subject to arrest? 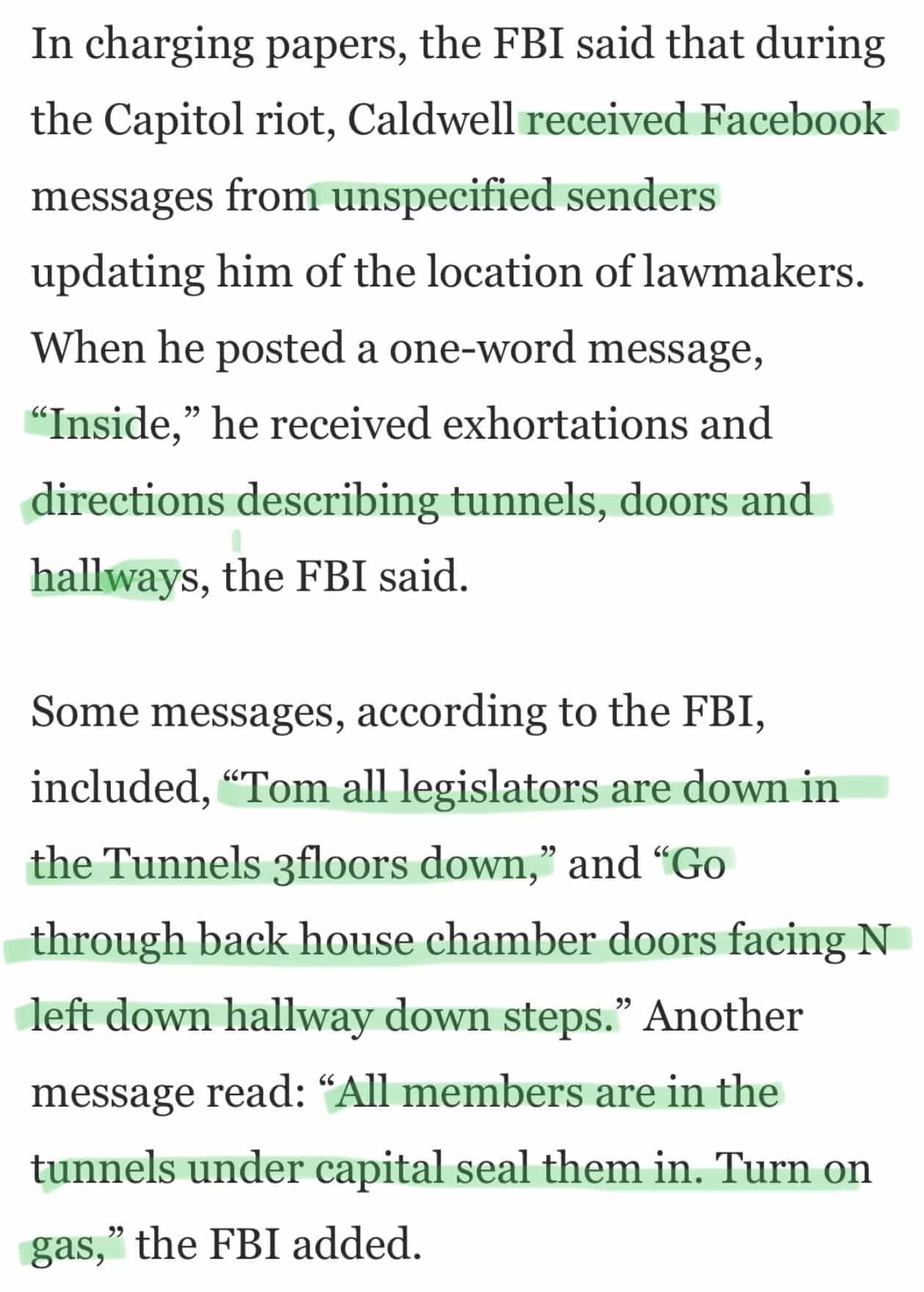 Raw Story: Some military veterans began recruitment efforts within days of the election to challenge the congressional certification of Joe Biden’s victory, according to prosecutors.

Indictments against a pair of Ohio militia members and a Virginia man show some of former president Donald Trump’s supporters recruited, trained and transported militants to Washington, D.C, to disrupt the joint session of Congress and overturn Biden’s win, reported the Washington Post.

I was on @EarlyStart this morning to discuss the latest indictments in the Capitol insurrection investigation…. members of the Oath Keepers militia, with alleged training camps in OH and NC…. Scary times, and DHS is now warning of more danger ahead. pic.twitter.com/xS5uXn5ycL

A four-count indictment accuses three military veterans — 38-year-old Jessica Marie Watkins and 50-year-old Donovan Ray Crowl, both of Woodstock, Ohio, and 66-year-old Thomas Caldwell, of Berryville, Virginia — of conspiring to obstruct Congress and other counts punishable up to 20 years in prison.

Colorado Congresswoman Lauren Boebert claimed she “didn’t know” the anti-government extremists she posed with on the steps of the Colorado Capitol in 2019. Turns out, that’s not true. #coleg https://t.co/F9Ho6LqVhh

Prosecutors also revealed that one of the Oath Keepers who stormed the Capitol had directions on how to make explosives at her home https://t.co/WrWgOcpbqQ

Prosecutors say Caldwell appears to have ties to the anti-government Oath Keepers organization, although his attorney denies he’s a member, and accused him and Watkins of contacting recruits Nov. 9, two days after Biden was projected as the election winner, and holding “basic training” near Columbus, Ohio, to get them “fighting fit by inauguration.”

Read this and recall that Trump was watching all of this unfold on TV, ignoring pleas for him to help and call it off. This could have been so much worse. https://t.co/5pUNNADLCF

The newly unsealed indictment also alleges Watkins took part in an encrypted “leadership only” call to coordinate the violent action, and that Caldwell arranged with someone to bring weapons and at least 40 people from North Carolina ahead of Jan. 6.

Great new details on how Oath Keepers & Proud Boys communicated and strategized during the Capitol assault. @nicole_hong and @alanfeuer also give us a glimpse into the F.B.I.'s investigative methods, including confidential informants in Facebook groups. https://t.co/bmU8hBGSjx

All three have denied wrongdoing in the Capitol insurrection.