[ Editor’s Note: This is not an aggressive move by the Biden administration, but a response to Trump having throw overboard pre-Trump appointees to pack the boards with members of his gang. But this current move does not include those who have already been sworn in.

In the Intel world these are known as “stay behinds”, people in low enough positions to not be high profile, but also close enough to what is going on as to be good sources of information to an out of power political party, and possibly even a foreign country that is supporting that political party.

In Israel’s case it would be both Dems and Republicans, the political version of betting red or black at the roulette table. And the value of having them on these boards to get reports on its deliberation would not be the limit of their value.

The prestige of being on such boards would open other doors that would enable these stay behinds to access a wide array of defense area deliberations to pass on to interested outside parties.

We are going to see more coming out in the following months of how not only was the Trump organization run like a mafia, but also to serve the interests of other parties behind the scenes, like those behind Trump whose names were not common knowledge.

More difficult will be rooting out all the infiltrators in the police and even the military that has fueled their ranks, including leadership roles in the Trump militias and brownshirts, an investment which was not made for a four year return, but to support a family political dynasty.

Israeli Intelligence has been recruiting and seeding people inside law enforcement for ages, and as usual, never been caught and prosecuted for it. Imagine that. A counter intelligence pro would want to make a list of everyone and all the parties that would benefit from such a ‘transition’ … Jim W. Dean ]

The Pentagon has suspended the processing of a number of former President Donald Trump’s last-minute appointees to defense advisory boards as the new administration looks to weed out loyalists to the former president.

The move effectively prevents a number of Trump allies, including his 2016 campaign manager Corey Lewandowski and deputy campaign manager David Bossie, from actually serving on panels tasked with providing advice to the defense secretary, at least for the time being.

The effort is aimed at scrubbing the members of the advisory boards “to determine if appointments were politically motivated vice professionally made,” said one of the people.

…”The Secretary, as you would expect, is reviewing current policies in place across the Department to determine if any changes are necessary, to include the advisory boards,” Pentagon spokesperson John Kirby said in a statement. “No final decisions have been made with respect to board membership. But we will make the information available should that change.”

…The Trump administration last year abruptly removed a slate of members from the business and policy boards and tapped people loyal to Trump to replace them. 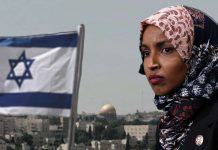 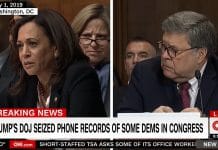 Trump’s Nazi Police State: Bill Barr ‘knew what he was hiding’ when he lied to Senate panel about secret investigations: former FBI official 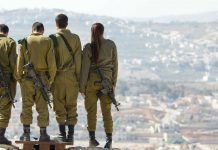 Sanctions against Israel, anyone?

NEO – Israel: The New Rules of the Game

Disturbing and Mysterious Death of 18yo Camilla after Vaccine. AstraZeneca’s Jabs...