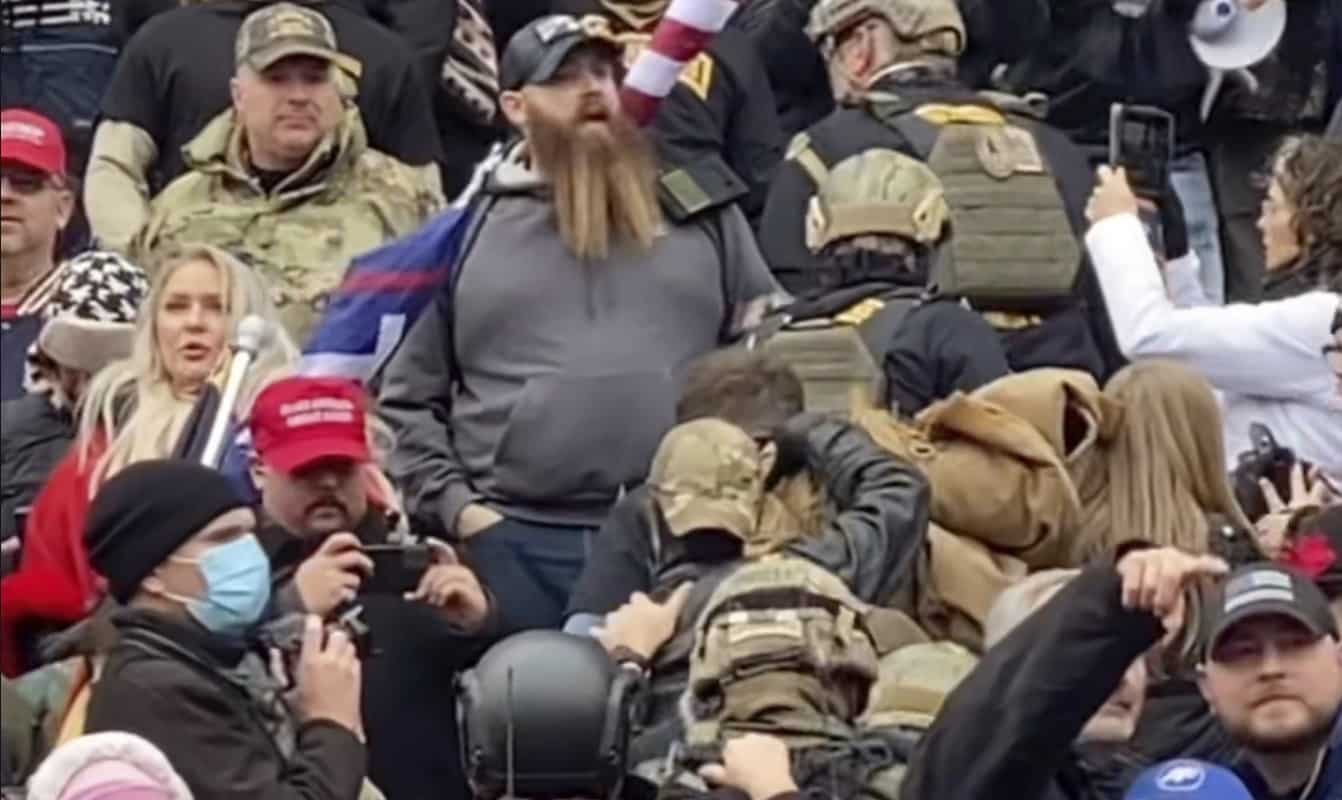 Until recently, Section 3 of the 14th Amendment was an obscure part of the U.S. Constitution.

The amendment is better known for its first section, which guaranteed individual rights and equality following the abolition of slavery. Section 3 of the 14th Amendment was created to tackle a different problem related to the Civil War: insurrection.

It prohibits current or former military officers, along with many current and former federal and state public officials, from serving in a variety of government offices if they “shall have engaged in insurrection or rebellion” against the United States Constitution.

This section was created after the Civil War as part of the 14th Amendment to bar military officers and civil officials who joined the Confederacy from serving in government again.

Now, this provision is cited in the article of impeachment against former U.S. President Donald Trump, introduced after the insurrectionist violence at the Capitol on Jan. 6, 2021. An impeachment trial is slated to begin in the Senate on Feb. 8.

Even the trial is called off or acquits Trump, some senators are considering a resolution invoking Section 3 of the 14th amendment in an effort to bar him from holding future office.

Right after the passage of the 14th Amendment in 1868, Section 3 was enforced vigorously.

For example, Congress directed the Union Army to oust any former Confederate officials then holding office in the ex-Confederate states still under martial law. It is estimated that tens of thousands of men were made ineligible to serve by Section 3.

Congress then enacted legislation as part of the First Ku Klux Klan Act in 1870 giving the Justice Department authority to bring lawsuits in federal court to enforce Section 3 against former Confederate officials still holding office in other states.

Three justices on Tennessee’s Supreme Court were sued under this law. One resigned; the other two contested their ineligibility in court. North Carolina and Louisiana also enforced Section 3 in court upholding in 1869 the dismissal of some state officials who had served the Confederacy, including a sheriff, a constable and a district attorney.

In 1871, after the North Carolina Legislature elected their Civil War-era governor, Zebulon Vance, to the Senate, the Senate deemed him ineligible to serve under Section 3. The state legislature was forced to choose someone else.

Less than five years into Reconstruction, however, many Northerners began calling on Congress to grant amnesty to Southern officers barred from office by Section 3. The 14th Amendment gives Congress the power to restore the right to hold office with a two-thirds vote in each chamber.

This campaign, led by the prominent New York newspaper editor Horace Greeley, reflected white fatigue with the burdens of enforcing the entire 14th Amendment and a desire to move past the bitterness of the Civil War. Greeley and his “Liberal Republicans” mounted a presidential campaign in 1872 based in part on a platform of “universal amnesty.”

President Ulysses S. Grant, who was running for reelection, knew white public opinion now favored amnesty. In a Dec. 4, 1871 message to Congress, he asked lawmakers to grant amnesty to former Confederate officials. After a long and emotional debate, Congress did so in 1872 with the General Amnesty Act.

In granting this amnesty, Congress rejected a proposal by Massachusetts Sen. Charles Sumner, an eloquent advocate for racial equality, to couple forgiveness for white Southerners with a new civil rights law that would, among other things, have barred racial discrimination in schools.

In 1898, with the Spanish-American War about to begin, Congress removed Section 3 ineligibility from all living ex-rebels. It was widely seen as another gesture of national unity, but it was another nail in the coffin of Reconstruction.

Neglected but not forgotten

During the 20th century, Section 3 was largely ignored. It was used just once, during World War I, to exclude the socialist Congressman Victor Berger from the House for his anti-war speeches.

In the 1970s, Congress gave Robert E. Lee and Jefferson Davis posthumous Section 3 amnesty. This was again done in the name of national “reconciliation,” after the divisive Vietnam War.

Today Section 3, created to vanquish white supremacy, is seeing a revival. The Confederate flag, which never entered the Capitol during the Civil War, was carried inside during the Jan. 6 Capitol insurrection.

Any congressional members determined to have “engaged in insurrection” may be expelled under this provision by a two-thirds vote in their house of Congress. That includes, potentially, lawmakers who are found to have directly aided or incited the rioters. Capitol police are investigating several Republican congressional representatives for allegedly leading “reconaissance” tours of the building on Jan. 5.

Though lawmakers can remove their colleagues from office, they cannot legally keep those members from running for, and occupying, public office again. That’s because there is today no federal statute enforcing Section 3; those parts of the Ku Klux Klan Act were repealed long ago. Unless Congress passes a new enforcement law, any expelled lawmakers could return later.

Similarly, Congress could at any time use Section 3 to declare its constitutional opinion that Trump is ineligible to hold public office again, with a majority vote. But only the courts, interpreting Section 3 for themselves, can bar someone from running for president.

The issue may never come up. The Senate may disqualify Trump first, as part of impeachment, or he may choose not to run again. If he does run, though, he may have to take his case to the Supreme Court. A bipartisan congressional opinion of ineligibility would be a big blow to his candidacy.

This article is republished from The Conversation under a Creative Commons license. Read the original article.