[ Editor’s Note: There is the ‘talking the talk’ and then ‘walking the talk’ political approach. Joe Biden now has a clean slate on the hypocrisy index, but how long will this last?

One of the biggest threats to US foreign policy is its hypocrisy. By that I mean our media has a steady flow of material on foreign actors interfering in US domestic affairs and how terrible that is.

But when the US is doing exactly that in other countries it magically becomes “pursuing our interest”, by some magical fairy dust that makes our crimes against humanity, for example, against the Syrian and Yemeni people a disgrace to everything that the US allegedly stands for.

We will be watching to see if Biden sleep walks into this policy contradiction and throws away the high moral ground that he is laying claim to. Throwing a few bones to the Palestinians, eg., “We will press Israel to not kill as many of you as they would like to”, will not be enough.

Does Biden think he can use the only leverage that will work with Israel to change its oppressive behavior? Yes, that would unleash the Israeli Lobby here to attack Biden, but he was elected on his promises to fix things.

If you are going to claim the good guy role you have to be the good guy, and not by platitudes and empty gestures.

The first step would be to roll back Israeli intelligence operations here, including the standdown the FBI has from going after the deeply embedded Israeli ops throughout America. These include support for the radical groups and their supporters inside US police forces ‘trained by Israelis,’ when we have experienced Americans to do that work for us.

Using our own talent would not be giving a non stop opening for the Israelis to recruit inside US law enforcement, a staple in offensive intelligence operations, including access to our databases from a huge number of entry points.

The US use of proxy terrorists in our current regime change operations will require a thorough airing, to see if Biden’s people want to justify supporting “moderate terrorists” like the Trump regime did and then tell us they are better than the Trump people… Jim W. Dean ] 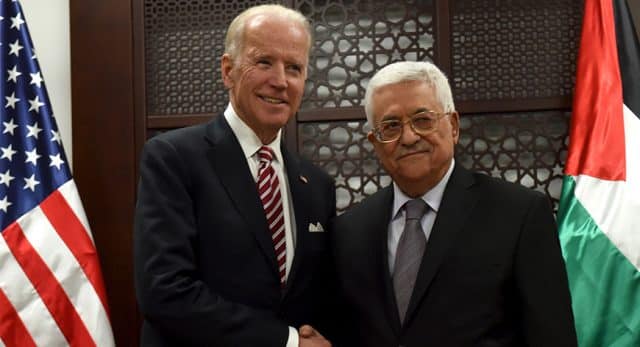 Activists are outraged by US President Joe Biden’s pick to lead the Pentagon’s Middle East desk who previously admitted to Washington’s plundering of oil resources in Syria’s northeast controlled by US-backed Kurdish militants.

In an interview with the Center for Strategic and International Studies (CSIS) back in October 2019, Dana Stroul that had said the US military “owns” the resource-rich north eastern part of Syria controlled by the so-called Syrian Democratic Forces (SDF) and uses it as “leverage” in the conflict.

“The United States still had compelling forms of leverage on the table to shape an outcome that was more conducive and protective of US interests,” Stroul said then.

And that one-third of Syria is the resource-rich – it’s the economic powerhouse of Syria. So where the hydrocarbons are, which obviously is very much in the public debate here in Washington these days, as well as the agricultural powerhouse.”

“We argued that it wasn’t just about this one-third of Syrian territory that the US military and our military presence owned, both to fight ISIS (Daesh) and also as leverage for affecting the overall political process for the broader Syria conflict,” the Biden’s new pick added.

Stroul’s comments were met with harsh responses from social media users and activists, who highlighted the plundering of Syria’s natural assets by the US administrations over the years.

Sarah Abdallah, an Independent Lebanese geopolitical commentator, said in a tweet that Washington is “proudly boasting about how the US military ‘owns’ the resource-rich part of Syria, the economic powerhouse of Syria, where the oil and wheat are.”

“Remember this the next time the US claims it wants to bring freedom & democracy to other countries,” she underlined.

Joe Biden’s pick to head the Pentagon’s Middle East Desk boasting about how the US military owns the oil-rich territory of #Syria, and will use it as leverage in its ongoing war.

Remember this the next time the US claims it wants to bring freedom & democracy to other countries. pic.twitter.com/ALoz71hfvD

Proudly boasting about how the US military “owns” the resource-rich part of Syria, the economic powerhouse of Syria, where the oil and wheat are.

Also says the sanctions will continue and the US will prevent any reconstruction aid from entering Syria.

Lina Arabi, a Syrian rights activist, posted on her Twitter page photos of Syrians rummaging through garbage as Americans occupy an oil field in the background.

“Take the oil” is not just a Trump thing, she wrote.

Look at those photos while you hear Biden’s pick to head Pentagon’s Middle East Desk, Dana Stroul, say the oil-rich territory is “owned” by the US military.

“Take the oil” is not just a Trump thing. pic.twitter.com/UqiN8VC7MU

These photos of Syrians rummaging through garbage as Americans occupy an oil field in the background.. pic.twitter.com/ofr8svVJqr

Syrian people have repeatedly demonstrated against the looting and smuggling of oil by the US-backed and Kurdish-led militants in the country’s north and east.

The looting of Syrian oil by the US was first confirmed during a Senate hearing exchange between South Carolina Republican Senator Lindsey Graham and the then-US Secretary of State Mike Pompeo last July.

During his testimony to the Senate Foreign Relations Committee on July 30, Pompeo confirmed for the first time that an American oil company would begin work in northeastern Syria, which is controlled by SDF militants.

The SDF, a US-backed alliance of Kurdish militants operating against Damascus, currently controls areas in northern and eastern Syria.

The Syrian government has condemned any agreement inked to plunder the country’s natural resources, including Syrian oil and gas, with the sponsorship of the administration of former US President Donald Trump.

The ex-US president acknowledged several times that American military forces were in Syria for the Arab country’s oil.