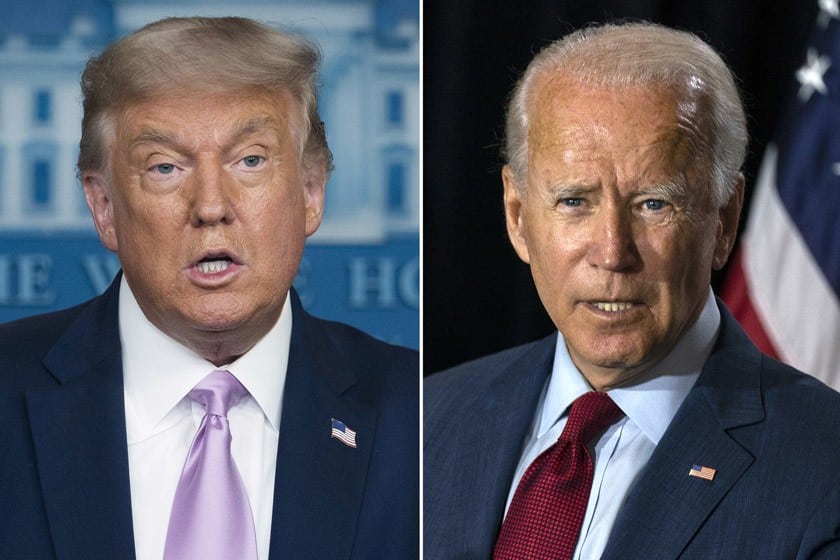 America not only has two Presidents – Biden, the unelected one, and Trump, the elected one – but two impeachments. This is new territory. The audacious attempt by nice Congresswoman Marjorie Taylor Greene of Georgia, to whom I copying this column as a courtesy, to impeach Joe Biden over his corrupt dealings with Ukraine is unlikely to get anywhere, with respect, but the numbers could look quite different after the mid-terms. That’s always assuming, of course, that a way can be found to count the votes fairly. Sadly, at the moment America is not a functioning democracy. Not content with rigging one election, the Democrats are trying to expand mail-in voting, with a view to ensuring that Americans will never again get to choose their President.

The second impeachment of President Trump is already running into trouble. I do not hold myself out as an expert on your Constitution, but I am a constitutional lawyer and know how to read a constitution. (I’ve also done a bit of Parliamentary drafting, as it happens.) The power of impeachment in Article II, Section 4 of the US Constitution is designed to remove incumbents from office. It is nothing whatsoever to do with pursuing former Presidents, let alone on the basis of a half-baked conspiracy theory.

Unsurprisingly, the Democrats are now trying, optimistically, to throw Congresswomen Greene out of Congress. In their panic at the size of the Trump vote the Correa Group and CIA didn’t have time to rig the down-ballot elections. The result was that the Democrat majority in the House was slashed. Disgracefully, the Democrats have now hit upon the idea of expelling political opponents they have been unable to defeat at the ballot box. Their chances of getting the required two-thirds majority are slim.

The same goes for the absurd plan to impeach Donald Trump after he’s left office. I know that the Democrats’ evil mastermind in the Senate, no offense intended, Chuck Schumer, is asserting that there is ample precedent to impeach a former incumbent. What precedent would that be, exactly? Again I intend no offense when I say that Chuck Schumer’s decision not to practice law and go in for politics instead was a wise one. Lawyers have to have intellectual rigor.

Meantime, as predicted in this column, some of the election lawsuits continue, along with inquiries by state legislators into the fraud in November. The MSM and the Democrats to date have successfully employed the ‘Big Lie’ strategy developed by our community partner Dr Goebbels, Hitler’s spin-doctor. The problem of course is that lying big and often doesn’t turn a lie into a truth. Thankfully, the truth has a funny way of getting out in the end.

Most of Goebbels’ lies have now been exposed, although you’ll still find some of them being warmed over by Wikipedia, such as the false claim that the Me 262 was the word’s first operational jet fighter. (That honor belongs to the Gloster Meteor, which my father flew.) (Incidentally Wikipedia are not alone in recycling the false Nazi claim about the 262 – so does the Smithsonian National Air and Space Museum.)

Boris Johnson with respect is a weak Prime Minister, more in the tradition of Neville Chamberlain than his professed hero, Sir Winston Churchill, so Downing St will play along with the Biden regime. You certainly won’t be hearing any talk of regime change in Washington from Boris!

There is however talk of regime change in Britain. After the disastrous Withdrawal and Trade and Cooperation Agreements Johnson is finished, even if he doesn’t know it. Simon Case, the new Cabinet Secretary, who with respect has been a disappointment, may have to go with him, along of course with Sir Patrick Vallance and Professor Chris Whitty.

Once we have a sensible Prime Minister, who doesn’t believe in global warming, the UK will pivot towards Moscow and break away from Washington. We know that Biden and the Democrats are bitterly anti-British, even more than they are anti-American. There’s no hope of a free trade deal and no point in asking for one.

FDR and JFK were both Democrats and each was more or less pro-British. FDR in particular had a good working relationship with Winston Churchill, whom he first met in my old Inn of Court (Gray’s), as it happens, in 1919. ‘Von’ Eisenhower was a Republican, again only nominally, but was viciously anti-British – unsurprisingly, since, like ‘41’, he was a German agent.

Blair and Clinton were both left-wing, but achieved nothing together, that is to say the Special Relationship was pretty meaningless when Bill Clinton was in the White House. (Amusingly, the sinister counter-intelligence chief in Power Play (1978), even more sinister than Christopher Wray, no offense intended, was also named Blair.) Blair and ‘43’, a.k.a. Bush the Younger, did great things in Iraq and Afghanistan together, after the Iraqi-sponsored attack on 9/11, but Blair’s cooperation was not entirely voluntary. They failed to follow up with a free trade deal, thanks to ‘von’ Blair’s obsession with the EU.

The new British PM is bound to want to withdraw from NATO now that the US security guarantee is worthless, no offense intended. Technically the US would fulfil her NATO obligations if Peking agreed, but when would they ever agree?

Russia not only has free and fair elections, unlike America sadly, and nice police officers, who apologise if they knock over illegal lady demonstrators, but a fine, patriotic leader, highly competent security services (who don’t go around poisoning minor opposition figures) and a capable general staff. The country is also politically stable, unlike the States and the EU.

The new British government will also want to engage with the Commonwealth, shamefully abandoned when Germany’s ‘von’ Heath took us into the EEC as it then was in 1973, in a pathetic attempt to reverse the result of World War II. Heath of course never forgave us for winning.

If and when America decides to hold free and fair elections again the Special Relationship can be revived, but it will never be the same again and will always be held hostage to the Democrats. Once Germany and the DVD are broken up different considerations may apply, but that’s a long way off, unhappily.

In what the DUP leader Arlene Foster has rightly described as a hostile move the EU has banned vaccine exports to the UK. They even tried to close the Northern Ireland/Republic of Ireland border, hilariously without consulting the Irish government. This followed AstraZeneca’s perfectly proper decision to honor its vaccine contract with the British government.

Since the EU have been slow to develop and distribute their own vaccines they’ve obviously decided to steal ours. For our part we want to get back at the EU for the humiliation of the Withdrawal Agreement and the Trade and Cooperation Agreement. When we have vaccines to spare we can send them to people who deserve them, for example in the Commonwealth. Saving European lives is at the bottom of our list of priorities, frankly.

The answer of course is to scrap the silly agreements with the EU but that will have to await a sensible new government. We also need to ramp up the production of vaccines in the UK. Relying on vaccines or cultures from the EU was madness. The EU are the enemy, not our friends.

Gordon Brown, the failed Labour Prime Minister, no offense intended, whose premiership was wrecked by the German-sponsored Global Financial Crisis and his obsession with staying in the EU, has come up another crazy idea – a federal kingdom. He hasn’t actually suggested changing the name of the country from United Kingdom to Federal Kingdom, but he may as well have done.

This FK nonsense has been inspired of course by the SNP’s threat to follow Southern Rhodesia and declare UDI, although Nicola Sturgeon is no Ian Smith (a charming man, whom I once met in London at my club). The federal element would be the House of Lords, but the answer to reforming the House of Lords is to stop reforming it. There was nothing wrong with it in 1911, when the silly reforms started.

All we need to do is go back to 1910. Life peerages should be abolished, with the existing life peers being left to die out. (They are mostly superannuated, pro-European, party hacks anyway, no offense intended.) The rights of the hereditary peers should be restored, including the right to be tried by their peers for all but summary offenses. Should any need to be hanged they it should only be done with a silk rope, of course. 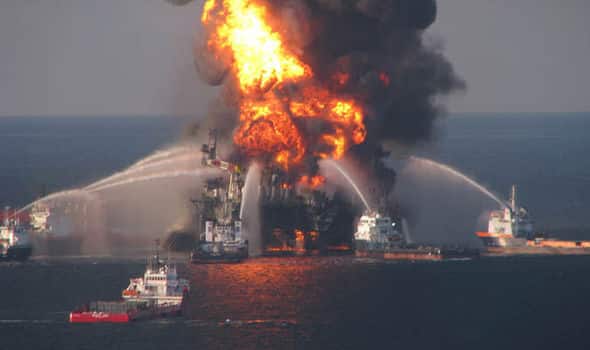 What Gordon Brown overlooked is the series of scandals threatening to undermine the SNP. The first – the conspiracy to wrongfully convict former SNP leader Alex Salmond of sex crimes – is already brewing up. Behind that are two even bigger scandals – the Scottish Executive’s sordid cover-up of the murderous sabotage of the Piper Alpha oil rig in 1988 and offshore German bankrolling of the SNP. 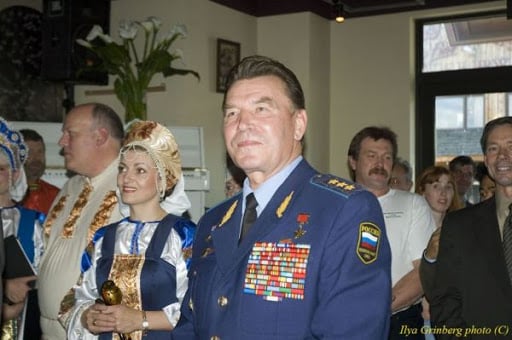 This month has seen the sad passing of one of the bravest men who ever lived, Colonel-General Nikolay Antoshkin, a Hero of the Soviet Union. He led the heroic and successful helicopter clean-up operation at Chernobyl following the German sabotage in 1986. He led from the front, exposing himself to horrific levels of radiation in the process. In the end it was the Chinese who got him, not the Jerries – he died of Covid, poor man. Rest in Peace, General. Your heroism will not be forgotten. 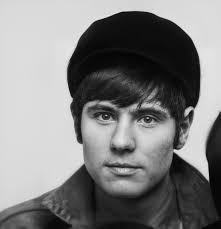 Hilton Valentine never saved any lives, so far as I know, but he enriched many as the lead guitarist for the Animals. It was he who played that famous intro riff to their great Number 1 hit The House of the Rising Sun. You can listen to it here: https://youtu.be/4-43lLKaqBQ.

He was a fine musician – it’s a pity that the Animals broke up as early as they did. The group was much more than the sum of its parts.