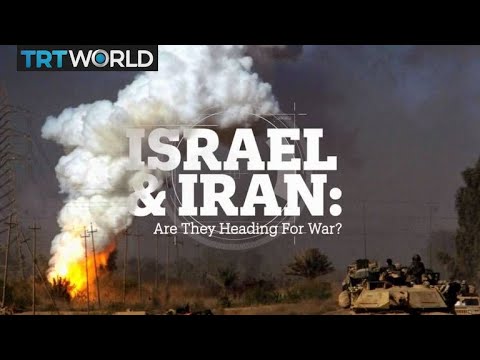 It’s pretty clear by now that the United States will not attack Iran any time soon. And it’s pretty obvious that Benjamin Netanyahu will not be sending a message to the Biden administration saying that Iran needs to be bombed. In fact, Tzachi Hanegbi, a Likud minister close to Prime Minister Benjamin Netanyahu, has essentially declared that under Biden, Israel seems to have lost its Zionist privilege when it comes to sabotaging a sovereign country. Hanegbi says:

“The United States will never attack the nuclear facilities in Iran. Israel must decide whether it will accept a nuclear Iran. Israel will be forced to act independently to remove this danger. It’s possible that in the future there will be no choice [but to attack Iran militarily]. I hope that when our leadership is met with this dilemma, it won’t accept [a nuclear-armed Iran].”[1]

Moreover, Hanegbi knows that Israel is sitting on a contradictory edifice, one which seeks to dominate foreign policy in the Middle East. As we have written elsewhere, Israel has hundreds of nuclear warheads in their basement. They brag about how they can destroy much of Europe in a matter of days if they want to. Israel does not allow nuclear inspection and has always wriggled out of the nuclear question.

Iran, on the other hand, has signed the nuclear proliferation treaty and has allowed inspections. Over the past thirty years or so, nothing serious has been discovered which would even remotely suggest that Iran is seeking nuclear bombs. So how can Hanegbi perpetuate one nonsense after another while his head doesn’t split into different particles is beyond my comprehension.

What we are seeing here again and again is that the Israeli regime is a Mephistophelean entity which seeks to bring down much of the world order. And if you think this is farfetched, you can ask Benjamin Netanyahu. At one point, the man was so desperate to bring the Iranian government down that he advocated sexual liberation, which he knows is a form of political control.[2] Listen to a representative of Mephistopheles here:

“If you want to advance regime change in Iran, you don’t have to go through the C.I.A. cloak-and-dagger stuff — what you want to do is take very large, very strong transponders and just beam ‘Melrose Place’ and ‘Beverly Hills 2050’ and all that into Tehran and into Iran, because that is subversive stuff. They watch it — the young kids watch it, the young people. They want to have the same nice clothes and the same houses and swimming pools and so on.”[3]

In any event, Iran can rest in peace because attacking Iran is not the type of thing that Biden is looking for. It is too early to make predictions, but at least the Israelis know that they no longer have an ally in the White House that will support the regime on Iran.