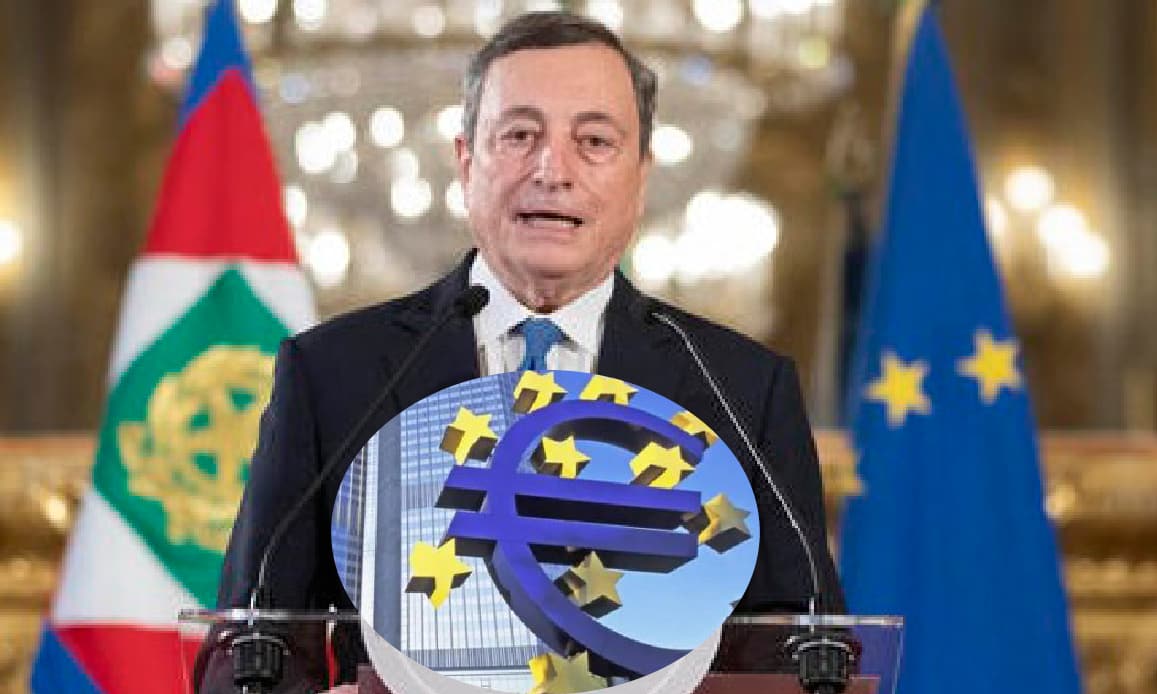 Today at 12 pm Mario Draghi received the assignment from the head of state. “The President of the Republic Sergio Mattarella received Professor Mario Draghi this morning at the Quirinale to whom he conferred the task. Prof Draghi reserved the right to accept”, is the declaration of the Quirinale (presidential palace) read by the general secretary Ugo Zampetti released after an hour and ten of conversation between Mattarella and Draghi. “I thank the President of the Republic for the trust he has placed in me. It is a difficult time” said Mario Draghi after the meeting at the Quirinale.

That’s happpened as forecasted by this webmedia many days ago…

The President of the Republic after having registered the failure of the exploratory mandate of the President of the Chamber Roberto Fico observed that at this point there are two ways: that of an office or of the vote. But he also observed that the health and economic crisis “requires a government in the fullness of its functions and not a government with activity reduced to a minimum” ..

For this position he chose the former president of the European Central Bank Mario Draghi who, thanks to the bazooka of Quantitative Easing (massive purchase of government bonds), already allowed the government of Prime Minister Matteo Renzi, supported by the Denocratic Party and Forza Italia thanks to the Nazarene pact accepted by Silvio Berlusconi (FI leader), and to that of Paolo Gentiloni, supported by the PD himself and a large group of former center-right parliamentarians, to survive for years by breaking through the budget deficits of the annual Economic and Financial Document.

As we explained in the previous article, that maneuver turned out to be a temporary palliative intervention, transforming itself from a bazooka into a boomerang, at least for Italy, because it is capable of moving a large amount of billions of debt to the belly of the Eurotower (the ECB headquarters in Frankfurt),  public bringing the political future of Rome more and more into the sphere of dominion of the European Union and of the Central Bank, the Spa made up of private banks, it should be remembered, in a perfect Europeanist-globalist logic.

On Monday 1 February  Italian press agency Ansa had revealed that “parliamentary sources recall that the Quirinale, in the consultations last week, had already defined a perimeter, explaining to its interlocutors that it would be vigilant to seek continuity of action for the key ministries. Those who insist on emergencies identified by all political forces, that is, the health crisis with the need for a massive and rapid vaccination plan and the approval and execution of the Recovery plan. A vigilance already known and which falls within the powers of the President of the Republic who has the right of dialogue on the choice of ministers “.

In practice, Mattarella’s imprimatur was clear: the Minister of Health Roberto Speranza, a key witness for all the errors committed in anti-Covid therapies, and the Minister of Finance, Roberto Gualtieri, appointed to this position also thanks to his excellent relations with George Soros, link with the European Commissioner Paolo Gentiloni and the European Commission. I fear that this time some Italians may really get even more angry than the opposition leaders, dazed by the lavish parliamentary prebends and frightened by the ghosts of the red magistrates that make Italy a vague semblance of hypocritical and false democracy …