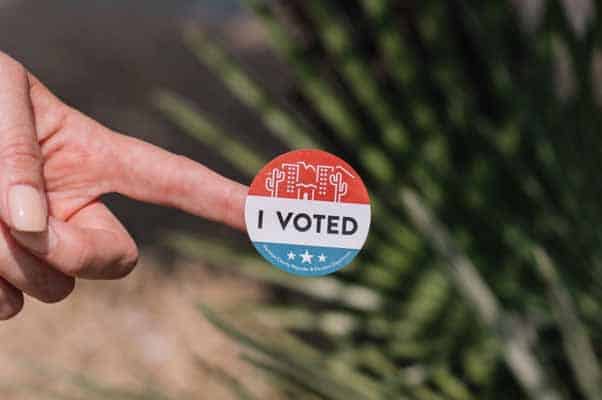 The brilliant minds at PornDoe have rolled out the Stars and Stripes to find out what gets America off during election season.

What the People Want

What the company found isn’t just that people love a good polling- but also that their reported voting habits seem to have a pretty decent correlation to the type of pornography they’re watching. Where staunch blue states seemed to like things a little bit on the kinky side, red states love the classics, and swing states- well, they’re really swinging when it comes to erotica. 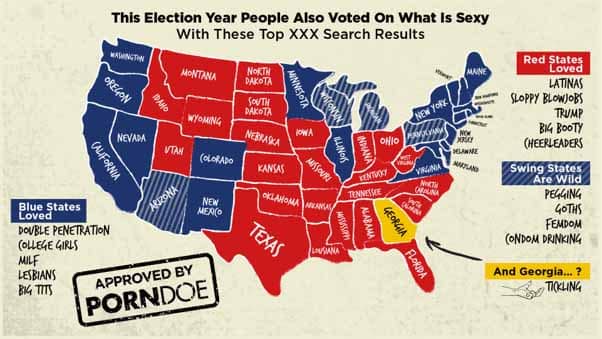 One landmark study in particular “Red brain, blue brain: Evaluative processes differ in Democrats and Republicans”, suggests that the lines between liberal and conservative ideals extend far past policy and candidates- but instead rely heavily on certain personality traits and brain structures. Showing that different areas of the brain seem to be filled up with more grey matter than others, depending on which side you lean towards. Which, in layman’s terms means that when it comes to considering risk- liberals and conservatives’ cognate differently.

So really, the only thing that your porn preferences can say about you for certain is that you watch it. Sexuality is an exceptionally fluid compilation of behaviors and feelings. There are also different elements of sexuality itself- emotional, mental, physical. So if you’ve ever found yourself being turned-on by some “weird” stuff- don’t worry, you’re not alone. It also doesn’t mean that you’ll start voting Republican, or march in a liberal protest anytime soon. What it means is that your attraction to a given situation is mediated by a number of different complex physical and neurobiological systems- most of which science itself hasn’t quite figured out. So don’t feel shame about that wild furry foot fetish you have. Embrace it, get consent, and go on to be happy in your kinks. Even if it’s just some good old-fashioned tickling.