When NASA’s Cassini probe flew just above Saturn’s largest moon Titan while shooting radar at its surface, it was gathering data about the depth of the lakes across the moon’s surface. To figure out a lake’s depth, in theory, Cassini could measure when the radar hit the surface of the lake and then bounced off the bottom and reflected back to the probe. But when Cassini attempted this at Titan’s largest lake, its radar never reached the bottom, George Dvorsky reports for Gizmodo. 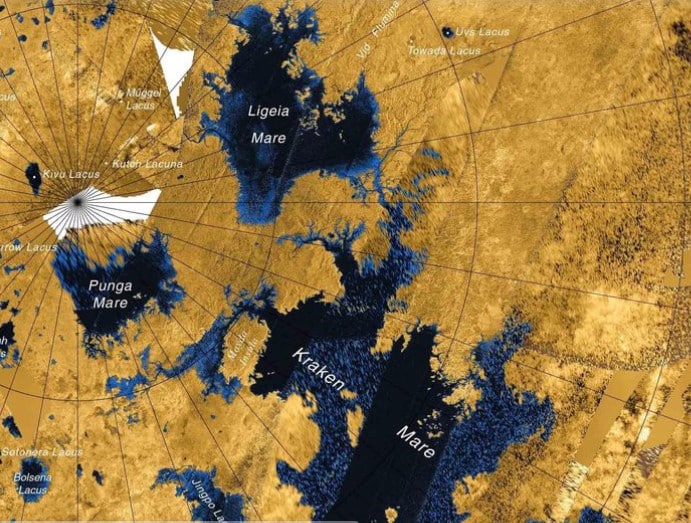 The lake, called Kraken Mare, was either too deep or too absorptive for the radar to reach the lakebed. But by analyzing the data that Cassini gathered from shallower bodies of liquid, including a nearby estuary called Moray Sinus, researchers at Cornell University were able to tease out the lake’s depth. According to a paper published in JGR Planets, Kraken Mare is at least 330 feet deep and maybe as much as 1,000 feet deep. The information that the team gathered about the lake’s chemical makeup may help an upcoming NASA mission that aims to explore the lake with a robotic submarine.