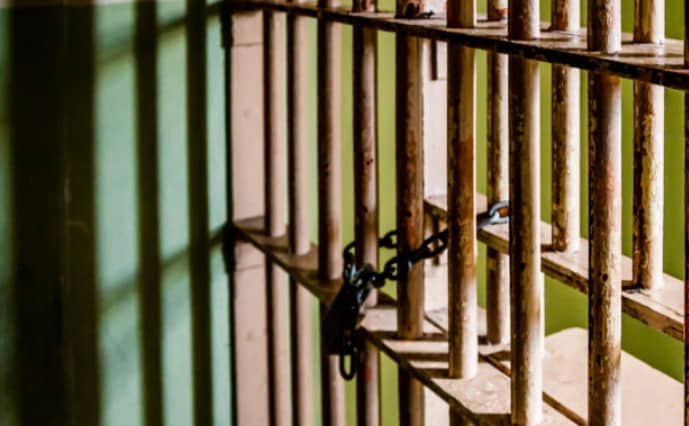 Per curiam decisions handed down without briefing and oral argument generally do not get much attention, so it is understandable that the U.S. Supreme Court’s ruling about qualified immunity in Taylor v. Riojas might have been overlooked, even by civil rights lawyers.

"The Supreme Court has made clear that 'officials can still be on notice that their conduct violates established law even in novel factual circumstances.'" — @BrianneGorod

But the case is significant because it is a rare instance in which the high court rejected a claim of qualified immunity and made clear that no case on point is required in order to hold a government officer liable.

Obviously, it is not possible to know whether it is an aberration because of extreme facts or the beginning of a new more civil rights friendly approach. But a victory in the Supreme Court for a civil rights plaintiff in a qualified immunity case is notable and could matter in lower court litigation.

Taylor v. Riojas has shocking and very disturbing facts. Trent Taylor is a prisoner in Texas. He entered a psychiatric prison unit to receive mental health treatment following a suicide attempt. For a period of six days, he was confined in a pair of what the court rightly described as “shockingly unsanitary cells.”

The court explained that “the first cell was covered, nearly floor to ceiling, in ‘massive amounts’ of feces: all over the floor, the ceiling, the window, the walls, and even ‘packed inside the water faucet.’” For four days, Taylor did not eat or drink for fear of contamination.

Taylor was then moved to a very cold cell, “with only a clogged drain in the floor to dispose of bodily wastes.” The court said: “Taylor held his bladder for over 24 hours, but he eventually (and involuntarily) relieved himself, causing the drain to overflow and raw sewage to spill across the floor. Because the cell lacked a bunk, and because Taylor was confined without clothing, he was left to sleep naked in sewage.”

Taylor sued the corrections officers, alleging that they violated the Eighth Amendment by inflicting cruel and unusual punishment. The district court ruled in favor of the defendants based on qualified immunity, holding that they could not be held liable because they did not violate clearly established law that every reasonable officer should know.

The United States Court of Appeals for the 5th Circuit affirmed the dismissal of Taylor’s case. The court of appeals ruled that Taylor’s constitutional rights were violated; being placed in these cells was cruel and unusual punishment. But it also concluded that the officers were protected by qualified immunity. It said that the officers could not be held liable that because “the law wasn’t clearly established” that “prisoners couldn’t be housed in cells teeming with human waste … for only six days.”

In a 7-1 decision, with only Justice Clarence Thomas dissenting (and Justice Amy Coney Barrett not participating), the court reversed the 5th Circuit in a per curiam opinion. The court held that the officers were not protected by qualified immunity because “no reasonable correctional officer could have concluded that, under the extreme circumstances of this case, it was constitutionally permissible to house Taylor in such deplorably unsanitary conditions for such an extended period of time.”

The court said: “Confronted with the particularly egregious facts of this case, any reasonable officer should have realized that Taylor’s conditions of confinement offended the Constitution.”

Thomas did not write a dissenting opinion. It simply says, “Justice Thomas dissents.”

Any government officer sued for money damages for allegedly violating the Constitution has an immunity defense. Some are protected by absolute immunity: judges for their judicial acts, legislators for their legislative acts, prosecutors for their prosecutorial acts, law enforcement personnel for their testimony, and the president for acts taken in carrying out the duties of office. All other government officers have qualified immunity when they are sued for money damages.

Over recent years, the Supreme Court has expanded the protection of officers under qualified immunity and repeatedly stressed the need for a plaintiff to show a case on point in order to establish liability. The court has said that a plaintiff can overcome qualified immunity only by proving that the defendant officer violated clearly established law that every reasonable officer should know and that it is a right established beyond dispute.

In one of its most recent formulations of qualified immunity the court, in District of Columbia v. Wesby (2018), was emphatic in how difficult it is for a plaintiff to succeed.

The court stated: “Existing law must have placed the constitutionality of the officer’s conduct ‘beyond debate.’ This demanding standard protects ‘all but the plainly incompetent or those who knowingly violate the law.’ To be clearly established, a legal principle must have a sufficiently clear foundation in then-existing precedent. The rule must be ‘settled law,’ which means it is dictated by ‘controlling authority’ or ‘a robust consensus of cases of persuasive authority.’ It is not enough that the rule is suggested by then-existing precedent. The precedent must be clear enough that every reasonable official would interpret it to establish the particular rule the plaintiff seeks to apply.”

But the court’s reasoning also is potentially quite significant. The court in its per curiam opinion relies on two prior decisions: United States v. Lanier and Hope v. Pelzer. These are the rare cases where the court said that there does not have to be a prior decision on point to overcome qualified immunity.

United States v. Lanier, in 1997, was not a civil suit under §1983 but rather was a criminal prosecution under 18 U.S.C. §242. Both §1983 and §242 were enacted as part of the Civil Rights Act of 1871; the former creates civil liability and the latter criminal liability for those acting under color of state law who deprive a person of rights protected by the Constitution.

Lanier involved a state court judge who had sexually assaulted and harassed women in his chambers. The U.S. Court of Appeals for the 6th Circuit ruled in favor of Lanier, emphasizing the absence of prior decisions explicitly deeming such conduct to be a violation of constitutional rights. The Supreme Court reversed and stressed that a reasonable person surely would know that such behavior is a violation of a woman’s constitutional rights.

In Hope v. Pelzer, a prisoner was tied to a hitching post as punishment and left in the hot sun for many hours. The 11th Circuit found this to be cruel and unusual punishment but said that the prison guards were protected by qualified immunity because there was not a prior decision that the use of the hitching post was unconstitutional. The Supreme Court reversed and ruled that the defendants were not entitled to qualified immunity.

The court, in an opinion by Justice John Paul Stevens, held that the key inquiry is whether the officer had “fair notice” that the conduct was a violation of rights. Stevens explained that the central question in determining whether the prison officials could be held liable to Hope was “whether the state of the law in 1995 gave [them] fair warning that their alleged treatment of Hope was unconstitutional.”

The court explained: “Although earlier cases involving ‘fundamentally similar’ facts can provide especially strong support for a conclusion that the law is clearly established, they are not necessary to such a finding.” Rather, a plaintiff can overcome qualified immunity by showing that the reasonable officer under the circumstances should have known that the conduct was wrongful. The court then reviewed the law as it existed in 1995 and said that the officers had fair warning that their conduct was unconstitutional.

But in the almost two decades since Hope v. Pelzer, the court repeatedly backed away from this approach and continually stressed the absence of cases on point as a basis for dismissing a case based on qualified immunity. The court did not overrule or attempt to distinguish Hope v. Pelzer; the court just ignored Hope v. Pelzer.

Taylor v. Riojas is especially important because it reaffirms Hope v. Pelzer and that there does not need to be a case on point for a plaintiff to prevail and overcome qualified immunity.

In recent years, the court’s qualified immunity decisions have come under sharp criticism by both liberal and conservative judges and commentators. Proposals have been introduced into Congress to modify the law in this area. Perhaps Taylor v. Riojas is a response to that criticism and will lead to a court that will be more willing to rule for plaintiffs when qualified immunity is the issue. Or maybe the case just is a reflection of truly horrific facts and will be an outlier in the court’s future decisions in this area.

No matter what, it is an important ruling that has the potential to matter greatly in lower court litigation in establishing that Hope v. Pelzer remains good law and there does not have to be a prior precedent on point to overcome qualified immunity.

Erwin Chemerinsky is dean of the University of California at Berkeley School of Law. He is an expert in constitutional law, federal practice, civil rights and civil liberties, and appellate litigation. He’s the author of several books, including The Case Against the Supreme Court (Viking, 2014). His latest book is The Religion Clauses: The Case for Separating Church and State, written with Howard Gillman (Oxford University Press, 2020).