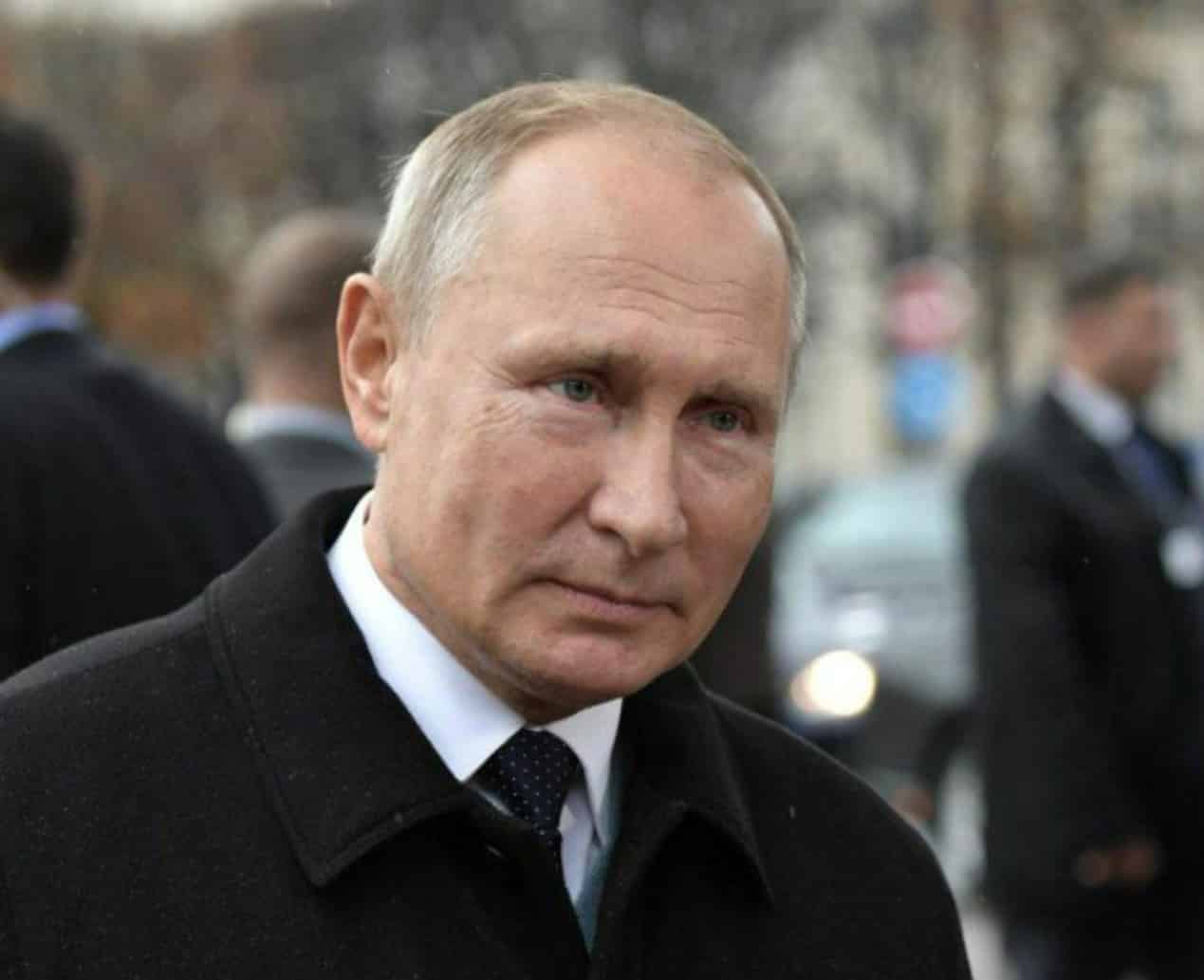 PERSONAL PORTRAIT & DEBATE. At a time when both domestic and foreign forces are doing their best to dethrone and diminish the Russian President, Vladimir Putin, it may be justified to paint a picture of Putin, and not least, the motives of his adversary.

A statesman is the head of state who has rendered his country invaluable services and, outside the country’s borders, created the conditions for peace and consensus.

Putin came to power in 2000, in a Russia ravaged and bleeding after the rape of the country by the CIA and Wall Street, under Boris Yeltsin’s time. The political and economic rape caused economic disaster and social misery, with the result of more than 5 million Russians died. From that foundation and in a time of economic warfare from the EU and the USA against Russia, a powerful upheaval and development has taken place through Vladimir Putin.

At the international level, Vladimir Putin is more and more appearing as the successful peacemaker. Countries in the Middle East and North Africa, but also in South America are increasingly pleading to Putin for help against imperialist hawks wrapped in the star banner or in the NATO flag.

Who can challenge Vladimir Putin for the title of “the only statesman of our time”?

It has been repeated like a mantra by NATO that Vladimir Putin has shown overwhelming aggression in Georgia, Ukraine and Crimea. I myself have repeated as a mantra that those accusations against Russia must be proven, but no evidence has ever been provided. Hardly surprisingly – the allegations against Germany for being guilty of the First World War have never been proven – but the allegations still remain after 100 years.

Far to the east, Communist leader Xi Jiping is terrorizing and perhaps even exterminating Uyghurs en masse, while pursuing an imperialist policy against Taiwan. He can never be seen as a statesman.

On the other side of the Atlantic, a change of throne has just taken place. A clown has now been replaced by a hawk, a worshiper of military action. As Vice President under Barack Obama, Joe Biden was involved in designing seven war companies and hundreds of military interventions, none of which were approved by Congress, according to the Cato Institute.

Victims of these operations amount to tens of millions. Joe Biden has a heavy backpack to carry at his age and will never be seen as a statesman.

As the NATO organization has distinguished itself as a threatening terrorist organization, no head of government affiliated with this organization could be considered for an honorary appointment.

Why all this talk about statesmen? Because, in our days, there is a media war, but also an economic war against the man who alone has earned the epithet statesman, namely Vladimir Putin.

Can a statesman act to incapacitate a citizen through poisoning? Possibly, but in that case he does it in a way so that no trace is left with the victim. That’s how Israeli Mossad works. They see novitjok as a second-hand commodity and prefer more modern and effective poisons.

It is not clever to use novitiate, and Putin is very clever, according to both friends and foes, but the Western politicians and journalists who have tried to nail Putin to novitiate are very unwise and almost infantile in their assessment.

One might also wonder whether Alexsej Navalnyj understands what he is talking about and one might also question Mr. Navalnyj’s judgement when, in a situation in which 27 NATO states, like a pack of wolves, have surrounded Russia and are only awaiting the orders of attack from Washington. In this situation, Navalnyj is agitating and inciting against the Head of State of the country. No other state would allow such a thing.

The hot iron that Navalny got hold of and hurled at Vladimir Putin, is a fancy hotel where you do not know who the owners are, but there is no evidence that Putin was involved as an owner. Corruption in Russia is widespread today, but it is not being combated through unfounded political rhetoric.

Russia today has as widespread corruption as Ukraine – the country that six years ago had the United States carry out a coup with the intermediate goal of mastering corruption. Since then, the country’s corruption has only grown and the example of Ukraine is just one.

Corruption is not eliminated by allowing a foreign power to be a popularly elected head of state in the country in question. In the case of Ukraine, one of the US accomplices, the Ukrainian oligarch, Ihor Kolomoyskyi, shortly after the coup, was able to wedge away with 1.8 billion USD (approximately: 17 billion Swedish kronor) thus much more than what the famous hotel has cost. The information was obtained from Deutsche Wirshaftts Nachrichten, April 13, 2015.

The weird thing is that the money was grants and loans from the IMF to a chaotic Ukraine. They are now inaccessible to the donor, but in Cyprus, the Virgin Islands and the Caribbean they are under Kolomoysky’s control. No fuss from the EU has been heard about this. Well, Kolomoyskyi had spent some money on the coup in Kiev. According to information, he had financed the rebels on Maidantorget and provided them with food and pocket money.

One is Ukraine and the other is Russia. What they both have in common is a massive support from EU-NATO to the insurgents, the subversives. The connection is clear and devastating. On September 26, 2014, the head of the National Endowment for Democracy, Carl Gershman, could triumphantly describe Ukraine as “the greatest trophy and an important step on the road to the greatest Putin.” Gersman’s organization receives strong financial support from the United States, and its task is to conduct subversive activities in other countries.

One may wonder how much contribution Navalny’s organization receives from Gershman, or is he just naive and ignores the deadly, strategic threat that gasps Russia and that he is inciting?

Today, our global world can only have one international statesman – let’s fight the forces that want to overthrow him.