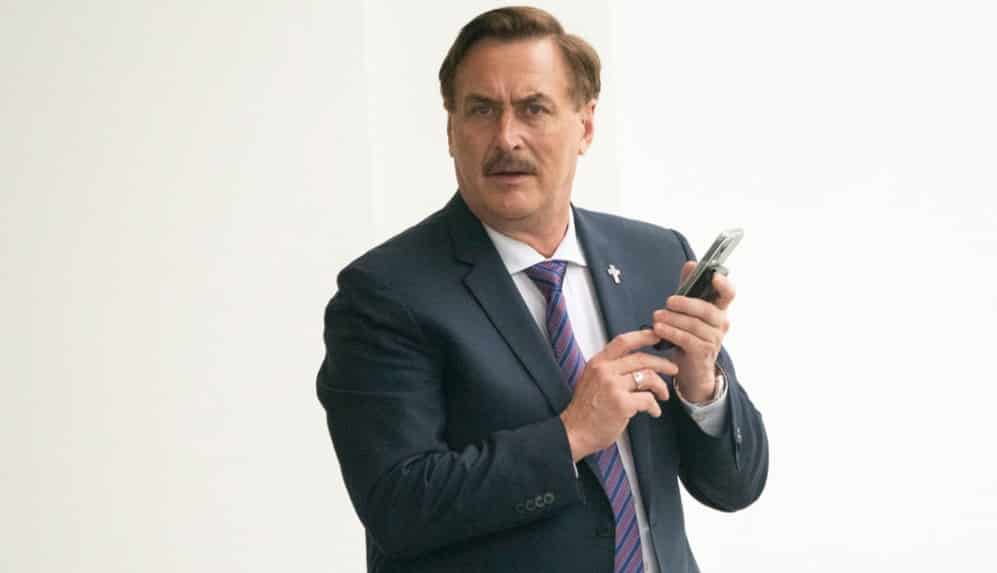 One America News Network, the hyper-Trumpy rightwing media outlet, might have just won itself a $1.3 billion defamation lawsuit.

THIS JUST IN: I ask the Dominion Voting Systems lawyer if the disclaimer on MyPillow Guy's loony documentary would protect OAN from a mega-lawsuit. He says, "Nice try by OAN, but it definitely does not relieve them of liability." Watch out, OAN—and MPG!https://t.co/l6Dk8VOAlX

This week the beyond-Fox network aired a pseudo-documentary made by the MyPillow Guy (a.k.a. Mike Lindell) that pushed the not-dead-yet false accusation that a diabolical cabal stole the election from Trump. But OAN broadcast the program as an ad paid for by Lindell and attached the mother-of-all disclaimers to it.

The disclaimer stated that the program was not the “product of OAN’s reporting” and that the “views, opinions and claims expressed by Mr. Lindell…are not adopted or endorsed by OAN.”

This was, according to the note, particularly true regarding Dominion Voting Systems and Smartmatic—the manufacturers of vote-counting machines that have been central to the conspiracy theories promoted by Trump, Rudy Giuliani, Sidney Powell, and Lindell that claim massive election fraud occurred. (Trump cited phony allegations of irregularities with Dominion machines when he called Georgia state officials after the election and pressured them to “find” votes for him.)

The disclaimer emphasized that statements about these two companies in this program were “opinion.” But OAN did note that the 2020 election results “remain disputed and questioned by millions of Americans.”

In appearance on OAN, Mike Lindell attacks Dominion Voting Systems and doubles down on his conspiracy theories | Media Matters for America https://t.co/VSMYLWkzsx

The disclaimer was clearly a ploy. Dominion has filed defamation lawsuits against both Giuliani and Powell claiming over $1.3 billion in damages in each case. Smartmatic has sued Fox News for $2.7 billion. All of these lawsuits contend that Trump’s conspiracy-mongers seriously harmed these companies with their baseless allegations of a global plot—the Chinese communists! Hugo Chavez! the CIA!—to swipe the election for Trump.

It was damn obvious that OAN was trying to save itself from a similar fate. Fox News and Newsmax, another right-wing outlet, tried in their own way to do the same last month, airing embarrassing retractions of their previous promotion of these loony claims. That did not stop Smartmatic from suing Fox. read more…

THIS JUST IN: I ask the Dominion Voting Systems lawyer if the disclaimer on MyPillow Guy's loony documentary would protect OAN from a mega-lawsuit. He says, "Nice try by OAN, but it definitely does not relieve them of liability." Watch out, OAN—and MPG!https://t.co/l6Dk8VOAlX