Home Government Netanyahu’s 2015 nightmare is back: US open to rejoin Iran nuclear deal 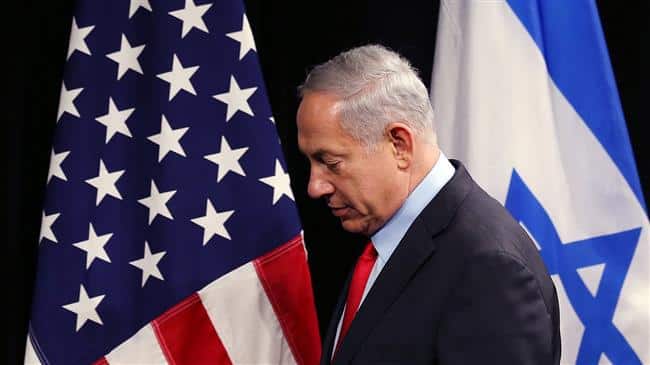 Netanyahu’s 2015 nightmare is coming back. It was a nightmare which Bibi hasn’t forgotten because it was when the Obama administration completely humiliated him. Calling the Bibi “a chickenshit”[2] was one of the worst insults in political history, particularly when we all know that US presidents have never criticized Israeli prime ministers in public. Netanyahu, we are told, “fumes at reportedly being called ‘chickenshit.’”[3] a pro-Israel congressional aide told Foreign Policy’s John Hudson, “There is a limit to how much you can shit all over the White House and expect to get every meeting you want.”[4]

Netanyahu responded to the “chickenshit” idea then, “I’m being attacked simply because I defend the State of Israel.”[5] Echoing Netanyahu, Economy Minister Naftali Bennett declared then:

“The prime minister of Israel is not a private person. He is the leader of the Jewish state and the entire Jewish people. Cursing the prime minister and calling him names is an insult not just to him but to the millions of Israeli citizens and Jews across the globe.”[6]

The “entire Jewish people”? Does that include Norman Finkelstein, who has written one scholarly study after another about how Israel has recently manipulated the political system in the Middle East, indiscriminately slaughtered and tortured Palestinian men, women and children?[7]

If Bennett is not willing to embrace Finkelstein in his political equation, then his statement was a categorical lie. We have enough evidence to assume that he was lying because Finkelstein has been banned and deported from Israel for simply documenting Israel’s history of criminal activity.[8] Finkelstein’s parents, as we all know, died in Nazi Germany, and there he has no anti-Semitic bone in his vein. Yet he has unceremoniously been called a vicious anti-Semite by thought police and pseudo academics like Alan Dershowitz.

In any event, this was not the first time that Benjamin Netanyahu was insulted. Israeli opposition leader Isaac Herzog declared: “Netanyahu is acting like a political pyromaniac, and he has brought our relations with the United States to an unprecedented low.”[9]

Currently Washington is in concerts with European leaders to bring back the Iran deal. White House press secretary Jen Psaki says: “If Iran comes back into full compliance with the obligations” of the nuclear deal, “the United States would do the same, and then use that as a platform to build a longer and stronger agreement that also addresses other areas of concern.” Iran has been in compliance since the beginning of time. This was one reason the Obama administration had a deal.

We can have another deal with the Biden administration. All they need to do at this time is keep Benjamin Netanyahu in Tel Aviv. US officials also need to get EarPods. Why? When Netanyahu is kicking and screaming and shouting and yelling like a baby who hasn’t gotten his milk, they can just put those EarPods on. That will end the political noise.