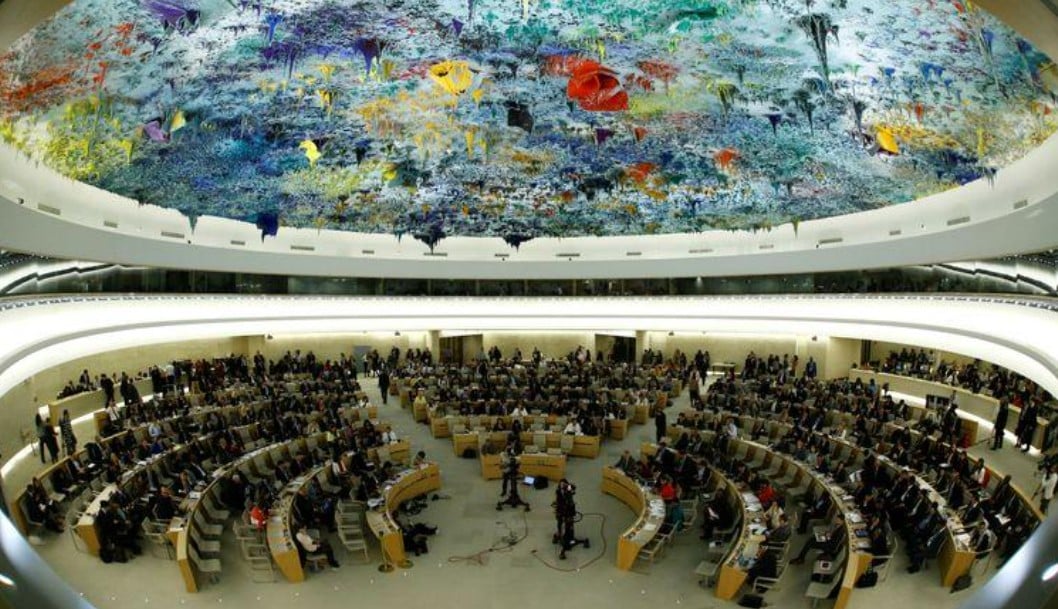 Jim and Gordon have addressed the UNHRC 3 times as delegates…

The @UN Human Rights Council is flawed and needs reform, but walking away won’t fix it. The best way to improve the Council, so it can achieve its potential, is through robust and principled U.S. leadership. Under @POTUS Biden, we are reengaging and ready to lead.

NPR: The U.S. will reengage “immediately and robustly” with the U.N. Human Rights Council, the State Department says, citing an order from President Biden. The move reverses the position of the Trump administration, which withdrew from the council in 2018.

The change is part of Biden’s plan to reshape U.S. foreign policy to center “on democracy, human rights, and equality,” Secretary of State Antony Blinken said in a statement early Monday.

The Trump administration had criticized the U.N. council on two fronts. It said the group had lost credibility by including nations with deplorable human-rights records, such as China and Venezuela. And former Secretary of State Mike Pompeo accused the council of having a “disproportionate focus on Israel” — language that his successor echoed Monday.

The UN Human Rights Council doesn’t improve human rights. It covers for dictators & human rights abusers like Russia, China, & Venezuela. Sad to see the Biden admin legitimize an org that has become a farce to human rights advocates around the world. https://t.co/1tsJTG0oix

“We recognize that the Human Rights Council is a flawed body, in need of reform to its agenda, membership, and focus, including its disproportionate focus on Israel,” Blinken said. “However, our withdrawal in June 2018 did nothing to encourage meaningful change, but instead created a vacuum of U.S. leadership, which countries with authoritarian agendas have used to their advantage.”

The Biden admin is re-engaging with the UN Human Rights Council. Under Trump, who left the council, the group nearly launched a high-level probe of racism in the US post-George Floyd. The Trump admin scrambled to prevent it. My past story on that: https://t.co/jBvbh8FKNm

Even with its flaws, Blinken said, the council provides a way to promote basic human rights that are under attack. He cited “freedoms of expression, association and assembly, and religion or belief as well as the fundamental rights of women, girls, LGBTQI+ persons, and other marginalized communities.”

The U.S. won’t be rejoining the 47-member body right away, according to the State Department announcement. For now, it will act as an observer, seeking to weigh in on questions before the council, the secretary said. The U.S. will also work on introducing new resolutions by working with its diplomatic allies, he added.  read more