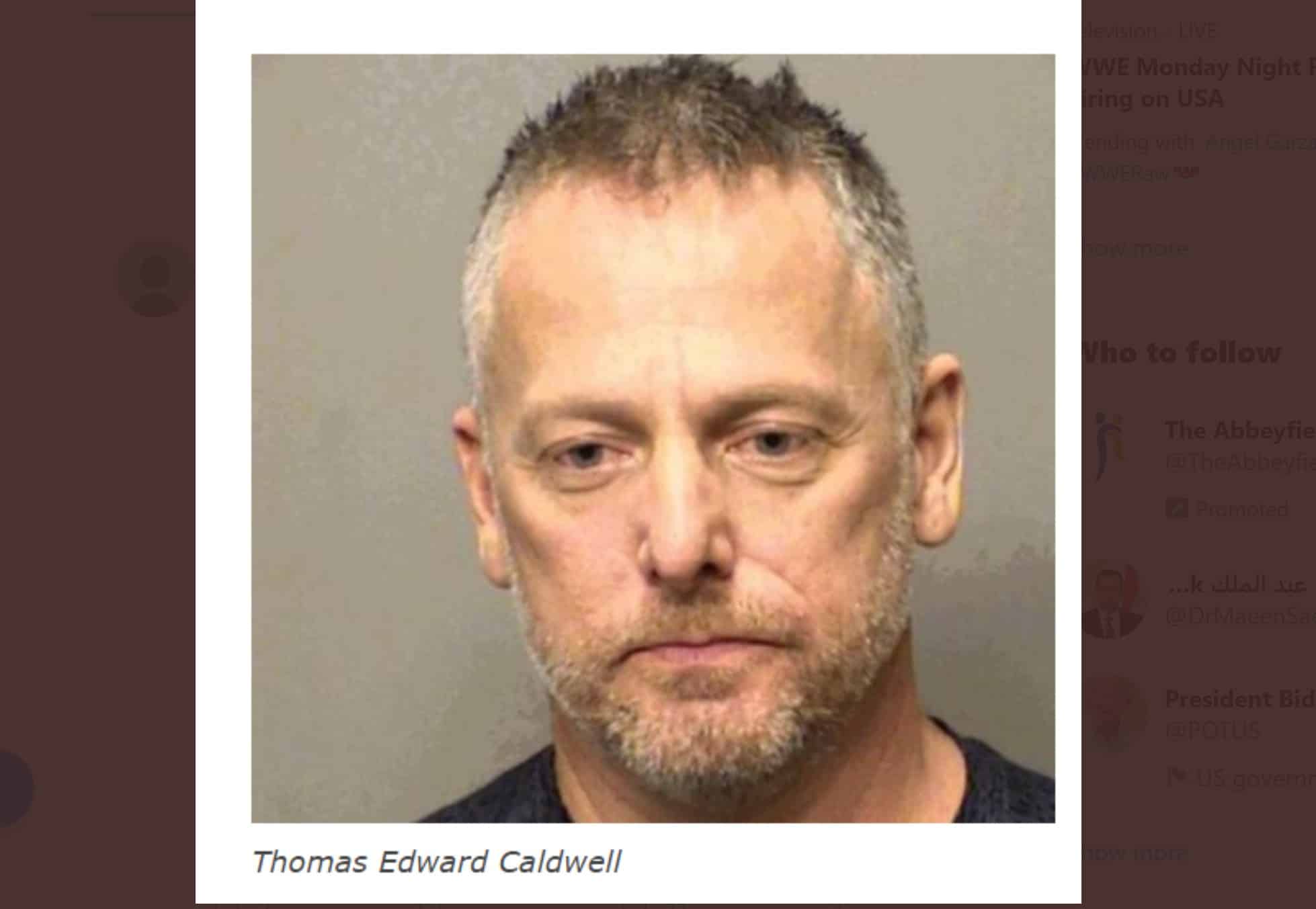 Did Caldwell use FBI resources to plan the Capitol attack?  Reports say Caldwell worked directly with Roger Stone, supplying his personal security but did Stone and Caldwell have a bigger role?

Raw Story: Thomas Edward Caldwell was arrested on January 19th and charged with five counts for his alleged role in the fatal January 6th insurrection at the U.S. Capitol.

“Based on communications between Caldwell and other known and unknown Oath Keepers members, Caldwell appears to have a leadership role within Oath Keepers,” an FBI special agent swore in an affidavit in support of the criminal complaint and arrest warrant.

Isn't that one of Thomas Edward Caldwell's people (or Caldwell himself? to his right with the death's head sweatshirt and the OathKeepers hat?
Caldwell was arrested Jan. 19 for conspiracy etc. https://t.co/QBXYdUUEsc

“He has held Top Secret Security Clearance since 1979 and has undergone multiple Special Background Investigations in support of his clearances. After retiring from the Navy, he worked as a section chief for the Federal Bureau of Investigation from 2009-2010 as a GS-12.

Thomas Edward Caldwell was arrested on January 19th and charged with five counts for his alleged role in the fatal January 6th insurrection at the U.S. Capitol. https://t.co/Dm78KUq9u8

He also formed and operated a consulting firm performing work, often classified, for U.S. government customers including the U.S. Drug Enforcement Agency, the Department of Housing and Urban Development, the U.S. Coast Guard, and the U.S. Army Personnel Command,” the defense lawyers submitted.