Donald Trump is alleged to have violated Georgia criminal statutes in a phone call to Georgia Secretary of State Brad Raffensperger, a call that was overheard by several witnesses and recorded.

A full recording and transcript below, supplied by CNN.  This is the Georgia Statute that applies:

Universal Citation: GA Code § 21-2-604 (2016)
(a) (1) A person commits the offense of criminal solicitation to commit election fraud in the first degree when, with intent that another person engage in conduct constituting a felony under this article, he or she solicits, requests, commands, importunes, or otherwise attempts to cause the other person to engage in such conduct.  From US News in January:

The phone call was a “flagrant federal criminal violation,” said Jessica Levinson, a professor at Loyola Law School in California, adding that it appeared that Trump was using threats to push Raffensperger to alter a legitimate vote count.

Raffensperger on Monday told ABC’s “Good Morning America” program that a criminal investigation into Trump’s actions could be launched in the state by an Atlanta-area prosecutor, Fulton County District Attorney Fani Willis. 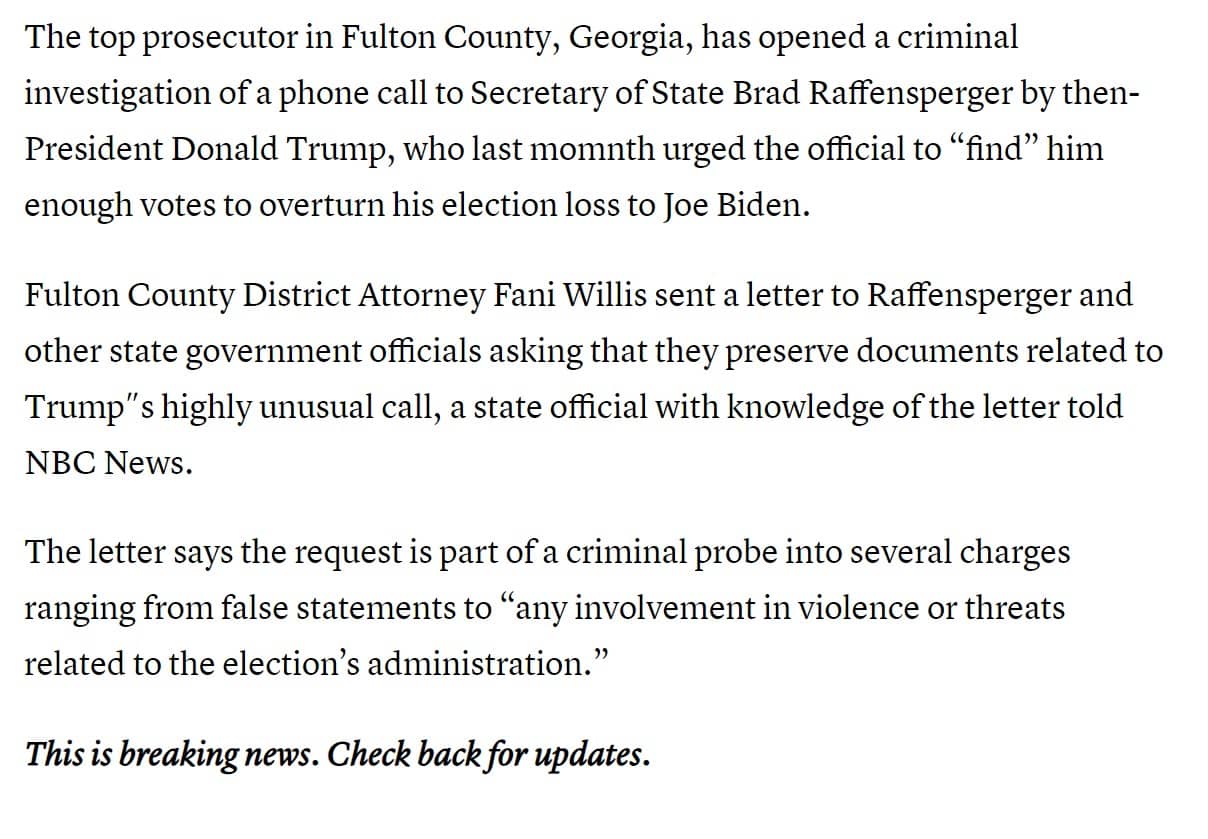 Prosecutors in Georgia have opened up a criminal investigation into former President Trump’s infamous January phone call in which he asked the state’s top elections official to “find” the voters to reverse his loss in the state. https://t.co/s4dZFCDL9C

Here is the full transcript and audio of the hour-long call.

CNN has obtained the full January 2 audio call between President Donald Trump and Georgia Secretary of State Brad Raffensperger. Trump is joined on the call by White House chief of staff Mark Meadows and several lawyers. CNN obtained the audio from a source who was on the call and had direct knowledge of the conversation. CNN has redacted the name of one individual about whom Trump made unsubstantiated claims.