…by Glenn Kirschner, with Team Justice

[ Editor’s Note: It was quite the dramatic contrast between the two parties yesterday, where we watched the Republican side, most of them anyway, redefine themselves as the Insurrection Party, which they have cast as consisting of uber-patriots.

The Senate “trial” is an acknowledged political one, with the incredible twist that those Republicans who supported the coup are sitting as judges.

The only benefit for the Democrats is that the Republicans who vote for an acquittal will be hanging a target on their backs forever as sedition supporters.

The odds are slim that enough of them will cross over to trigger a Senate conviction, but it is possible due to the ghastly presentation that Trump’s lawyers have made. I suspect they will join the long list of attorneys that Trump has refused to pay for one reason or another.

Trump has indicated that he is coming out of hibernation after the Senate trial, to visibly establish his control of the Republican party, and to begin campaigning to remove all non-pro Trump Congressmen in 2022 and 24 elections. He will have the resources to do that.

The big question will be how much the anticipated criminal prosecutions affect that effort, which could include aiding Trump as he plays the martyr being pursued by a Biden mob. No, I am not making this up. He could actually frame himself like that.

The big question at VT is will the Biden Justice Department be allowed to dig into the Trump team co-conspirators, including his family, or would it fear that it might look like overkill. I will see you on the other side of the trial tomorrow morning… Jim W. Dean ] 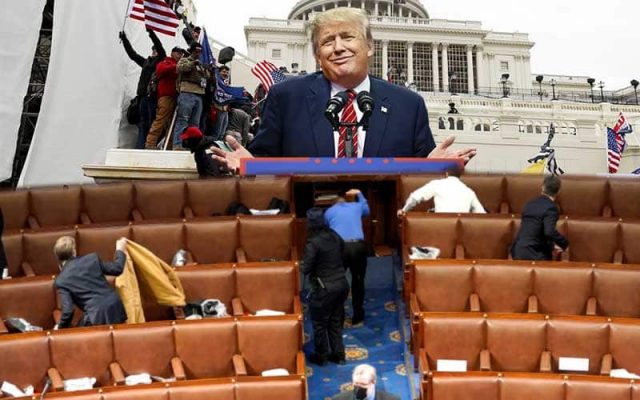 Here is a quick recap of day one of Donald Trump’s SECOND impeachment trial. We had the unique opportunity to see lawyering at opposite ends of the quality spectrum.

And we discuss the troubling result of 44 Republican senators apparently happy to give trump cover for launching a deadly insurrection on the US Capitol.