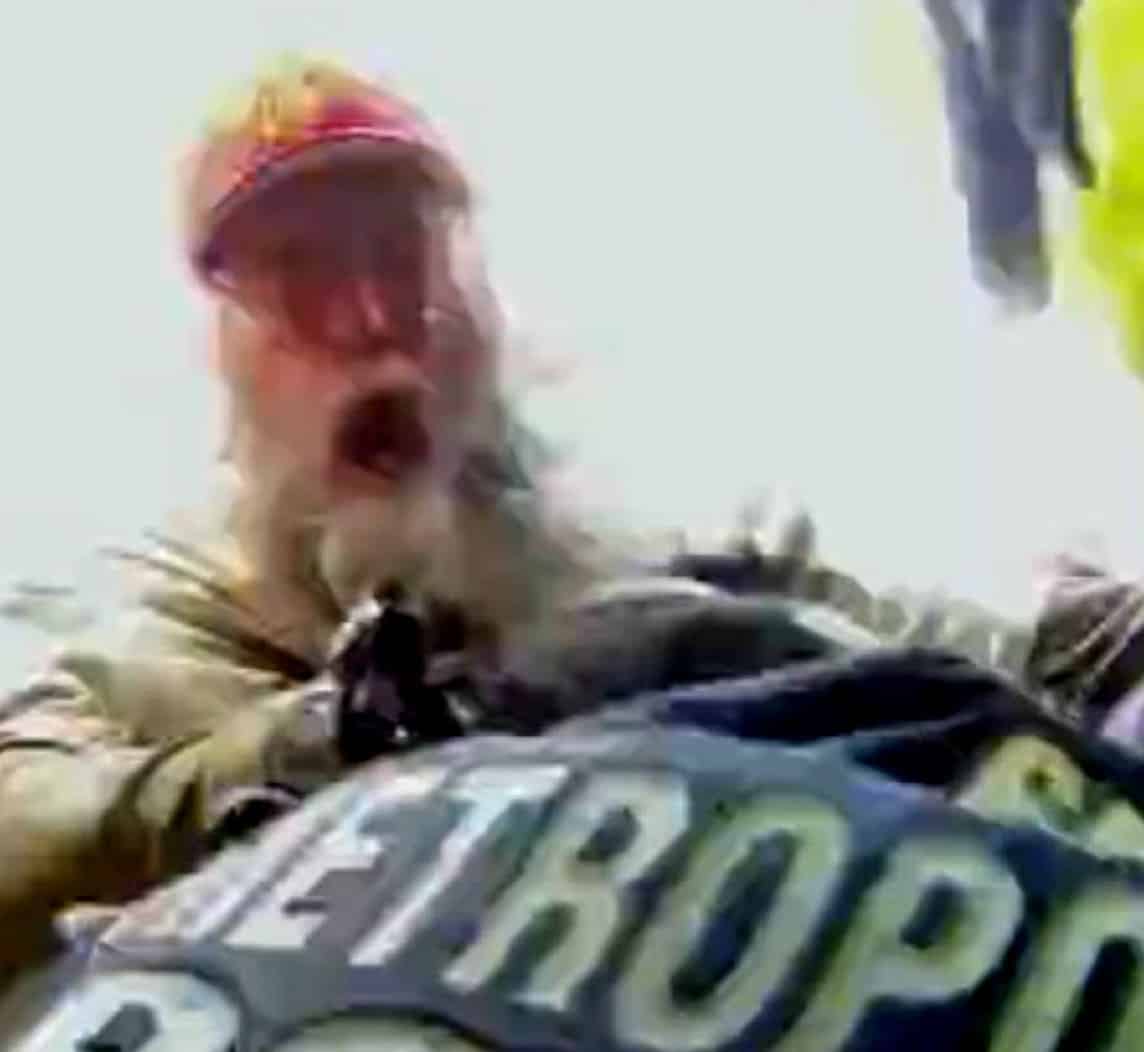 Lopatic, who claims to be a Marine veteran (way too young for Vietnam…so “veteran of what?) is wearing a PTSD/Trump sweat shirt as he pounds one officer on the head and steals a bodycam from another.

We expect him to be bailed and sent on a Caribbean Cruise, paid for by a prominent Israeli billionaire…

LANCASTER COUNTY, Pa. — Federal investigators charge a Lancaster County man in connection to the riots in Washington D.C. on January 6.

What can one say about treasonous birdie slayer Michael Lopatic?

Well, one hopes in jail, he'll be rid of his parasites & have a shower?https://t.co/iEkQ3W7oxm

Federal prosecutors say that Lopatic can be seen on body camera footage, lunging at a Washington D.C. Metropolitan police officer and repeatedly punching him in the head.

He is also accused of stealing another officer’s body camera during the riot, then reportedly told FBI agents when he was arrested, that he disposed of the camera on his way home to Lancaster County.

Federal court filings show Lopatic made several social media posts after the general election with pictures of animals he hunted, and had named after democratic leaders including now President Joe Biden and Vice President Kamala Harris.

Lopatic will remain in custody until his trial.