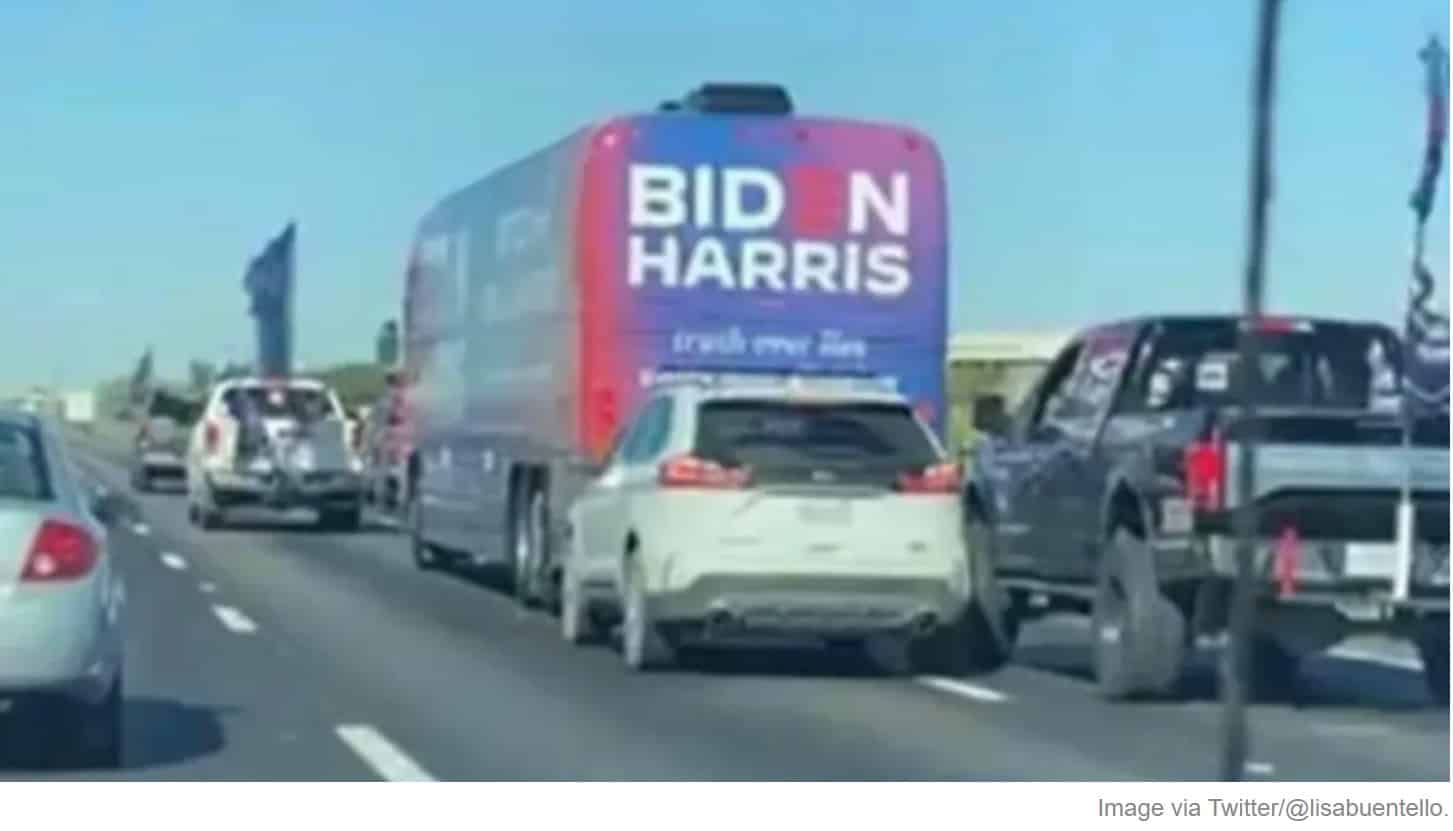 Raw Story: Back in October, just days before the presidential election, a Biden-Harris campaign was forced to cancel an event after one of its buses was swarmed by a caravan of Trump supporters in central Texas. Now, that incident could play a key role in former President Donald Trump’s impeachment trial.

According to KXAN, the Texas incident could be used as an example of the violence Trump incited leading up to the insurrection at the U.S. Capitol on Jan. 6. Although the incident happened months prior to the Capitol insurrection, the disturbing incident could be referenced as an example of how Trump’s rhetoric has incited violence. The House trial memorandum details the incident and how it correlates with the violence that erupted on Capitol hill.

“October 30, when a caravan of his supporters in Texas attacked a bus full of Biden campaign workers, nearly running it off the road, President Trump tweeted a stylized video of the caravan and captioned it, ‘I LOVE TEXAS!’ Days later, he declared that ‘these patriots’—who could easily have killed a busload of innocent campaign staff—’did nothing wrong,'” the House trial memorandum reads.